New York Jets at Chargers: Who has the edge? 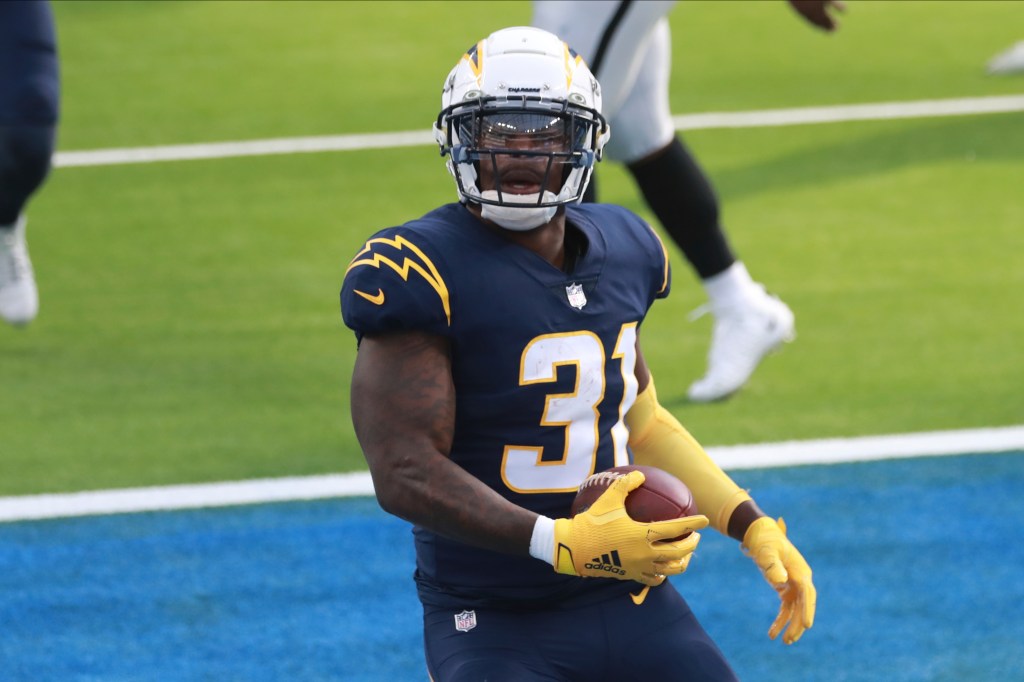 What’s at stake? Not being the first team to lose to the Jets this season. Chargers defensive end Joey Bosa told his teammates not to take the Jets lightly because he knows what it’s like to lose to a winless team 11 weeks into a season. The Chargers lost to an 0-14 Cleveland Browns team during Bosa’s rookie season in 2016. But the Chargers shouldn’t be concerned about the Jets’ winless streak. The Chargers are on a three-game losing streak and have lost seven of their past eight games. The Chargers are heavy favorites at home, but they desperately need a win. They might have all the pressure to avoid embarrassment versus the Jets.

Who’s better? Clearly the Chargers, but not by a wide margin. The Chargers were exposed by the Miami Dolphins last week. They have bigger issues than closing out one-score games. The Chargers’ special teams had a dreadful outing against the Dolphins, but they’ve made many costly mistakes throughout the season. The defense has failed to create game-changing plays, lacking takeaways and sacks this season. The Jets are coming off their best performance of the season when they pushed the New England Patriots until the final minutes before their bye week. The Chargers won’t face quarterback Sam Darnold, but backup Joe Flacco has given them fits over the years.

Matchup to watch: Bosa versus Jets’ rookie left tackle Mekhi Becton. Bosa will make his return after sustaining a concussion against the Denver Broncos on Nov. 1. Bosa said he was able to let his body recover from other nagging injuries while sitting out two games. Becton only played 15 snaps in his last game because he was sick with a cold. The massive 355-pound offensive lineman has been one of the best rookies in the NFL this season. Bosa struggled against Buccaneers rookie right tackle Tristan Wirfs in Week 4, but he was dealing with multiple injuries. A healthy Bosa will test the Jets’ talented rookie left tackle.

Chargers win if: They stop shooting themselves in the foot. The Chargers made silly mistakes on special teams and dropped three potential interceptions against the Dolphins. If they can capitalize on their opportunities, the Chargers might not have to sweat out a one-score game versus the winless Jets. It sounds simple, but the Chargers have had many sloppy games with head-scratching mistakes, like jumping offsides during a field-goal attempt last week.

Fantasy sleeper: OK, so rookie running back Joshua Kelley might not have his breakout fantasy game after all. Go with new primary running back Kalen Ballage, who has led the Chargers in rushing yards the past two games. Ballage has earned the trust of Chargers coach Anthony Lynn since joining the team in October. Ballage started the regular season with the Jets and was released after three games. He’ll be motivated for this revenge game. Now that Ballage has been jinxed, ignore this advice and start Kelley.

Prediction: Rookie quarterback Justin Herbert gave himself a lot of pressure after his new haircut went viral. If he doesn’t play well against the Jets, many will blame the buzz cut. But Herbert doesn’t need long hair to torch opposing defenses. He’ll have another multi-touchdown day and reach 400 passing yards for the first time in his career during the Chargers’ 38-27 victory against the Jets.