Netflix’s New Releases Coming in May 2022 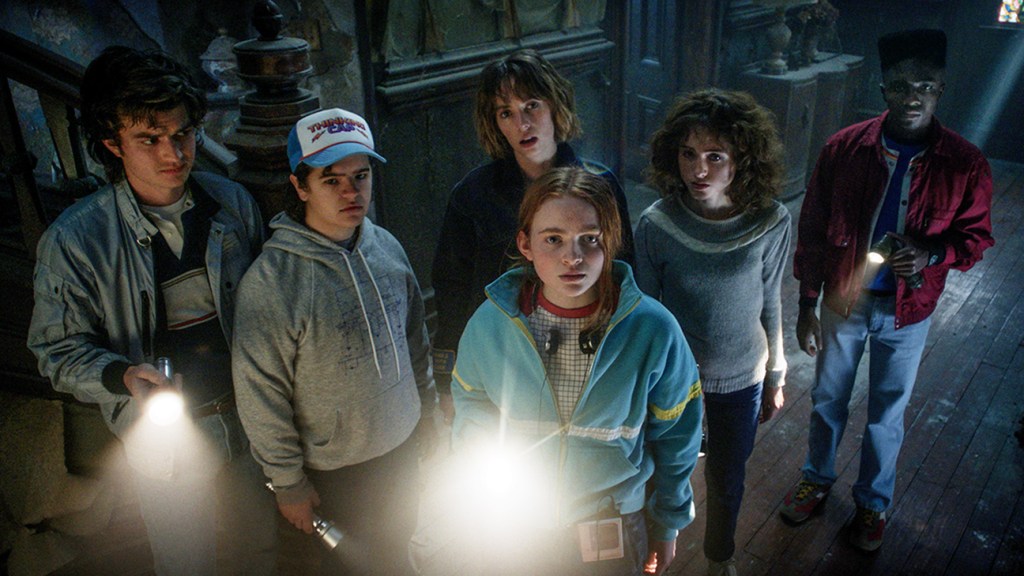 Part one of the fourth season of Stranger Things, Mike Myers’ new comedy The Pentaverate, the Colin Firth-led World War II spy drama Operation Mincemeat and a TV adaptation of Michael Connelly’s novels The Lincoln Lawyer are among the most anticipated titles coming to Netflix this May.

Debuting on May 10, Operation Mincemeat sees Firth star alongside Matthew MacFadyen as Ewen Montagu and Charles Cholmondeley, respectively — two British intelligence officers who hatch an impossible scheme. Based on true events, the duo plan to release a corpse with false documents attached in the sea in an attempt to mislead Nazi forces and give allies an advantage in the war. The film also stars Kelly Macdonald, Johnny Flynn, Penelope Wilton and Jason Isaacs.

May will also see the release of Rebel Wilson’s comedy Senior Year on May 13. Alex Hardcastle’s directorial debut, the film stars Wilson as Stephanie Conway, a high school cheerleader in 2002 who falls off a cheer pyramid, gets a head injury and goes into a coma ahead of her senior prom. When she wakes up 20 years later, she’s looking to live out her last high school year, now as a 37-year-old woman on a mission to become prom queen.

Other original films coming to Netflix this month include Meltdown: Three Mile Island, a doc releasing on May 5 from the acclaimed producers of Erin Brockovich about the near catastrophe at the Three Mile Island nuclear power plant in Pennsylvania, as well as A Perfect Pairing, a rom-com, starring Victoria Justice and Adam Demos, about an L.A. wine-company exec who travels to Australia to work as a ranch hand and finds love.

Library titles coming to Netflix in May include 42, A River Runs Through It, Corpse Bride, Harold & Kumar Go to White Castle, Jackass: The Movie, Forrest Gump, Rambo, The Lake House and When Harry Met Sally.

New Netflix original TV landing on the streamer in May includes the highly anticipated first batch of episodes for Stranger Things season four, which drop on May 27. The series picks up six months after the Battle of Starcourt, as the core group of Eleven, Mike and others struggle with the aftermath. Separated for the first time, they must face the most terrifying entity yet to emerge from The Upside Down while also navigating the complexities of high school.

On the TV front, Mike Myers returns with his new comedy The Pentaverate, a spin-off of the actor’s 1993 black comedy So I Married an Axe Murderer. Out on May 5, the series proposes that a secret society of five men has been “working to influence world events for the greater good since the Black Plague of 1347.” Myers plays — among other characters — Canadian reporter Ken Scarborough, a man tasked with saving the world and the group amid a dangerous threat from within.

Other TV originals releasing on the streamer in May include the TV adaptation of Michael Connelly’s bestselling The Lincoln Lawyer, hit reality game The Circle’s fourth season, the debut season of the U.S. take on Love on the Spectrum, the latest Boss Baby entry Back in the Crib, the third volume of Tim Miller and David Fincher’s animated anthology Love, Death & Robots, and the sophomore run of Bling Empire, which follows beloved L.A. “uber-rich” Asians.

Read on for the complete list of titles coming to Netflix this May.

May 2
Octonauts: Above & Beyond: Season 2

May 3
Hold Your Breath: The Ice Dive

May 9
Ghost in the Shell: SAC_2045 Sustainable War

May 16
Blippi’s Adventures
Servant of the People: Season 2-3
Vampire in the Garden

May 17
Cyber Hell: Exposing an Internet Horror
Love on the Spectrum U.S.
The Perfect Family
Toscana
Who Killed Sara?: Season 3

May 19
A Perfect Pairing
The Boss Baby: Back in the Crib
The G Word with Adam Conover
Insiders: Season 2
The Photographer: Murder in Pinamar
Rodrigo Sant’Anna: I’ve Arrived

May 20
Ben Is Back
F*ck Love Too
Jackass 4.5
Love, Death & Robots: Volume 3
Wrong Side of the Tracks