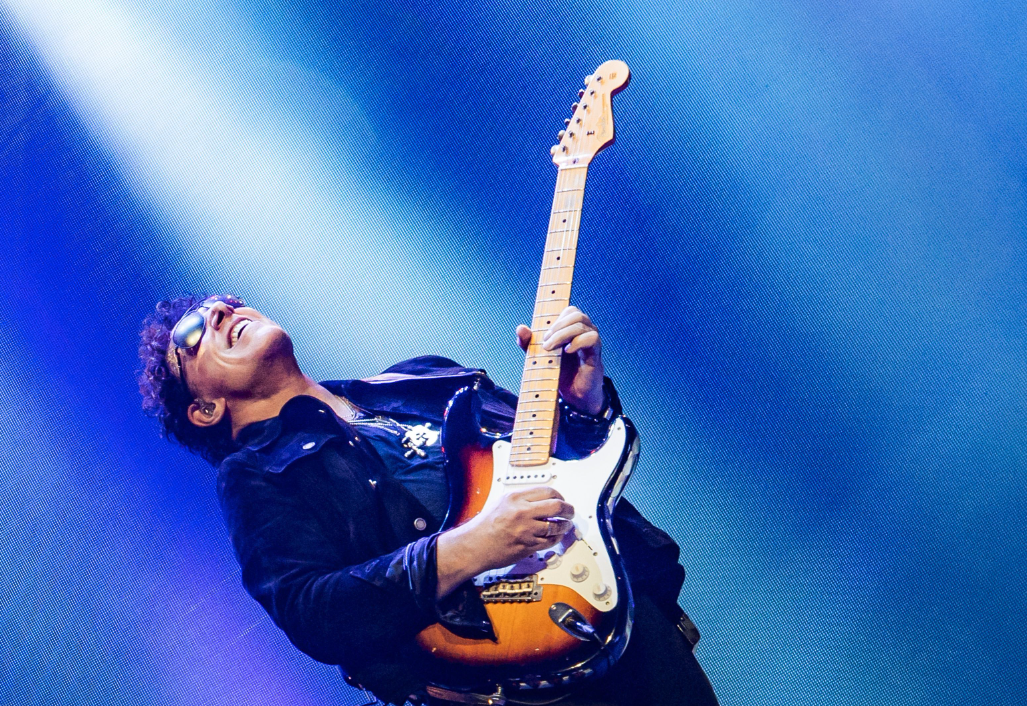 Schon went deep on Journey’s early days, as well as his own. The conversation begins with Schon recounting how he began playing guitar at age 10 and then how his life changed when he played onstage with Santana just seven years later. Schon also discusses his friendship with Steve Perry and what it was like writing together for the first time. Of course, Schon also detailed the story behind their timeless smash hit, “Don’t Stop Believin’” including the Teddy Swims version.

On the last episode, Lipps spoke with the actor and musician Michael C. Hall. The frontman of Princess Goes to the Butterfly Museum was accompanied by his bandmates Peter Yanowitz and Matt Katz-Bohen. Hall had a lot to share pertaining to his music career, like the time he sang David Bowie songs in front of David Bowie. The trio also traces the band’s origins (they met on the production of Hedwig and the Angry Inch) and explains if playing a serial killer influences his lyrics. He also hints if there’s going to be a Dexter sequel (to the sequel).

Every couple of weeks, a new episode of SPIN Presents Lipps Service is available wherever you consume podcasts (Apple, etc.). Listen below to the full episode with Neal Schon.