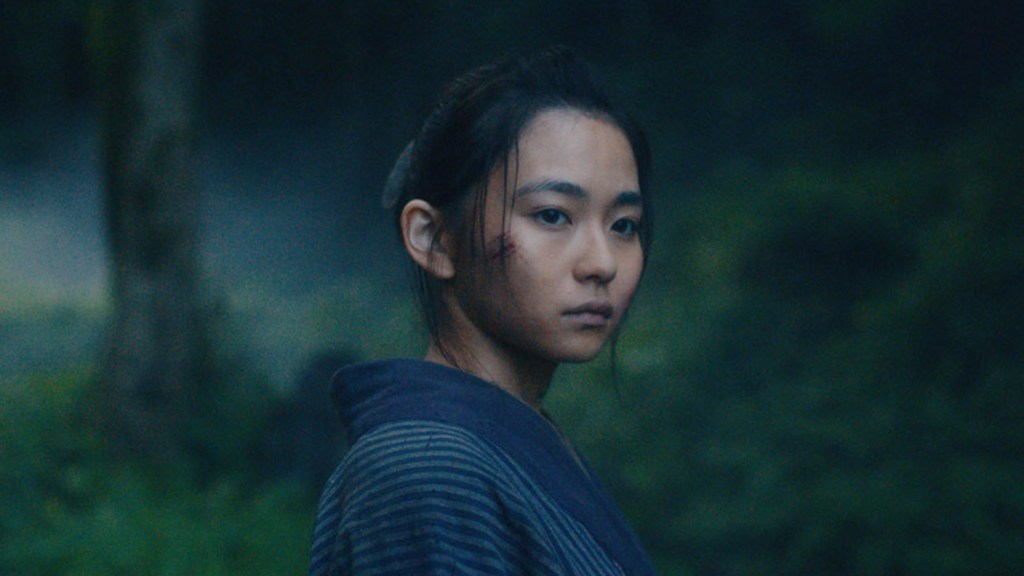 At the close of the 18th century, a long and devastating famine swept across the Tohoku region of northeastern Japan. The cause was a volcano eruption, followed by several years of catastrophically bad weather. The result was close to a million deaths from starvation.

Such is the setting for Mountain Woman, a bleak period drama from writer-director Takeshi Fukunaga that uses the famine as a backdrop to depict one young woman’s harrowing quest for survival. Beautifully shot by cinematographer Daniel Satinoff (who worked on the HBO Max series Tokyo Vice), the film has its moments of haunting visual poetry, but tends to get weighed down by a lumbering plot and a fair amount of pathos.

The Bottom Line A bleak if beautifully made portrait of rural strife.

Fukunaga broke through in the U.S. in 2015 with his debut, Out of My Hand, which was nominated for an Independent Spirit award and was released by Ava DuVernay’s ARRAY label. He showcases a similar skill level in Mountain Woman, especially when he channels the quiet, moody rhythms of a tiny village forever on the brink of disaster — a place where people are driven to extremes by unlivable conditions.

The story — co-written with Ikue Osada — centers around Rin (the illuminating Anna Yamada), the daughter of a farmer, Ihei (Masatoshi Nagase), who’s already lost much of his land for crimes that were apparently committed by his ancestors. With nothing to eat and no sunlight to help new crops grow, Ihei and the other villagers stoop to increasingly low levels of desperation, with only blind faith to guide them along.

That faith takes the form of a legend claiming that the sacrifice of a young virgin to the gods on nearby Mount Hayachine could save the village. Soon enough, Rin is chosen to be the offering, but not before she runs away from town after her father is accused of stealing food.

While in the woods, Rin crosses paths with a scraggly hermit (Mirai Moriyama) who looks like The Lorax and who feasts off the raw flesh of animals as a means to survive. He starts to teach Rin the ways of the forest until the townspeople, including a love interest, Taizo (Ryutaro Ninomiya), catch up with her.

Fukunaga directs in a polished if solemn manner, emphasizing the hopelessness in a situation that, let’s face it, is fairly hopeless. His film begins with a father snuffing out his newborn child immediately after birth to avoid having another mouth to feed, and things don’t necessarily get better from there. The staid tone can feel monotonous after a certain point, even if the performances are solid, and Mountain Woman never picks up the pace or mood enough to break from its shell of strife and persecution.

The last act, where Rin is rounded up and brought back to the village, does add some late suspense to the plot, with the others left to decide what to do with her. Suffice it to say that they’re so hungry by then, they’re thinking much more with their stomachs than with their brains. Perhaps the most telling scene of all is one that occurs earlier, when the townspeople line up for food handouts from the local chieftain, rejoicing after they’ve been given enough rice to fill a tiny part of a bento box.

Desperate times call for desperate measures, and Fukunaga does capture that spirit well. Working with the talented Satinoff, he gives his movie a textured look filled with crisp, muted colors that underline the power and beauty of the surroundings. Nature decides everything for these people, including whether they will live or die. By the time Rin faces her fate, her own will hardly matters anymore, and whatever caused the famine in the first place will also determine if she will be its next victim.

2022-10-25
Previous Post: Will Smith Hosts “Epic” Screening of ‘Emancipation’ With Rihanna, Dave Chappelle and Tyler Perry as Guests
Next Post: Celebrities Do Halloween Costumes With Their Family, Killer Group Shots