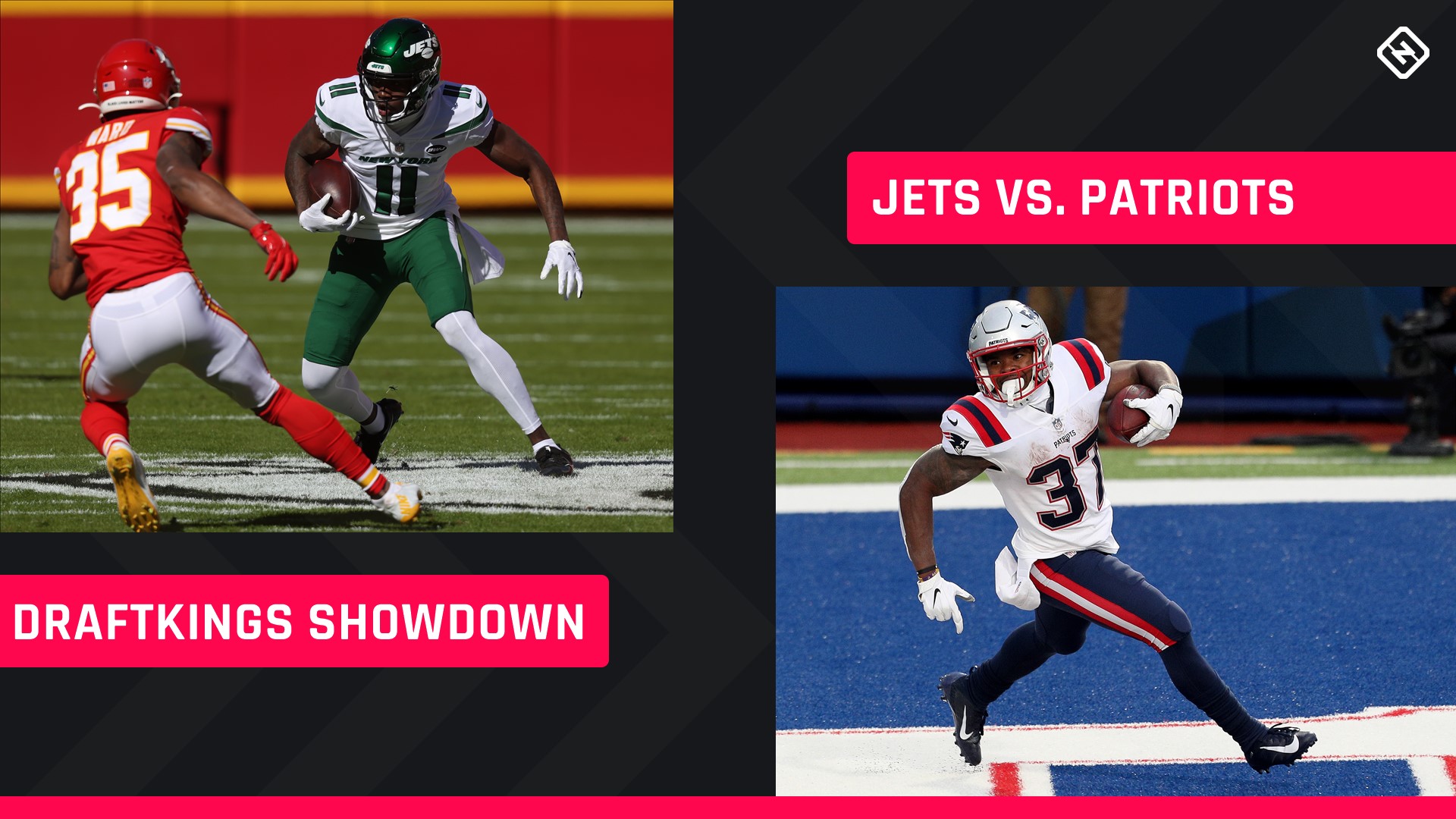 It’s not often that Jets vs. Patriots has no impact on the AFC East playoff picture. This year, Week 9’s Monday Night Football will mostly determine the NFL Draft order for 2021. New York is without Sam Darnold, and New England is without its top receivers. So, in what promises to be a weird game, our DraftKings Showdown lineup gets plenty weird in the hopes that some of our oddball picks have tournament-winning upside.

In this case, that means fading Cam Newton. He’s looked washed lately, so we’ll just hope he doesn’t get a cheap rushing touchdown to salvage his day. The game flow we’re counting on is Patriots running and Jets passing to keep up, which certainly could happen. A former Senator from Delaware is expected to be officially declared President of the United States soon, so why not use a quarterback from Delaware in our DFS lineup?

MORE DK SHOWDOWN: How to win a Showdown contest

Mims is likely the most-talented Jets receiver, but the rookie from Baylor is still an inconsistent player at this stage of his career. We’ll hope that Joe Flacco’s presence actually helps Mims by airing it out deep a few times, and the absence of Stephon Gilmore is definitely a plus for this talented youngster.

Crowder has missed the past two weeks with a groin injury, so check to be sure he’s active as expected. If he is, his price might scare others off, but this is a game flow that could lead to lots of receptions for Crowder in DK scoring that awards a point per catch.

Again, check to see that Harris (ankle) is playing, and then hold your breath that Bill Belichick doesn’t ruin the good thing that Harris has going. In a game New England should have a decent chance of leading, the Harris ground-and-pound attack could pay off.

Why not? Well, there are definitely reasons not to do this, but we have to take a shot in what promises to be a weird game. You’re not gonna win your tournament by just counting on a highly owned Cam Newton. So, let’s go with Flacco, who might have to throw to stay in this game and isn’t totally washed up.

The New England receiver injuries have helped Meyers, who caught six of his 10 targets a week ago. There’s no reason to expect that to change for the former quarterback, who showed a good rapport with Newton on all sorts of routes against Buffalo in Week 8.

Olszewski played 42 offensive snaps a week ago even though he wasn’t targeted and ran just once. We’re going to be on the snap count leading us in the right direction here on a player who would be a supreme value even with just three or four touches instead of one.

2020-11-08
Previous Post: iDKHOW Have No Rules
Next Post: A Tiny New Publisher Is Making Food Books to Raise Money for Restaurants