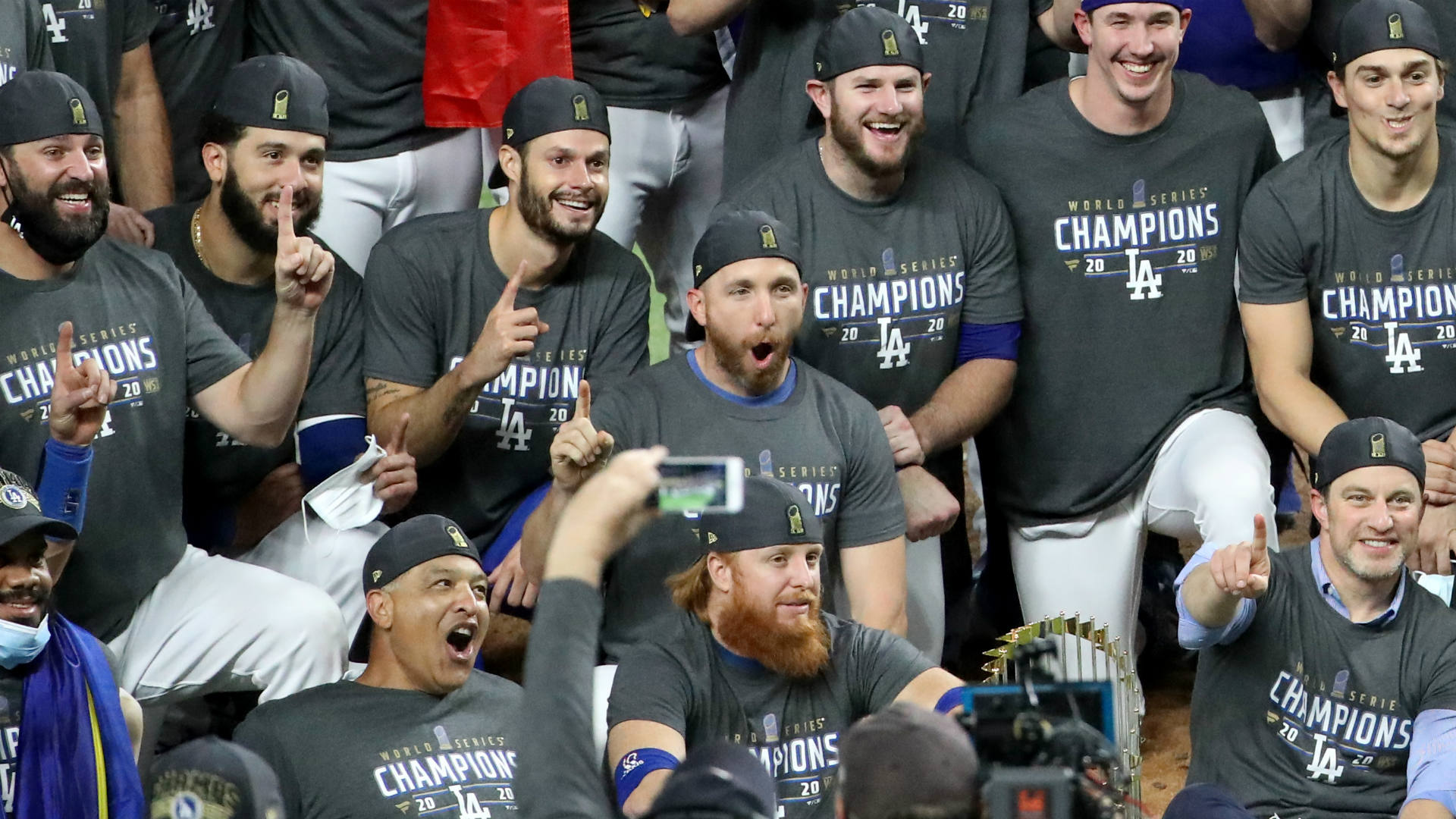 MLB accepted some of the blame Friday for Justin Turner celebrating with teammates following the Dodgers’ World Series title win last month even though it was known Turner was infected with COVID-19. Turner took some responsibility, too. The Dodgers were assigned most of the rest.

And so, thanks to all of that blame-sharing, Turner will pay no real price for his actions.

TURNER TIMELINE: The when and why behind the incident

Baseball commissioner Rob Manfred said in a statement (via MLB.com) that MLB would not discipline Turner for the celebration. The Dodgers didn’t sanction Turner prior to him becoming a free agent last week.

Manfred offered an account of what happened the night of Oct. 27 at Globe Life FIeld in Arlington, Texas, after the Dodgers had defeated the Rays for the title. A lot of it focused on how the team created the conditions for Turner to be on the field.

First, according to Manfred, Dodgers players were urging Turner to join them, believing the camaraderie was worth any additional health risk.

Second, a club employee gave Turner the impression he could return for postgame festivities after being removed from LA’s clinching Game 6 victory in the eighth inning following a second positive test in 24 hours. Further, at least two team employees stayed silent as Turner came out to take pictures with his wife, Kourtney.

Third, an unidentified person told Turner that other Dodgers had tested positive, which led Turner to believe “he was being singled out for isolation,” Manfred said.

As for MLB’s culpability, Manfred said baseball should have had a security person assigned to watch Turner while he was isolated and that Turner should have been sent back to the team’s hotel sooner. Turner said in a separate statement that he and his wife were in a doctor’s office behind the clubhouse for the game’s final two innings.

“Staging a baseball season during the COVID-19 pandemic is an incredibly difficult undertaking and it required significant sacrifices and an enormous amount of work by players, club staff and the Commissioner’s Office. We all have made mistakes as we navigated these unprecedented challenges and have tried to learn from those mistakes so they are not repeated,” Manfred said.

Turner said in his statement that he initially returned to the field just to take the photos with his wife. He said the picture-taking “turned into several greetings and photos where I briefly and unwisely removed my mask. In hindsight, I should have waited until the field was clear of others to take that photo with my wife.”

“I sincerely apologize to everyone on the field for failing to appreciate the risks of returning to the field,” he said.

His move looked even more questionable after Manfred lauded Turner in his statement for helping to ensure the team followed MLB’s COVID-19 protocols during the season.

Dodgers president and CEO Stan Kasten, in his own statement, called the Turner incident “regrettable” but added that the situation on the field immediately after Game 6 was “chaotic.”

“The Dodger organization takes the health and safety of everyone associated with staging a baseball game extraordinarily seriously, and are committed to putting in place better processes for future events,” Kasten said.