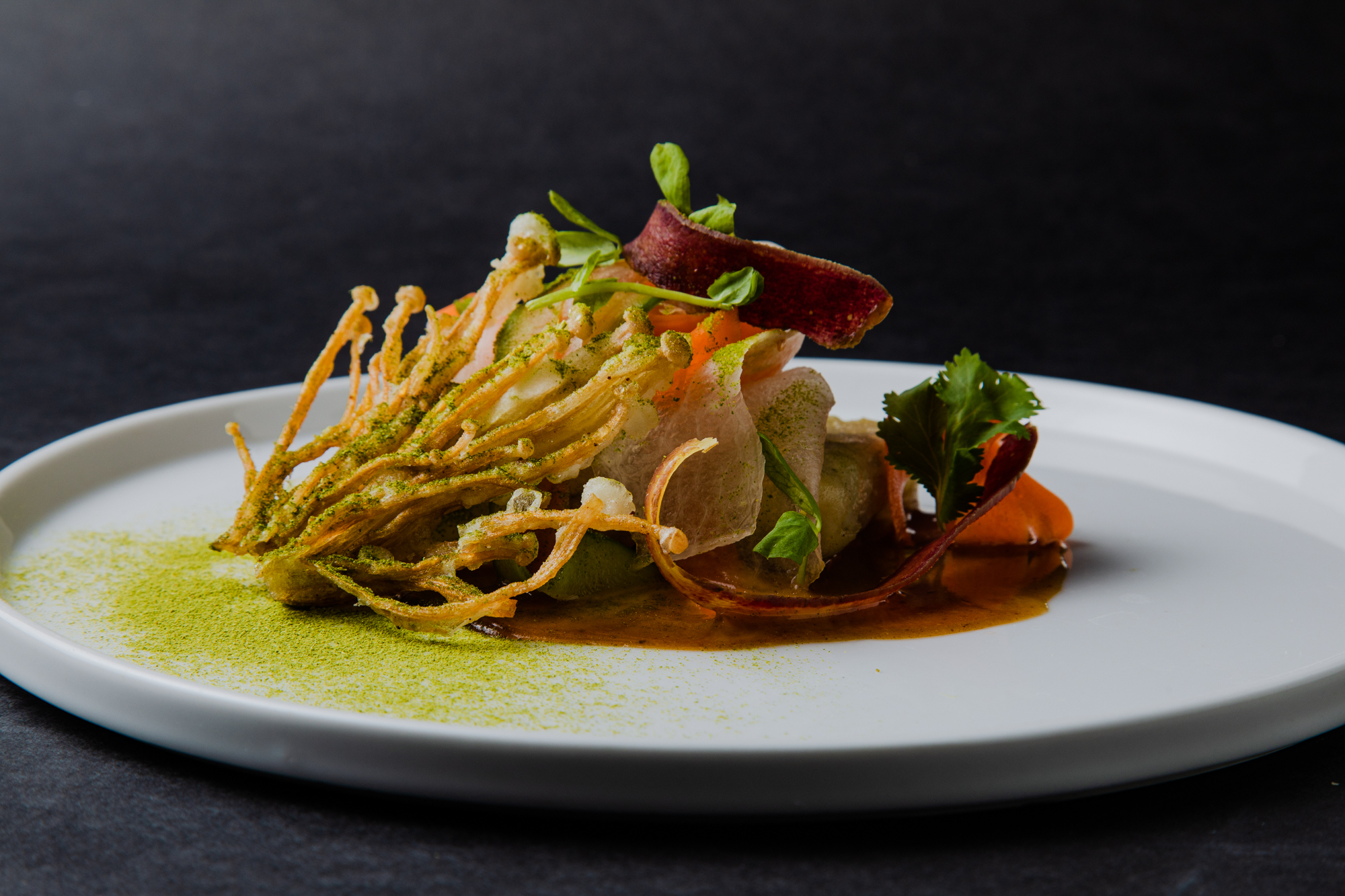 Well, talk about doubling down. After a 2020 hiatus, the Michelin Guide is back in California with eight new Michelin-starred restaurants in Los Angeles—all of them at the fine dining level and above—including Hayato, a kaiseki dinner spot that received an upgrade from one to two stars. Phenakite, an outdoor dinner pop-up turned permanent fixture by Porridge + Puffs’ Minh Phan, also received star recognition.

Continuing in the same vein as its 2019 return to Southern California, the French tire company’s 2021 guide once again eschewed awarding stars to L.A.’s more casual eateries and street food vendors—an omission made even more glaring when you consider the fact that stalls and more budget-friendly eateries in Hong Kong and Macau, to name a few cities, have received stars in the past. This year’s edition recognized high-end spots like Gucci Osteria in Beverly Hills and Josiah Citrin’s Mélisse in Santa Monica, passing over Mexican and Korean spots like Bell’s La Casita Mexicana and Park’s BBQ in K-town for its highest honors.

Across the entire state, Michelin awarded new stars to 27 restaurants, including Bell’s in Los Alamos (as part of the guide to California’s Central Coast) and Costa Mesa’s Knife Pleat (Orange County).

By the international food system’s standards, no dining experience across SoCal is worthy of three Michelin stars, the guide’s highest accolades—a status conferred upon six Bay Area restaurants, including the French Laundry and Los Gatos’ Manresa.

This year’s Michelin guide also conferred the food world achievement of a lifetime not once, but twice over, for Phillip Frankland Lee, who received one star for Encino’s Pasta | Bar with his wife and pastry chef, Margarita Kallas-Lee. The couple are also co-owners of Sushi | Bar Montecito up in Santa Barbara, which the guide granted a star, as well. Under the culinary direction of Lee’s brother, Lennon Silvers-Lee, Michelin described the sushi spot, last listed as a New Discovery in 2019, as “no ordinary omakase eatery.”

“That I get to share this with my wife and my brother—that’s fucking cool,” Lee said, extending the same recognition to Nate Taeur, the head chef of Pasta | Bar. Being passed over by Michelin back in 2019 might have slightly desensitized him to the guide’s external validation, Lee added, but the chef, an L.A. native, was still at a loss for words when reached by phone the day of the public announcement.

In contrast, Phenakite’s chef-owner Minh Phan said she finds the restaurant’s Michelin star completely unnecessary. “I don’t really work towards accolades, but I also understand that for my team it’s very encouraging,” she told Time Out L.A. over the phone. “It gives universal currency.”

Named after the rare crystal, Phenakite’s name is apt for a project “born out of destruction and pressure,” as Phan told the Los Angeles Times last October. Started as an outdoor fine dining series at Second Home Hollywood in the fall of 2020, Phan’s pandemic-era concept is concrete proof that entirely new, critically acclaimed culinary excellence can thrive even amid a global health crisis.

While she finds the international recognition “pretty cool,” the Vietnamese American chef said she hopes that Phenakite’s Michelin star status is a step towards greater inclusivity and a better understanding of the scope of the city’s dining scene.

Despite the guide’s regional shortcomings, the international prestige of a Michelin star is undeniable in the culinary world, with many chefs and restaurateurs considering the iconic red-and-white stars a professional crown jewel that symbolizes years, if not decades, of consistent excellence and achievement. Time Out L.A. sends congratulations to all the city’s winners, listed here alphabetically and by number of stars: