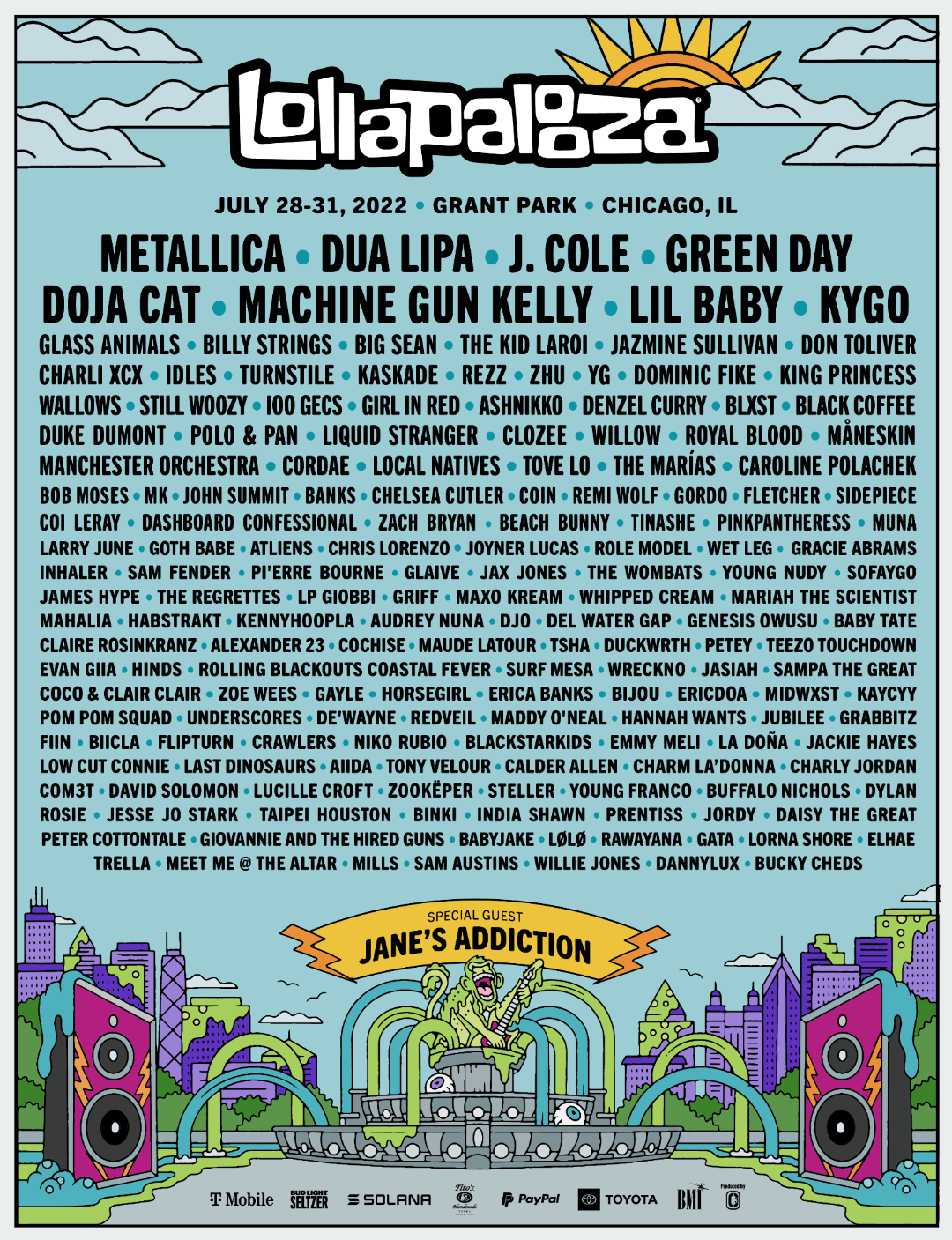 Last year, Lollapalooza was the first major festival to return in the face of the pandemic. Today, it announced its lineup for the annual event in Chicago’s Grant Park.

2022-03-22
Previous Post: carolesdaughter: “Music saved me; music gave my life purpose”
Next Post: Labyrinthitis Is All About Destroyer Having Fun