Saturday Night Live kicks off its 48th season on Oct. 1. Today, the sketch comedy show announced its first three hosts and musical guests. Kendrick Lamar will open up as the season’s first musical guest, with WILLOW and Megan Thee Stallion to follow on Oct. 8 and 15h, respectively. Megan Thee Stallion will enter an elite club as she’s been tapped to not only perform, but she’ll be pulling double duty as the host. This will be her second appearance on the show, with her debut coming in October 2020.

Lamar was a musical guest in 2013, 2014 (once on his own and again with Imagine Dragons) and 2018 (with Anderson .Paak). WILLOW made her debut appearance on SNL last April with Camila Cabello.

Japanese Breakfast was the musical guest for last season’s finale. 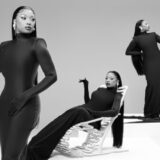