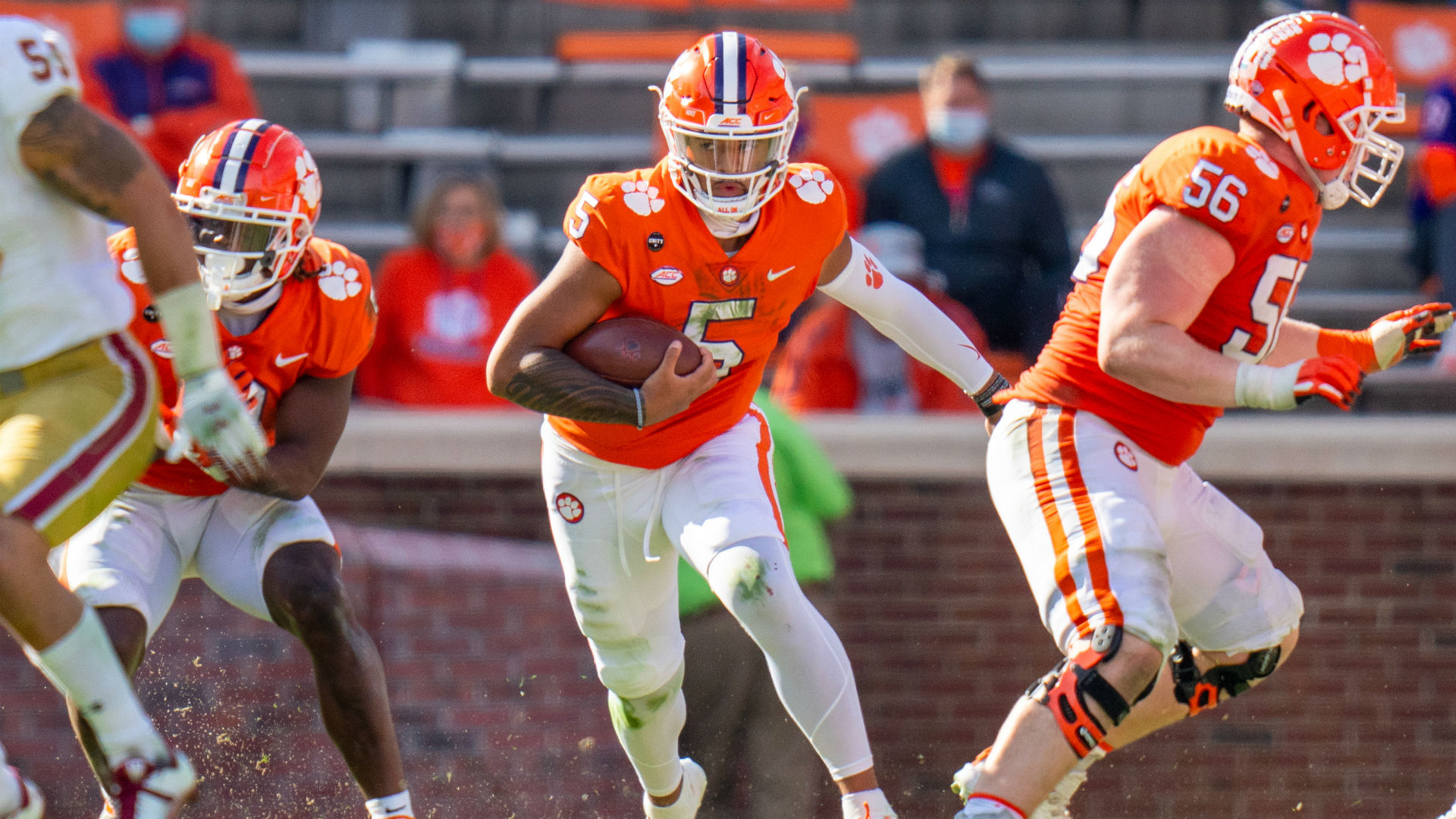 The ‘D’ in ‘D.J.’ stands for David, but Uiagalelei doesn’t go by his father’s name. As long as Uiagalelei starts in place of Trevor Lawrence for the Tigers, it’s likely his father will get camera time on national broadcasts, including for a game against Notre Dame on Saturday night on ABC. It’s hard to miss Dave Uiagalelei — he’s 6-4 and 380 pounds.

The Greenville News wrote that Dave received about 400 text messages during Clemson’s game against Boston College on Oct. 31, which was Uiagalelei’s first start as a true freshman. Dave also has a background that broadcasters surely will love to keep telling.

After moving from Samoa to Hawaii to California, Dave found a role as a bodyguard. The list of famous folks that have employed Dave as their bodyguard include Rihanna, Chris Brown, Nick Cannon, Meek Mill and DJ Khaled.

Dave and Uiagalelei’s family fly from California to watch their son play each weekend, according to the Greenville News. That traveling party includes Uiagalelei’s mother, Tausha, and his little brother, Matayo, who is already 6-5, 245 pounds himself.

MORE: Who is Clemson’s backup quarterback?

“I’m just grateful and thankful to have a great kid,” Dave told the Greenville News. “I just want everybody to know that he is as advertised. I always knew this would happen. It was just a matter of time until the rest of the world found out.”

The size that runs in the family wasn’t always a perfect thing for Uiagalelei, though. Dave relayed a story to 247Sports about Uiagalelei’s 8-year old football season, which was played against sixth- and seventh-graders because Uiagalelei was already 5-8, 128 pounds.

Other notable athletic feats that Dave relayed to 247Sports included Uiagalelei throwing 85 miles per hour from a 60-foot mound when he was 12 and tossing 50-yard bombs as a third-grader. When Uiagalelei was a junior, he threw 95 miles per hour on the mound.

The best Dave and D.J. story might’ve been relayed to the Greenville News this past week, though. Dave is so outspoken on Twitter that his son has blocked his father on the social-media platform.

“I know he’s a happy dad, but sometimes he can be over the top,” Uiagalelei. said. “He likes the spotlight. I’m more like my mom; I’d rather be low-key.”

Lately, “Big Dave” has been doing a lot of retweeting on Twitter. His son can only be so low-key as Clemson’s starting quarterback. Uiagalelei, Big Cinco, is making Big Dave proud.