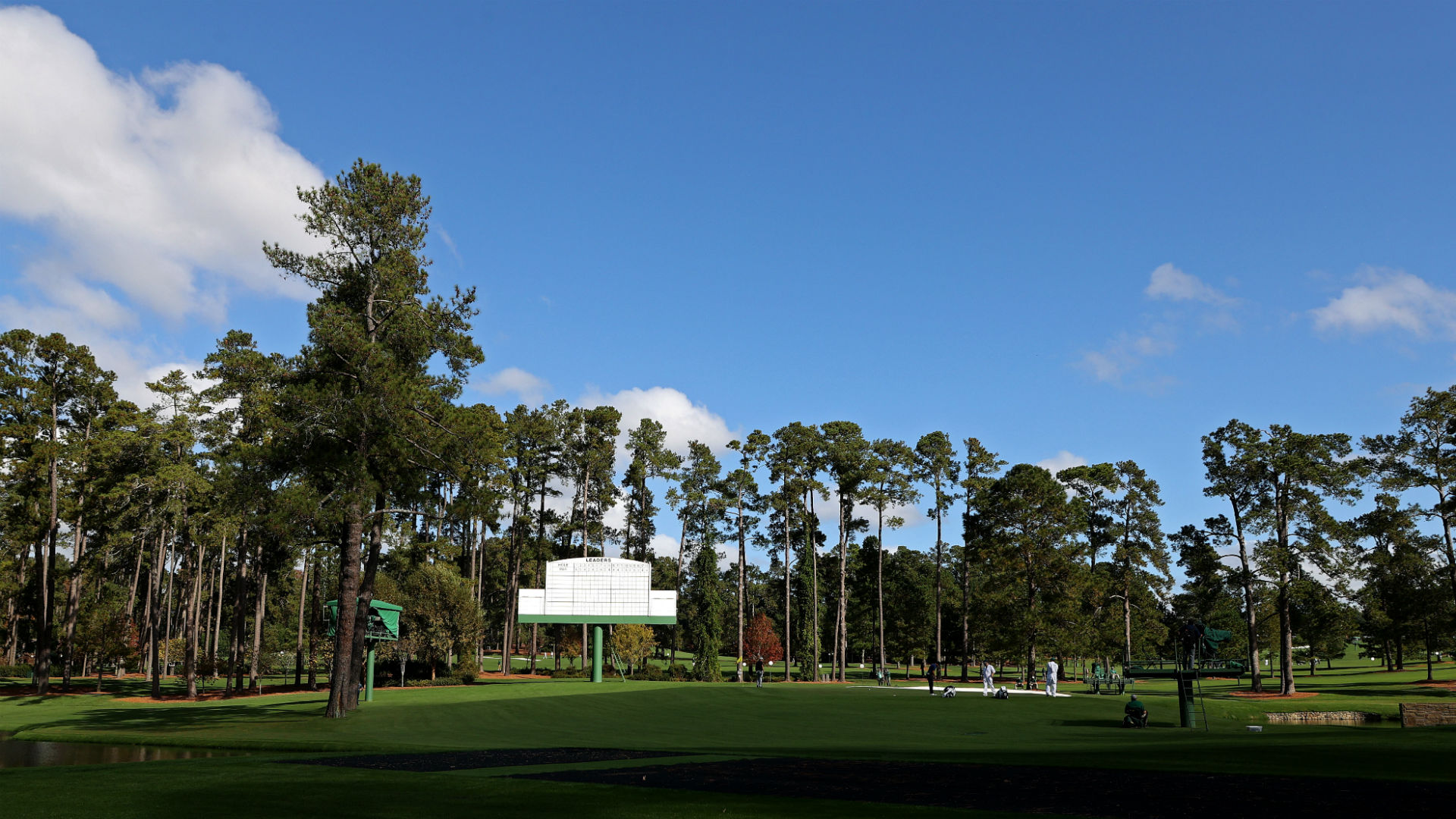 Your TV remotes might not know how to tune into a Masters tournament taking place in November, but on the bright side, they should know how to get to ESPN and CBS.

Those are the two channels that will carry the 2020 Masters tournament, which runs from Nov. 12 through Nov. 15. ESPN will hold the weekday coverage, while following College Gameday on Saturday, CBS will take over the coverage from there. It’s the usual arrangement, just about seven months later than usual thanks to COVID-19 rescheduling.

Augusta National Golf Club will be without fans for the tournament, so it’ll be more crucial than ever to know where to tune your TV (and then leave it for hours on end). Here’s how to watch the 2020 Masters.

The first three rounds of the Masters will not be broadcast until 1 p.m. ET. That continues a usual standard of early-round broadcasts from Augusta not including any golf played in the morning, although the Thursday and Friday broadcasts this year start at 1 p.m. on TV instead of at 3 p.m. like they did in 2019.

As usual, ESPN gets the weekday coverage while CBS takes over on the weekend.

Viewers in Canada can watch every round of the Masters live on TSN.

Here’s the easy rule of thumb for Masters TV viewers: If it’s a weekday, turn on ESPN, and if it’s a weekend, turn on CBS. If there’s no golf on that channel yet, you’re likely not doing anything wrong — because of Augusta National’s rules, the broadcast just likely hasn’t started yet.

Below, we’ve broken out each of the four days of the tournament into their TV channel and broadcast times.

Although about five hours of golf will have already taken place before the ESPN broadcast goes live, you’ll get to watch a more even distribution of holes during the Thursday and Friday broadcasts. That’s because the Masters has gone with a two-tee start for 2020 due to the diminished daylight that exists in November compared to April.

Some golfers will start on hole No. 1, while others start on No. 10, meaning golfers will be spending time on both the front and back nines right until ESPN goes off the air.

This is cut day at the Masters, and with a larger cut in 2020 than in past years, it’ll be tougher than ever for golfers to make the weekend.

In past years, being within 10 shots of the lead guaranteed a spot on the weekend. Not so this year, again to address daylight concerns for the weekend. In 2020, only the top-50 and ties will make the 36-hole cut.

This is moving day at the Masters. After making the tighter cut, it’s probable that almost all the cut-makers will be at least slightly in the hunt at the start of Saturday. That’s unlikely to be true by Saturday’s end, and the closer to the leader the better considering that Sunday often features the hardest pin placements of the weekend.

Saturday will also be kicked off by College Gameday, which will be broadcast from the Masters on ESPN before the live coverage switches to CBS for the golf.

A green jacket is on the line on Sunday at the Masters. Tiger Woods is the reigning champion, and he’ll either get to put that jacket right back on or place it on the shoulders of this year’s winner.

Sunday at the Masters won’t be the same without fans surrounding Amen Corner and the finish to the course, but it’ll still end in that green jacket.

How to live stream the Masters online

Masters.com will stream the entirety of the 2020 Masters Tournament, but ESPN+ will also provide streaming options for viewers, including Amen Corner, Featured Groups and two sets of featured holes (4, 5 and 6, plus 15 and 16). Another option is fuboTV, which streams live sports and offers a seven-day free trial.

2020-11-11
Previous Post: Masters 2020 purse, payout breakdown: How much prize money does the winner make?
Next Post: Masters live streams: How to watch live coverage of the Masters online in 2020