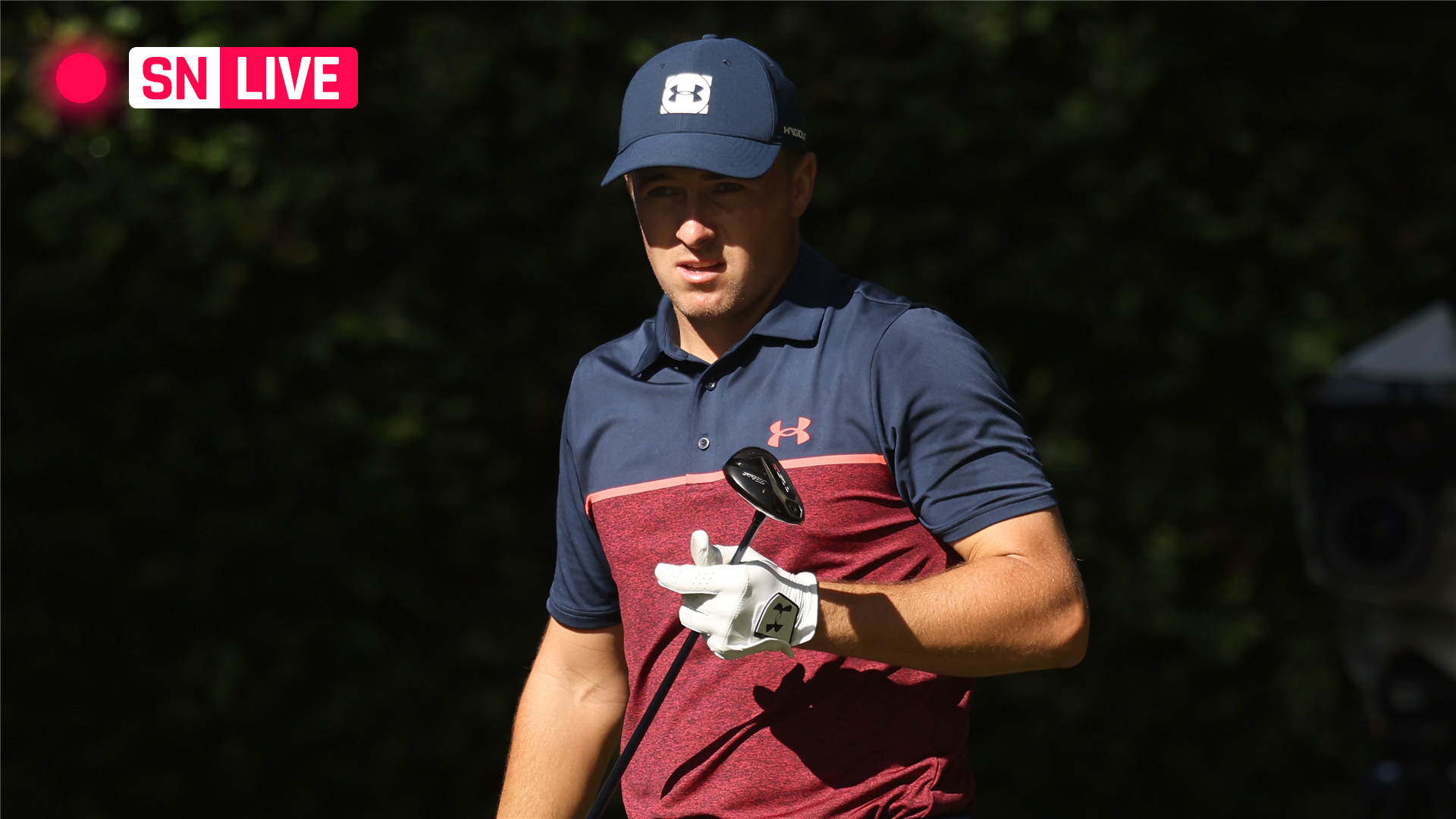 A handful of top golfers are in danger of missing the cut line at the 2020 Masters on Saturday.

Yes, you read that right: A total of 48 golfers were left stranded on the course Friday evening after officials called it due to lack of sunlight. (That, in turn, was caused by significant rain delays early in Thursday’s Round 1). Among those are several golfers in risk of missing the cut line, including 2020 U.S. Open champion Bryson DeChambeau, who is 1 over through 12 holes.

Meanwhile, the top of the leaderboard at Augusta National is full of low scores, padded by the soft conditions during Thursday’s Round 1 following morning showers. That includes a four-way tie for first place among Abraham Ancer, Cameron Smith, Justin Thomas and Dustin Johnson, all 9 under through two rounds of play. They have a one-stroke lead over another quartet of players tied for second place: Patrick Cantlay, Sungjae Im, Hideki Matsuyama and Jon Rahm, the latter two of whom still have holes left to play in Round 2.

Defending Masters champion Tiger Woods is in a tie for 22nd at 4 under (he still has eight holes remaining in Round 2).

Notable golfers in danger of missing the cut line include British Open winners Shane Lowry and Henrik Stenson, at even and 1 over, respectively. In all, 92 players remain in the 2020 Masters field after Sergio Garcia and Joaquin Niemann withdrew because of positive COVID-19 tests. Many of those have already missed the cut, which won’t become official until those 48 golfers finish their second round.

Here’s everything you’ll need to know about the Masters cut line, rules and results as players jockey to make the weekend.

There is a rule change in play to make the cut at the Masters in 2020. Only the top 50 players (plus ties) on the leaderboard will remain for Saturday and Sunday, a new hard cut put into place by Augusta officials to keep the weekend field small due to limited daylight in November.

Beginning with the 2020 Masters Tournament, the low 50 players and ties will qualify for the final 36 holes. This is the first change to the cut since 2013.

Since 2013, any player within 10 strokes of the clubhouse leader after 36 holes would have advanced to Round 3 in addition to the top 50 automatic qualifiers.

Ancer, Smith, Thomas and Johnson are the current leaders at 9-under par. They’re followed by a four-way tie for second with Cantlay, Im, Matsuyama and Rahm, all at 8-under. Several golfers are within two strokes of the leaders as well.

The cut line is currently projected to be even par, meaning 32 players would miss the cut at the end of the second round.

How many make the cut at the Masters?

The initial 92-player field will be whittled down to the 50 (including ties) by the time second round concludes Saturday morning.

Click here or refresh the page if you don’t see scores and results above.