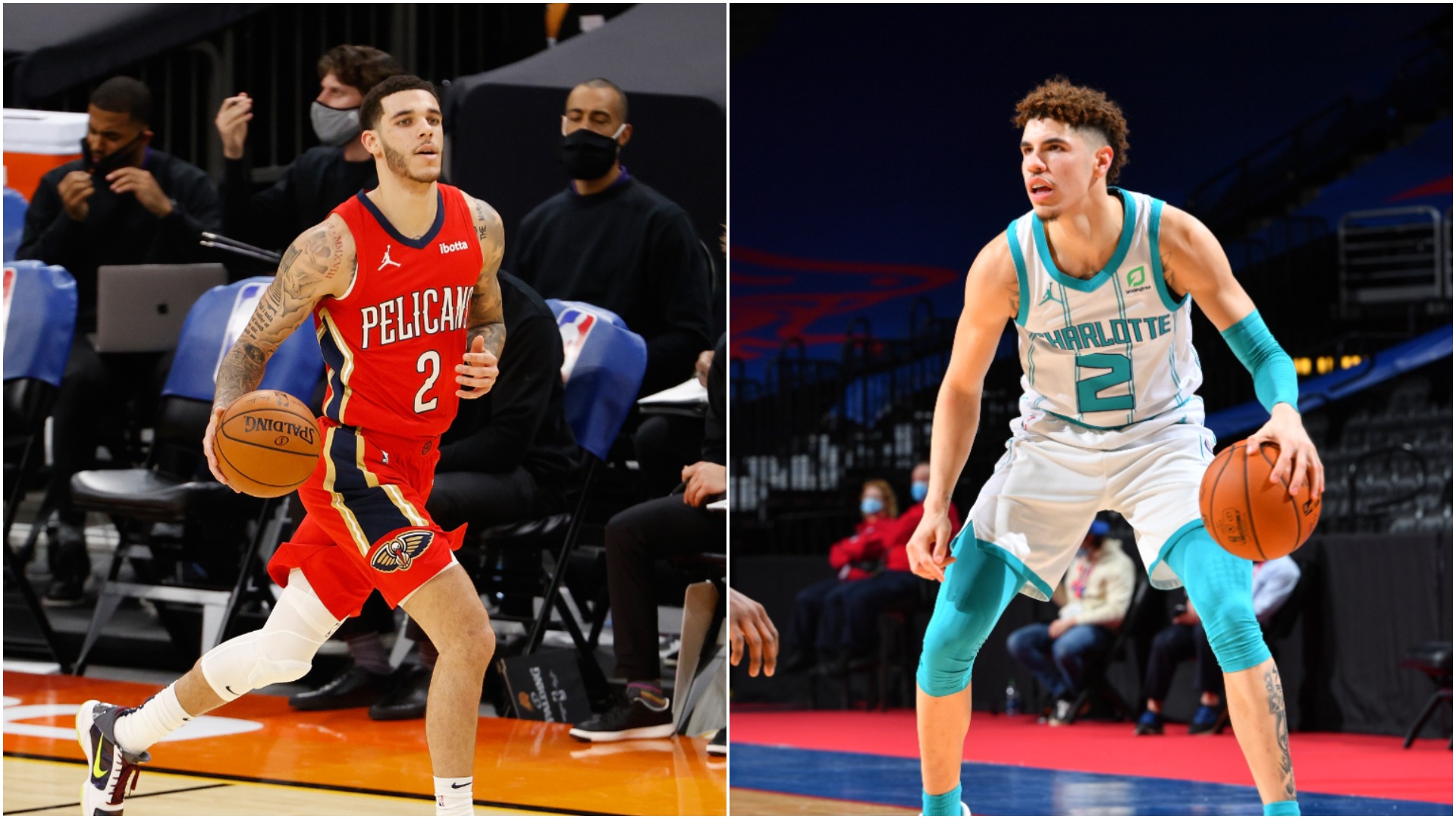 Lonzo Ball is looking forward to taking on his brother LaMelo Ball when the Pelicans face the Hornets on Friday, but getting New Orleans back on track is his primary concern.

The Pelicans are 4-4 after suffering back-to-back narrow defeats against the Pacers and Thunder, while the Hornets ended a three-game losing skid by beating the Hawks on Wednesday, improving to 3-5.

LaMelo was the third overall pick in the 2020 NBA Draft and the rookie is already pushing for a spot in Charlotte’s starting lineup, averaging 12.1 points, 5.3 rebounds and 4.9 assists through his first eight games in the league.

In his fourth appearance, LaMelo had 22 points, eight rebounds and five assists in a 118-99 victory over the Mavericks. He became first rookie to post such a stat line (at least 20 points, eight rebounds and five assists) within their first four games in the league since Lonzo Ball in 2017, and only the fifth since 1985-86; Kevin Durant, Grant Hill and Lloyd Daniels are the others to achieve the feat.

Eight games into his NBA career, Lonzo was averaging 9.1 points, 6.8 rebounds and 6.6 assists from eight starts for the Lakers, the last of which saw him fail to score a single point in a loss to the Trail Blazers.

The game between the Pelicans and Hornets will be broadcast nationally in the United States but Lonzo does not intend to let a family reunion detract from greater objectives.

Asked if he was planning to treat LaMelo to some trash talk, Lonzo added: “No, I’ll just play my game. Wherever coach (Stan Van Gundy) puts me, I’ll do the best I can to get stops for my team and push the break the other way.”

Despite spending their formative years together, Lonzo may be in for a surprise when he finally faces up to LaMelo, having played minimal one-on-one during their youth.

“Not really too much one-on-one; a lot of two-on-twos, three-on-threes, though, pretty much our whole life,” he said.

“One-on-one I was just always a little too big for him. As far as playing in the backyard, we played three-on-three pretty much every day. We always went at it and I think you see that in his game. He’s not afraid of anybody. He’s always played up and it’s always been that way for him.”

Lonzo and LaMelo enjoyed a single season as teammates alongside their other brother LiAngelo, who has reportedly signed a contract to play in the upcoming G League season, during high school at Chino Hills in 2015-16, going 35-0 and winning a state championship.

“It was a lot of fun. We went undefeated that year. It was the only time we all got to play together in high school and we made the most of it,” said Lonzo Ball. “It was just a fun time all around, being with them before I took off on my journey and they went their ways as well.”

While Lonzo Ball spent a year at UCLA before being drafted second overall by the Lakers in 2017, LaMelo opted against playing in college.

He turned professional and played in Lithuania and Australia either side of participating in the Junior Basketball Association, a league that was set up by his father, LaVar Ball, to offer an alternative to college.

“Everybody has to find their own way. Obviously, I went the more traditional route, he didn’t, but at the end of the day we both ended up where we wanted to be,” said Lonzo Ball.

“Hard work definitely pays off. No matter who you are, you put your mind to something and you can do it. I really believe that. It worked for me, it worked for him, so that’s what I’d tell kids growing up today as well.”

Now the pair are on the same stage, Lonzo declared: “It just shows all the hard work paid off . . . and we both ended up where we wanted to go.”