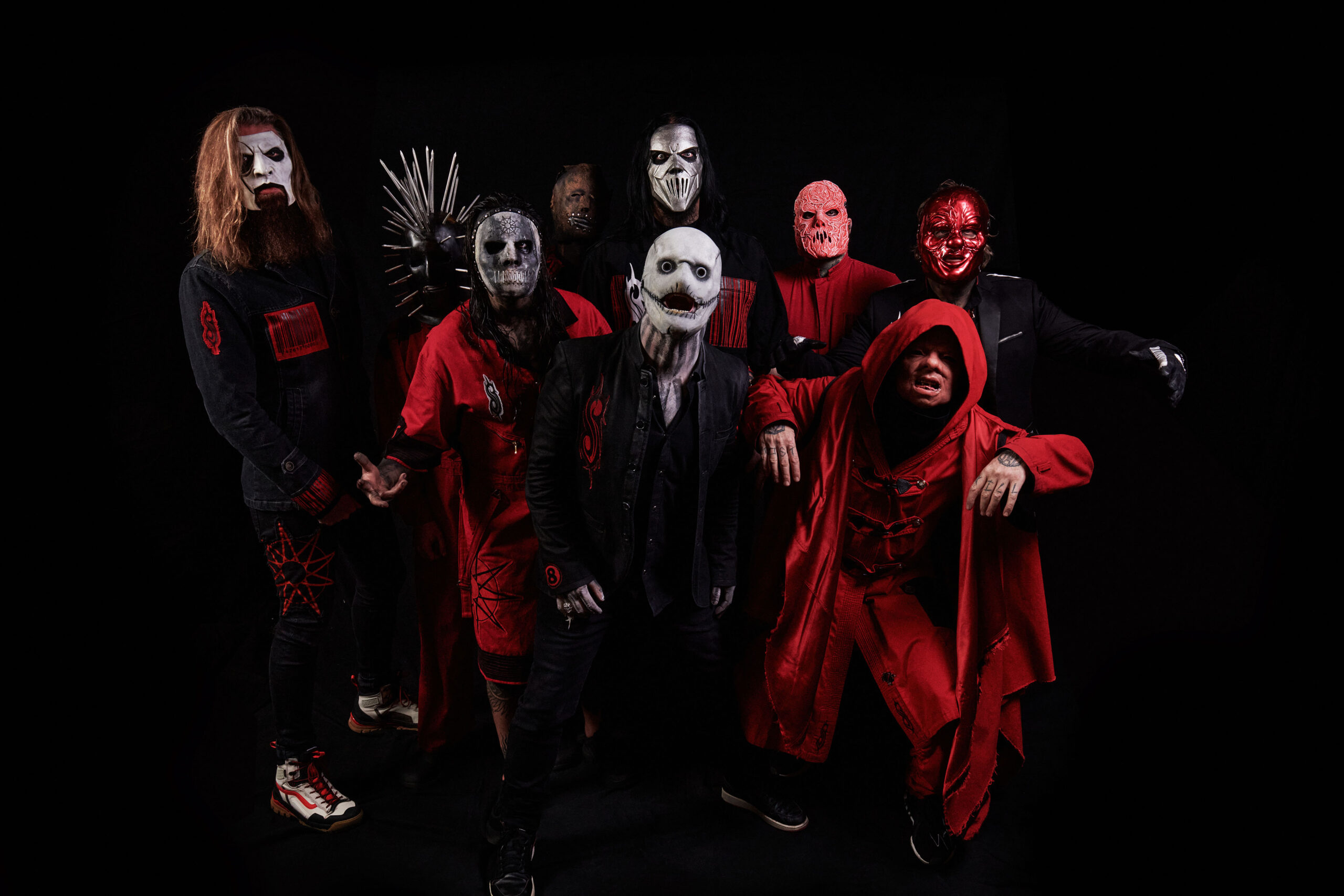 Slipknot are back. The masked metal icons released “The Chapeltown Rag,” taking an aim at the manipulation and destructiveness that social media brings upon us. It’s their first new song in over two years.

The new track will debut live at the band’s own Knotfest tonight, November 5, during their set at the Banc of California Stadium in Los Angeles. It will also be Slipknot’s first-ever livestream, airing at 6 p.m. PT, and tickets are still available.

“It’s a punisher man,” vocalist Corey Taylor said in a statement. “It’s classic Slipknot. And it’s frenetic. But lyrically, it’s coming from a point of talking about the various manipulations that can happen when social media meets media itself. And the different ways that these manipulations can try to pull us in different directions, in the fact that we’re all becoming addicts to it, which is very, very dangerous.”

“The Chapeltown Rag” was recorded during the group’s recent sessions for a yet-to-be-announced album. It will be the Iowans’ seventh record, following their 2019 We Are Not Your Kind that snagged a No. 1 spot in 11 countries worldwide.

In a technologically innovative rollout leading up to the single’s release, Slipknot placed the track’s lyrics throughout their website that visitors could click on. Through a rabbit hole of clicks, you could find a series of nine eco-friendly NFTs. Digital assets were unveiled daily throughout the week, and together they granted access to a snippet of the song and its artwork. Visitors that have collected all nine tokens can continue to check the website for ongoing offerings in lieu of the upcoming album.