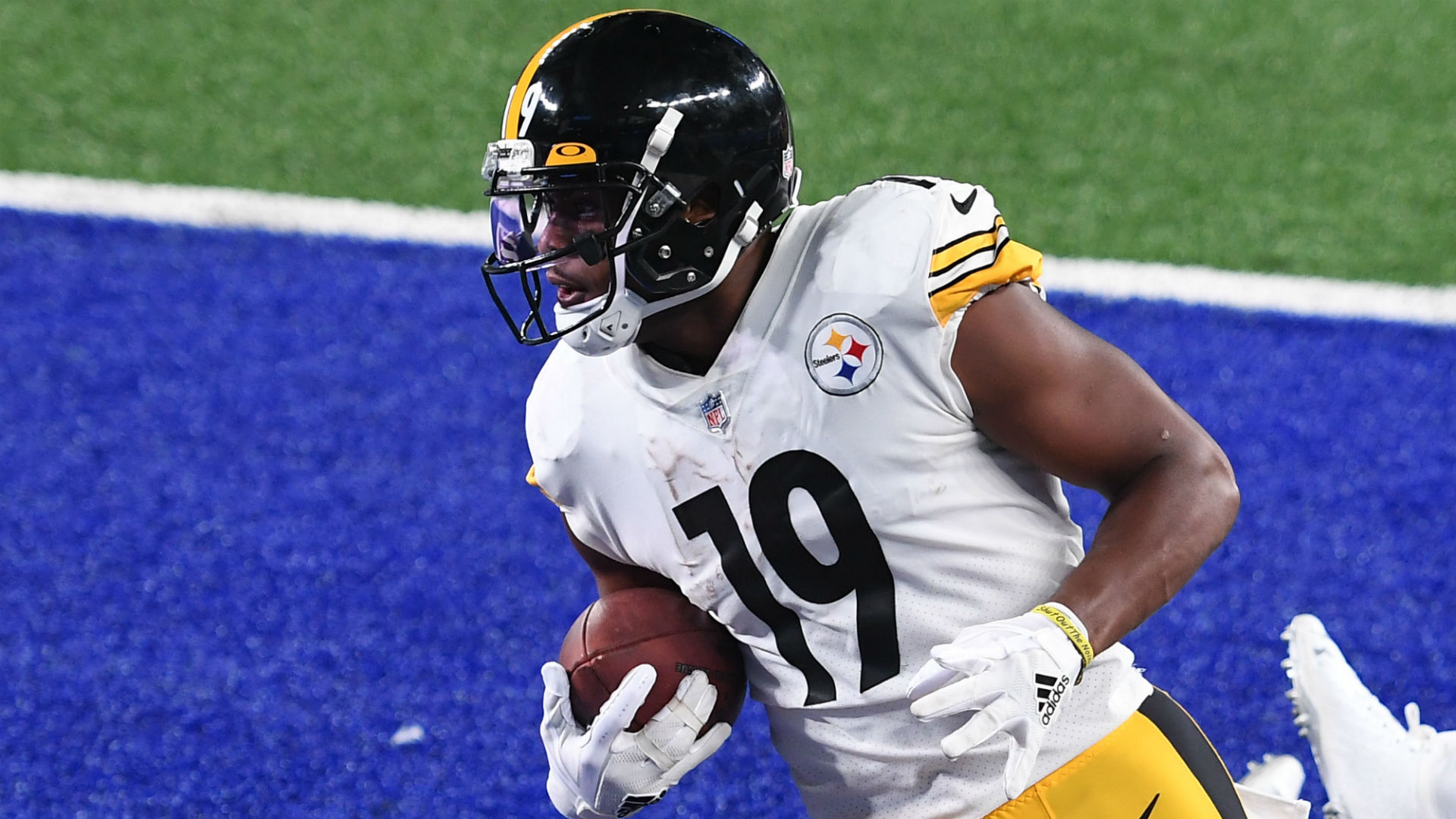 Get your popcorn ready.

The Cowboys gave the Steelers a run for their money on Sunday, threatening Pittsburgh’s undefeated record and their third win of the season. That, unfortunately for Dallas, did not happen, with the Steelers holding onto a 24-19 victory in Jerry World.

The biggest highlight from the game would come from a fourth-quarter JuJu Smith-Schuster touchdown grab — or rather, what came after it: With ball in hand, the Pittsburgh wideout made a beeline for midfield, where the Cowboys’ star logo awaited, surely to pay homage to Terrell Owens, a Hall of Famer with even greater celebration credentials.

On his way to the star, Cowboys defender Randy Gregory knocked the ball from Smith-Schuster’s hands, with Antuan Woods playing guard dog and holding Smith-Schuster away from midfield, foiling the attempt.

Smith-Schuster still managed to at least get the pose down along the sideline, and the celebration effort didn’t go without notice, with Owens taking to Twitter to comment on the (almost) legendary celebration recreation.

Smith-Schuster finished out the day with six receptions for 93 yards and a touchdown.

Maybe JuJu can pull out the Sharpie next week.

2020-11-09
Previous Post: A Tiny New Publisher Is Making Food Books to Raise Money for Restaurants
Next Post: Notre Dame president’s stern letter to students who stormed field met with reminders of his own COVID diagnosis