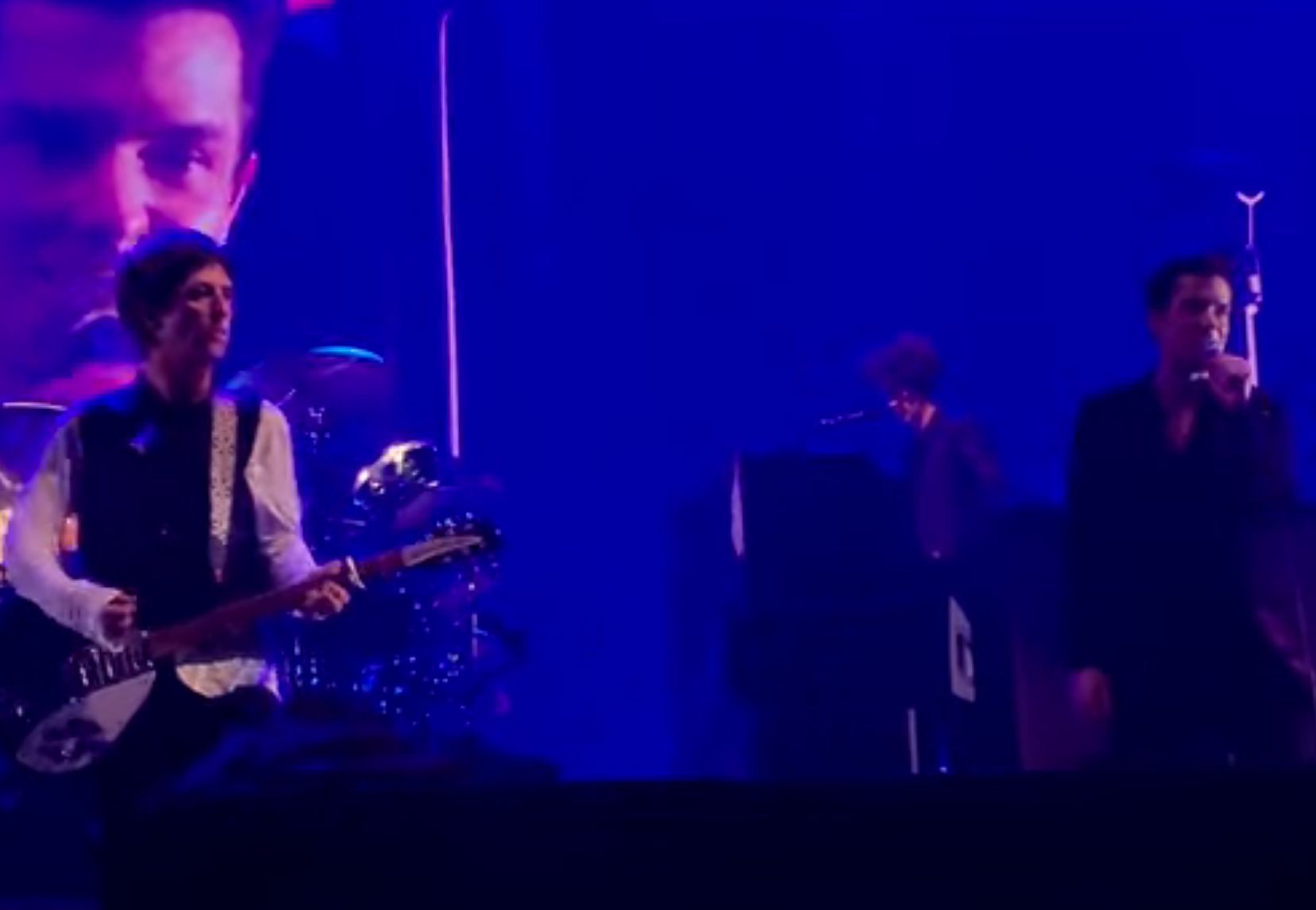 The Killers have started off the North American leg of their current tour with a little help from opening act Johnny Marr. At the opening gig Friday (Aug. 19) in Vancouver, Marr joined the band during its set for covers of The Smiths’ “Stop Me if You Think You’ve Heard This One Before” and “There Is a Light That Never Goes Out.”

The next night, Marr returned to help The Killers perform the latter song and The Smiths’ “What She Said,” and stuck around to lend a hand on the show-closing “Mr. Brightside.” Marr previously played The Smiths’ “This Charming Man” with The Killers at the U.K.’s Glastonbury Festival in 2019.

Last month, Marr hopped on stage with Pearl Jam at the band’s show in London’s Hyde Park for covers of Neil Young’s “Throw Your Hatred Down” and The Who’s “Babo O’Riley.”

In March, we caught up with Isaac Brock to discuss the 15th anniversary of Modest Mouse’s We Were Dead Before the Ship Even Sank, and in that conversation, he said the band was back in the studio with Marr, who was a member of Modest Mouse from 2006 through 2008.