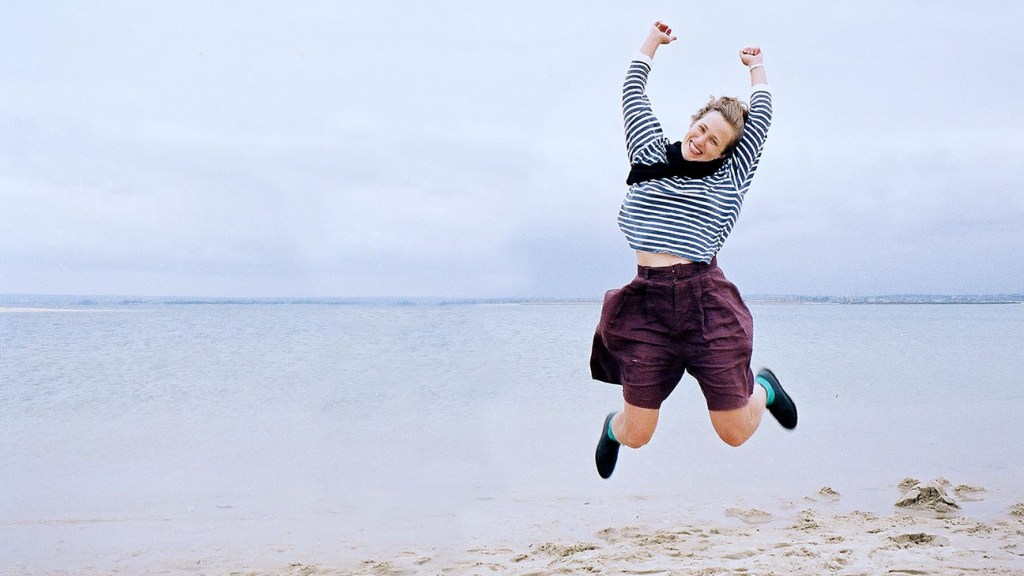 In 2007, to celebrate its 60th anniversary, the Cannes Film Festival commissioned an omnibus film, inviting 36 filmmakers to contribute three-minute shorts to Chacun Son Cinema (To Each His Own Cinema). There was one woman among them: Jane Campion. She had the same distinction, as sole representative of her gender, in a ceremony that year feting the directors of past Palme d’Or winners. In Julie Bertuccelli’s absorbing and insightful portrait, well-chosen clips of these gatherings of the greats pack a punch, capturing not just the rarefied air but the awkwardly glaring imbalance of it all. At a festival press conference, Campion is called upon to comment on the elephant in the room — no, not Roman Polanski, who’s seated just behind her — and she does so with incisiveness and passion.

Bertuccelli (Since Otar Left) is interested in how the New Zealand-born auteur has carved out a career in a male-dominated industry. But more than that she’s concerned with the indelible body of work itself, with its liminal dream states and “willful weird women,” as Campion describes the protagonists who have claimed her attention for years, until her recent, superlative journey into male-centric territory with The Power of the Dog.

The Bottom Line Inspired and inspiring.

One of the strengths and delights of Jane Campion: The Cinema Woman is that, with a few brief exceptions, it doesn’t resort to talking-head commentary about Campion; excerpting interviews the writer-director has done over the years, it gives us her voice (and her laugh!). She recalls the challenges and breakthroughs of steering a production, from her film school days through the movies that put her on the international map. Interweaving her commentary with scenes from the films and making-of footage, all of it edited with dexterity by Laure Gardette and Svetlana Vaynblat, the documentary lets Campion’s sense of humor and her sense of purpose shine through.

As the child of Shakespeare-worshipping theater people, she was probably destined for a life in the arts, and her affection and respect for actors is rooted in her parents’ work. Richard Campion was a stage director and Edith an actor. As an actor herself — a short-lived pursuit and one that didn’t make her heart sing — Campion performed in at least one of her father’s productions. It was when she picked up a camera that she found her calling. And eventually she would direct her mother, who had a notable role in An Angel at My Table.

Campion is forthcoming about the limits of her technical know-how in her student days, and she’s just as clear that when she started working professionally, certain male crewmembers treated her with outrageous impertinence. She made do for the sake of the work but never pretended to like them. She embraced her role as boss.

Entering a male-dominated business, Campion didn’t set out to compete with the men per se. She understood that pursuing the ideas and visions that were “so peculiar” to her would set her films apart. And so they did, beginning with such memorable shorts as A Girl’s Own Story and Passionless Moments. Spinning everyday absurdities into something strange and luminous, her short films made a lasting impression on me when they screened in the Back of Beyond series at UCLA in 1988, a landmark survey of film and television from Australia, where Campion was now based. Peel, one of the shorts she made as a student, provoked this piece of advice from her teachers: Destroy it. She ignored their counsel. Peel was selected for Cannes and won the top prize for short films.

Campion says she understands that some people hate her work. Bertuccelli includes post-screening reactions, yea and nay, to two of her Cannes premieres: her 1989 feature debut, Sweetie, and 1993’s The Piano, which would be awarded the Palme, making Campion the first female director to receive the honor. (It would take her years to feel the joy of that barrier-breaking accomplishment, the win overshadowed by unfathomable grief: the death of her newborn just days later.) At the screening of Sweetie, an out-there portrayal of family dysfunction and one woman’s raging nonconformity, the filmmaker was dismayed by the exodus of audience members. But Pierre Rissient (aka Man of Cinema), the critic-curator-programmer who championed her early work, assured her that those who remained were “the right people.” Speaking of the right people, a beaming Agnès Varda, exiting the Palais after The Piano, deems it “magnificent and “weird.”

The doc’s longest section is devoted to that dark gem, the story of an arranged marriage on the New Zealand frontier and a breakthrough for Campion and movies in general. Campion explains her trepidation about directing an actor as experienced as Harvey Keitel, who stars opposite Holly Hunter, Sam Neill and a 10-year-old Anna Paquin. The director reached out to Keitel before production began, and they agreed to a plan for how they would work together, one that would combine his improvisational approach with her rehearsal-oriented strategy. Her candor about figuring it out and building trust with actors is clear-eyed and endearing, as is her outlook on masculinity and femininity, aspects of narrative that some people might dismiss as outdated or unfashionable. But in conversation and in her films, Campion is attuned to what’s primal about the duality, and to the ways that women, cut off from official power for eons, channel their secrets and their hidden lives into something powerful in its own right.

That power is evident in The Cinema Woman’s scenes of Campion at work, and in the smart selection of clips focusing on her complicated female characters — Genevieve Lemon in Sweetie, Kerry Fox as the great writer Janet Frame in An Angel at My Table, Kate Winslet as a New Age searcher in Holy Smoke. There’s the unconventional intimacy of period pieces Portrait of a Lady (Nicole Kidman), Bright Star (Abbie Cornish) and The Piano, and the contemporary spins on women confronting the murk and horror of crime, in the divisive In the Cut (Meg Ryan) and the widely lauded series Top of the Lake (Elisabeth Moss).

From the shorts to the Oscar-winning Western Power of the Dog, it’s a filmography that epitomizes a commitment to personal expression; there might be moments that fall short of Campion’s intention, but not one of them is generic. Fittingly, Bertuccelli closes the doc with a scene from An Angel at My Table that observes Frame in a moment of lovely idiosyncrasy, and yet one that any artist will recognize: the instant when you know you’ve captured lightning and shaped it into something new.