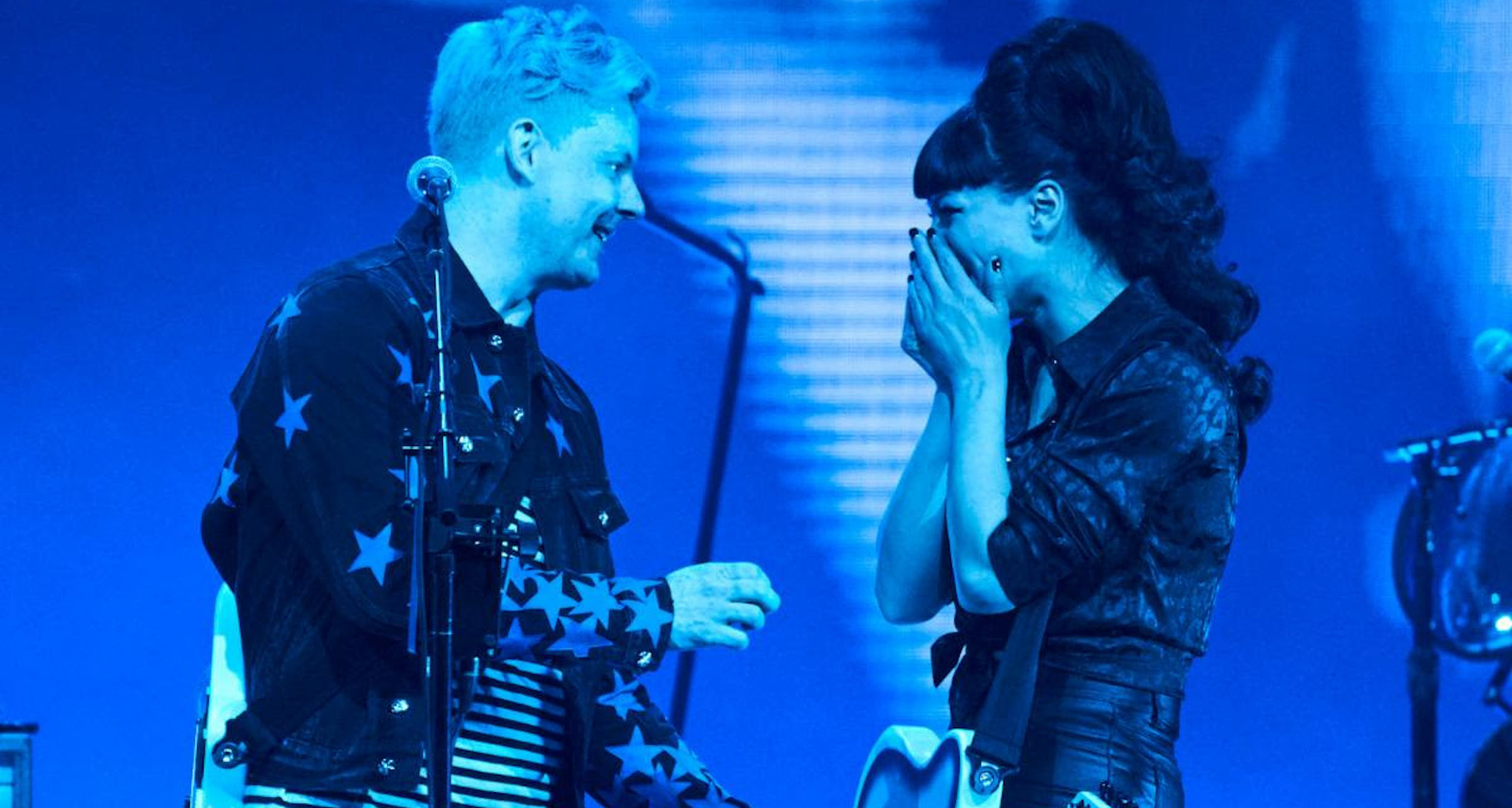 Jack White had quite the busy day yesterday. He released his first of two new albums, Fear of Dawn, played the National Anthem at the Detroit Tigers’ Opening Day, and kicked off his Supply Chain Issues tour, where he nonchalantly proposed to and married his girlfriend Olivia Jean onstage at Detroit’s Masonic Temple Theatre.

According to Detroit Free Press, White welcomed Jean, who fronts the band Black Belles, onstage about 80 minutes into the set. She helped him perform the White Stripes classic “Hotel Yorba,” and before the lyric “let’s get married,” White paused. “I’ve got a question for you,” he said. “Will you marry me?”

Just moments after Jean said yes, Third Man Records co-founder Ben Swank officiated a short but sweet ceremony. The bride’s father and groom’s mother were in attendance. After the wedding, White and his band dove into a two-song encore of the Raconteurs‘ “Steady as She Goes” and White Stripes’ “Seven Nation Army.”

White was the subject of our March cover story. Read that here, and check out fan footage of the proposal and wedding, as well as the setlist, below.