“It’s a Story About a Woman Who Could Find Her Identity Within Her Own World”: ‘THR Presents’ Q&A with Kristen Stewart and the ‘Spencer’ Team 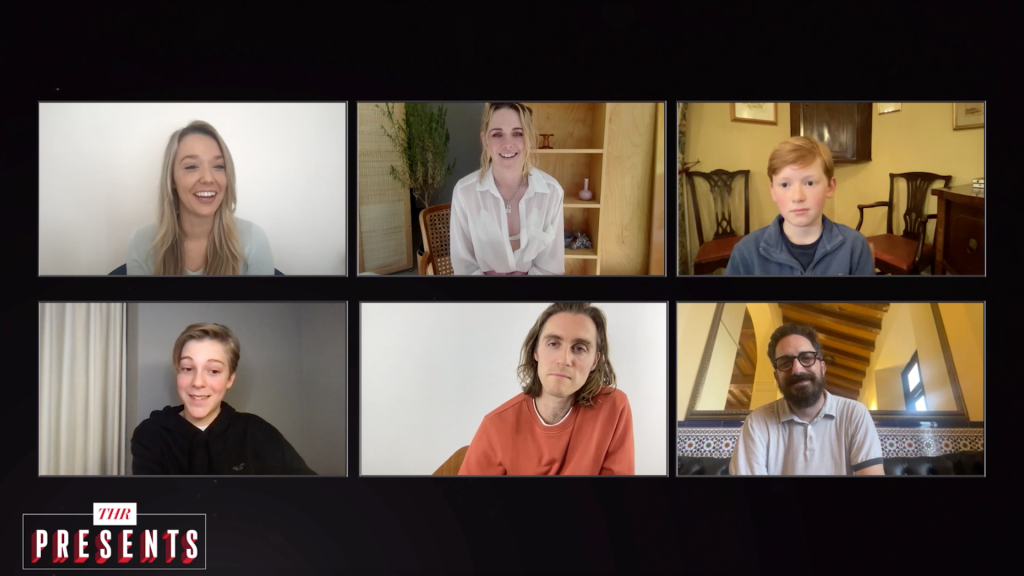 Many actresses have taken on the role of the beloved Princess Diana. But Kristen Stewart in Neon’s Spencer tackles three instrumental days in the late royal’s marriage to Prince Charles (Jack Farthing) during which she decided to leave the royal family. Stewart says her experience portraying Diana was a lot of “smoke and mirrors.”

“What I noticed about her said a lot about me,” Stewart tells THR Presents, powered by Vision Media. “It was a lot of smoke and mirrors. I think if you put full side-by-sides up, we’re very different, if you did really compare the two of us. But I think the only reason to make a movie about someone is to capture a spirit, and I felt completely possessed by that… I worked for four months. I learned everything. I read everything. I did a ton of accent work. And at the end of the day, I don’t think really any of that was the key to doing this movie well.”

“I thought it was interesting to compress a big crisis that we think she was going through those days, and that crisis is basically the decision to leave the family, the decision to find [her] own identity and to move on,” says Larraín. “In the process, we discovered that relationship with her kids was very relevant. I think we are confronted with a situation where our main character Diana was able to understand that she could have her own family, her own relationship with her kids, without anyone else. It’s a story for a woman who could just find her identity [within] her own world, inside of her own planet, and it’s a beautiful thing to see and to work on.”

In one scene, Stewart’s Diana is playing a game of Truth or Dare with her sons in the dark, which — Stewart, Nielen and Spry explain — was largely improvised. In fact, Nielen says, the freedom to take that scene wherever they wanted to was “very crucial to the actual bond” the three shared. Stewart calls that particular moment “some of the most fun I’ve ever had making a scene.” And while Nielen agrees, he remembers another scene shooting with Stewart that he deemed his most challenging.

“The most emotionally challenging scene was the bathroom scene with me and Kristen, because the way Kristen approached that scene made it feel very real and actually made it feel like a real crisis,” explains Nielen. “It’s like seeing a friend in distress and you’ve got the lifebuoy to save them… That really made the scene feel alive and really brought the moment that William realizes that his mother isn’t OK. And she’s starting to really crack under the pressure. And he’s trying to save her, but you don’t know if it’s too late, or if you can still pull it back.”

“I could make four more movies about her,” adds the actress. “This three-day thing did encapsulate a spirit and a notion. But there’s such a well, such a multiplicity to the inspiration that I feel through this person.”

This edition of THR Presents was sponsored by Neon.