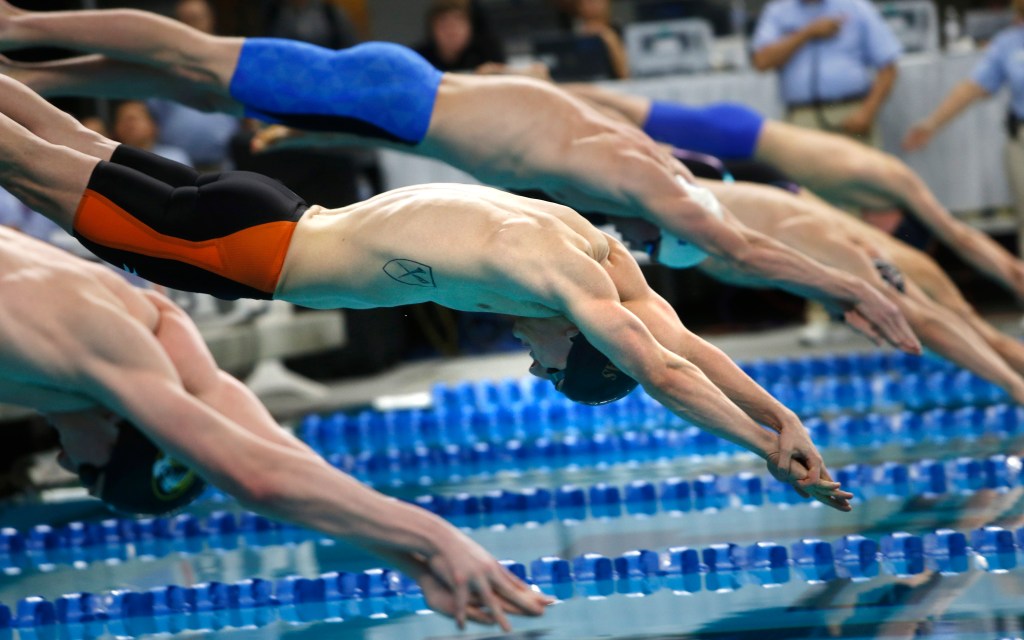 Only a few swimming competitions have been held in Southern California since the pandemic shutdown in mid-March.

But starting Thursday in Irvine, high-profile racing will return to Orange County and the greater Los Angeles region as the Woollett Aquatics Center serves as one of nine sites nationally hosting USA Swimming’s U.S. Open.

The three-day meet will feature about 240 swimmers – a mixture of U.S. national team members, collegians and high school standouts – and follow strict safety guidelines for a timed-finals competition.

Five-time Olympic gold medalist Nathan Adrian was a late scratch for the meet, but two-time Olympian Jordan Wilimovsky and national team member Erica Sullivan are among the top swimmers to watch.

Since Aug. 3, most high school and youth sports in California have been limited by state health officials to conditioning and skill development and prohibited from competition because of COVID-19 concerns.

Hoesterey said the Novaquatics received safety guidelines from the city of Irvine, Southern California Swimming (SCS) and USA Swimming to host the meet. SCS is the official sanctioning body for the event, she said.

On the meet’s safety plan, the city of Irvine stated that it followed guidelines from the Center for Disease Control and Prevention, the state, Orange County Health Care Agency, USA Swimming and the American Red Cross.

“Everybody contributed,” Hoesterey said. “We’re all in the same situation.”

In many ways, the meet will operate similar to timed-racing during practice. Using a timed-finals format, swimmers will be pre-assigned a lane for their race based on their entry time. They won’t gather in a ready room but instead report to their lane.

The meet’s safety plan also covers the number of swimmers who can be in the same lane practicing at the same time (a maximum of four), social distancing, sanitizing, temperature scans and masks for swimmers when not racing.

No spectators are being allowed in the meet, which will be streamed at usaswimming.org.

The safety procedures also call for swimmers to enter the complex in a designated spot and follow a progression from the warm-up pool, competition pool, warm-down pool and exit The chlorine levels also will be kept slightly above the recommended levels.

“It’s a very controlled environment,” Hoesterey said. “I think we have thought about everything.”