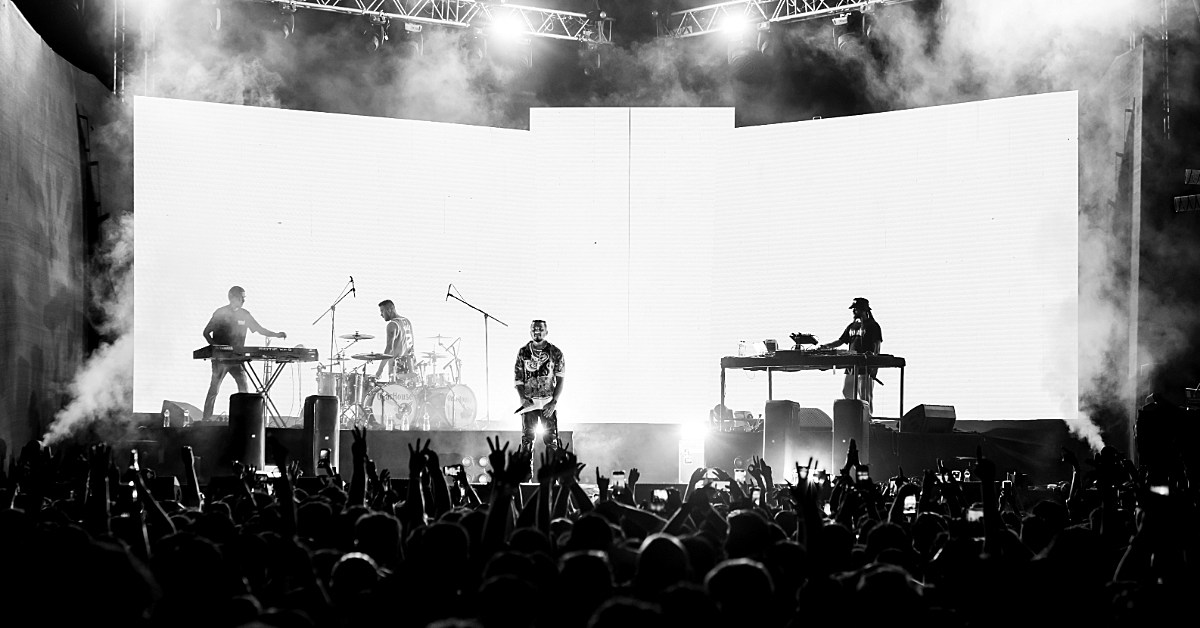 “I feel fucking inspired,” a man screamed in my face during Divine’s performance at the sold-out Mumbai leg of his 2021 Punya Paap tour. “This guy is a fucking king. He has changed the face of the Indian music industry.” Honestly, that man wasn’t wrong. One name that everyone in Mumbai knows is Vivian Wilson Fernandes, aka Divine, the rapper who spent most of his childhood dealing with trauma from living in the poorest parts of Mumbai, who is now “one of the best” rappers in the country.

When Bollywood actor Ranveer Singh and director Zoya Akhtar released their 2019 film Gully Boy — which is heavily influenced by the life of Divine and rapper Naezy — the whole nation felt inspired. The film follows the tale of a coming-of-age rapper from the Dharavi slums, who found love for hip-hop and used his “gully raps” to highlight inequalities in life.

Ever since its release, Mumbai’s hip-hop scene has grown more recognizable. People began appreciating these “gully rappers” and one of India’s most celebrated multi-genre music producer Karan Kanchan even credited Divine and Naezy’s track “Mere Gully Mein” with inspiring him with falling in love with the industry. “This was the first time I was listening to something meaningful,” he says. “I was listening to something very intelligent and relatable rather than usual verses about fancy cars and women.” It was revolutionary; something that Mumbai didn’t know it required, which turned out to be one of the best finds for the culture of the city.

“Mumbai’s rap scene, like the city itself, is a melting pot of culture, style and global influence,” Aniket Rajgarhia says, the senior rights manager at Outdustry. “[In this city], artists from various backgrounds with varying degrees of exposure give rise to multiple perspectives about the worlds they inhabit.” Over here, hip-hop is, and always has been a representation of the hustle culture within the city, which is dubbed a “grand display of the desire to rise out of adversity” and a way to make something of yourself in a fast-paced and often unforgiving world. Additionally, the hip-hop industry in Mumbai is also represented by the languages on display — not only Hindi, English and Marathi but also Tamil, Malayalam and Gujarati, to name a few.

Similar to Divine, 100RBH, aka Saurabh Abhyankar, an up-and-coming bilingual rapper from Amravati, has aimed to call out the double standards of society and highlight the hypocrisy that people in India see every day. “Laakhon maasumon ki awaaz mein akela bolta/I speak on behalf of a hundred thousand innocent souls,” 100RBH raps in “Zanjeer,” where he aims to be a catalyst for breaking down limitations. Likewise, Dharavi’s MC Altaf, born Altaf Shaikh, has also taken over the city by storm by rapping about social causes and his life in the hood. In fact, Altaf was the guy who taught the local “Bambaiya” accent (Mumbai Hindi) to Singh while he was shooting Gully Boy.

“Hip-hop as a genre is rooted in activism and politics,” Aranyaka Verma says, General Manager of Gully Gang Entertainment. “Across the globe, it is a medium for artists for social commentary.” From Tupac to Cardi B, you can find song lyrics that speak of the issues around them — sometimes directly, and sometimes implicitly. Similarly, in India, artists such as 100RBH, Swadesi, MC Altaf and Divine effectively make socially cognizant music. “I think music is one of the most accessible mediums to reach people with a message,” Verma says, and if truth be told, I don’t think any country has been doing conscious rap better than Indians.

It’s established that hip-hop in Mumbai is about representation. While local rappers do craft hype tracks involving verses about women, alcohol and cars, that’s only 40% of it. The rest of our rappers “advocate on behalf of their local groups and interests [in addition to creating] music to spread awareness about wider social issues,” Rajgarhia says, recalling the time when he visited a block party in the Dharavi — one of the world’s largest slums — in Mumbai.

“I visited a block party in Dharavi just before the pandemic struck,” the expert shares. “That was pretty surreal, as there were multiple groups of kids — ages four and up — rapping and dancing to reggae, dub and breakbeats.” That party was where Rajgarhia saw a performance by Swadesi, Indian hip-hop’s only “socio-political group” that continuously aim to bring about change through art and music. So, assuming that such artists are the ones these children are growing up listening to, it’s obvious to predict the present and future of the hip-hop scene in Mumbai.

India has experienced horrible problems — internal and external — which have impacted all 1.41 billion people. In recent years, with the release of certain films such as Gully Boy, rise in social media presence and an impending woke culture, the hip-hop industry — especially in Mumbai — has somehow provided a safe haven for all.

2022-10-14
Previous Post: Steve Aoki: “I can’t ever forget a genre that gave me a voice”
Next Post: Matt Skiba Responds to Tom DeLonge’s Open Letter: ‘Truly Happy’ for Blink-182