iDKHOW Have No Rules

I DONT KNOW HOW BUT THEY FOUND ME — otherwise known as iDKHOW — were actually in hiding at the beginning.

While Dallon Weekes was playing bass for Panic! at the Disco and Ryan Seaman was drumming for Falling in Reverse, the two would share musical rendezvous every now and then, quietly booking shows at small venues without letting anyone know.

“From the get-go, there have been no rules other than to have fun doing this,” Weekes tells SPIN days after the releasing their debut album, RAZZMATAZZ. “It was our way, at least at first, of reminding ourselves why we got into [playing music] in the first place.” 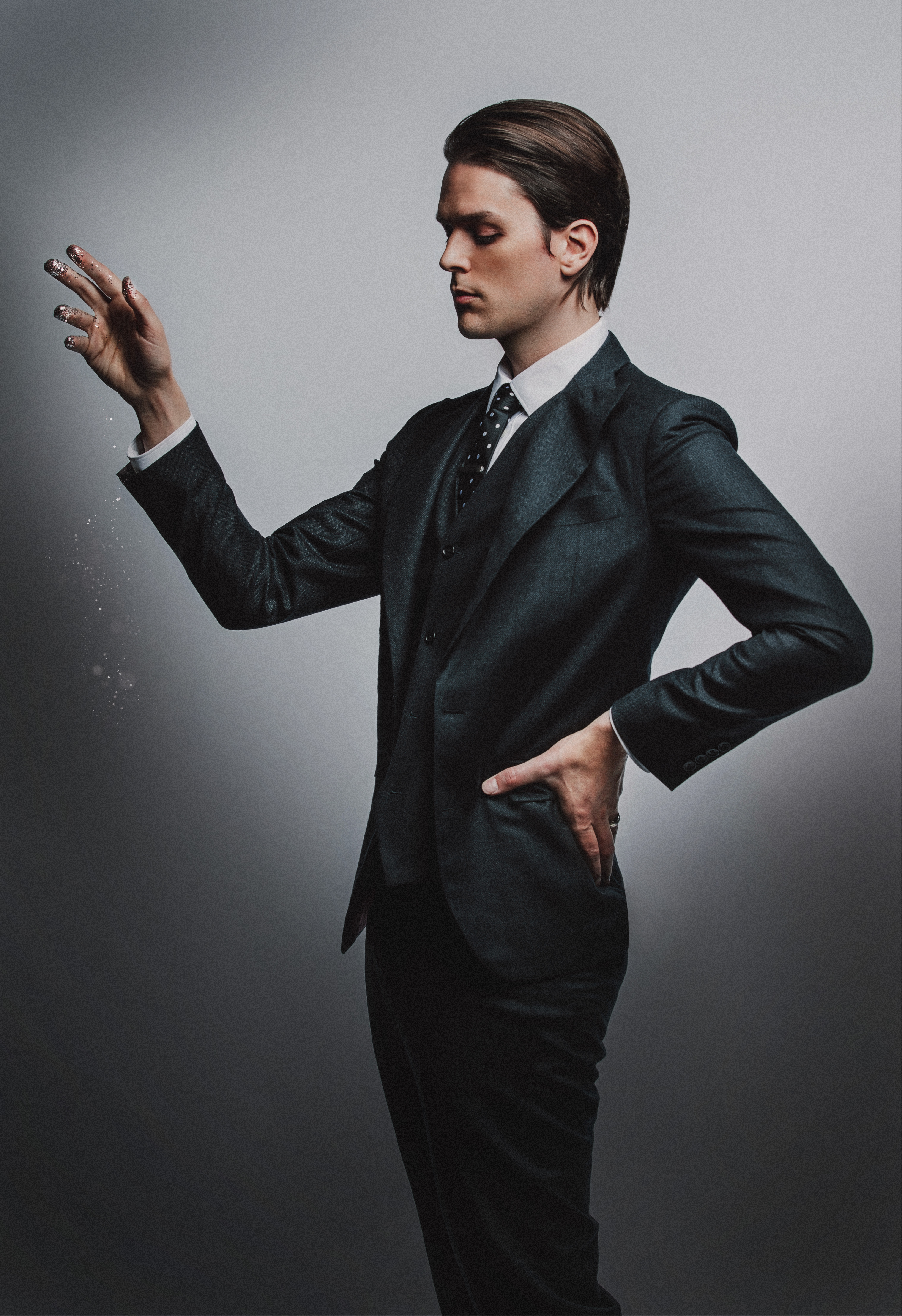 The secrecy eventually crumbled, and the duo devoted themselves to this project — to finally crystallize it, make it real. And now it’s hard to believe that they were ever hidden at all.

RAZZMATAZZ itself is proof of the freedom that Weekes and Seaman experienced working together. Sonically it dips in and out of an ‘80s atmosphere, playing with electronic elements and flaunting theatrics. On the grandiose “Sugar Pills,” frontman Weekes transforms into this larger-than-life figure, perpetuating the decadence that’s sprinkled throughout the record: “I take one to make me feel better / I take two despite any directions / Three, four, five, just for the hell of it / Seven, eight, nine, 10, starting to lose count again.” In this world, there really are no rules.

“It’s more like another layer of entertainment,” Weekes says about RAZZMATAZZ as a concept record, “because that’s what it was for me when I was a kid. When I bought Sgt. Pepper’s Lonely Hearts Club Band for the first time, I was pouring over that artwork and getting lost in this fictional world that they created around their record.”

This new album is designed to take you places — the jazzy “From The Gallows” plants you into a dramatic love story set in the ‘40s, and the bouncy “Leave Me Alone” conjures an intense fight at a disco club. That’s Weekes channeling his myriad inspirations, which include everything from David Bowie to Star Trek.

A major lyrical influence is Elvis Costello, “who I think is so talented,” he says, “when it comes to not just sarcastic or acerbic lyrics but having lyrics with double meanings.” Weekes points out a line in the glittery “Lights Go Down” as one of his favorite ideas on the album: “Parade through the ballrooms / Decay in your costumes,” he recites. “I thought that one was really illustrative of the theme of that song — that sort of entertainment business L.A. crowd who does whatever you think they’re supposed to do when the spotlight is on them. And while it’s not, it’s a different story.”

Underneath all the glamor, though, lies the duo’s commitment to art for art’s sake.

“I think we’ve both been doing this long enough where we’ve seen art and music treated like a product and seeing it get manufactured and people chasing hits. That’s just not something we’re interested in,” Weekes says.

Even if iDKHOW aren’t a secret anymore, they’re still in it for themselves.