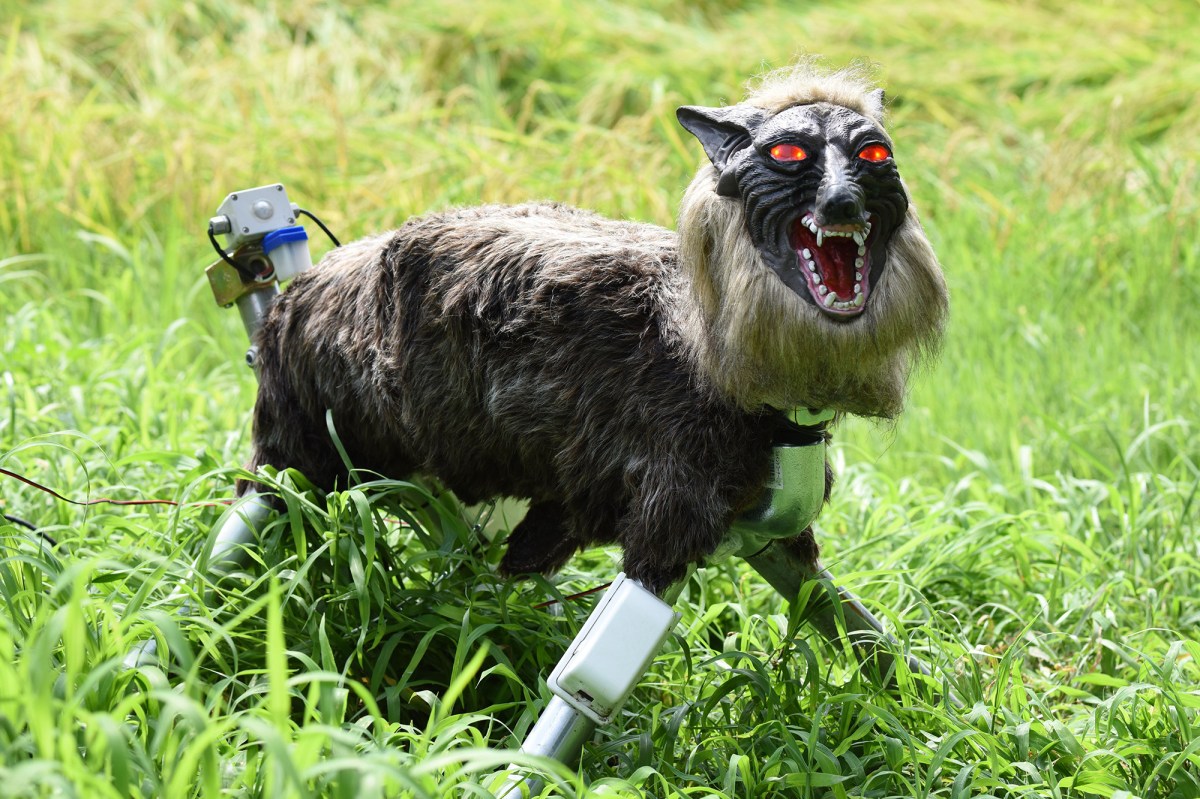 Their bark is worse than their byte.

Dozens of red-eyed “Monster Wolf” robots were set up in Japanese towns to scare off bears and deer that are overrunning local homes or destroying crops, respectively.

One of the creepy canine contraptions — which roar and have fangs — was erected in September by the city of Takikawa to “avoid friction between residents and bears,” according to the local news site Mainichi.jp.

At least 62 more of the 3-foot-tall by 4-foot-long robo-beasts are being used to frighten away deer and wild boar that destroy crops in the Hokkaido and Okinawa areas, the outlet reported.

Designed by the machine-making company Ohta Seiki, the contraption is programmed to shake its head and howl when it senses motion by animal intruders.

The Takikawa wolf-bot is the first scarecrow-style method of deterring bear populations in residential areas, the outlet reported.

“At the very least it’s effective in making residents feel at ease,” a source, who helped install it, told the outlet.

Brown bear sightings have increase dramatically in the Takikawa area this year, totaling ten since May.

“We want to let the bears know, ‘Human settlements aren’t where you live,’ and help with the co-existence of bears and people,” said Ohta Seiki, head Yuji Ota.