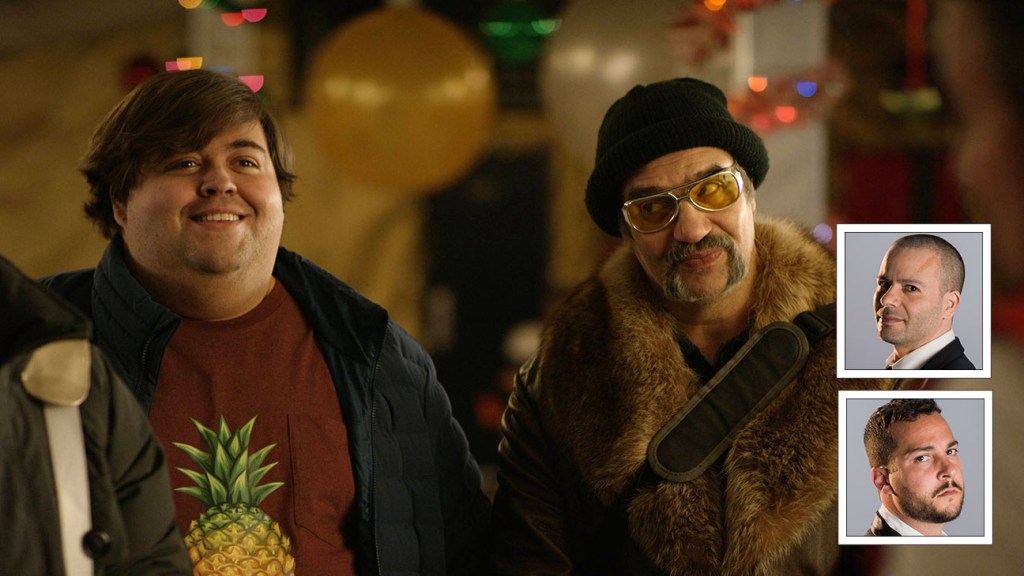 Director Stu Stone and producing partner Adam Rodness want you to know that their indie film comedy Vandits — about small-time crooks looking to rob a senior citizens’ bingo hall of its $25,000 jackpot on Christmas Eve — having $250,000 worth of camera and lighting equipment stolen on their first day of shooting was no publicity stunt.

“There’s an empty parking space. Where’s the truck? Really, where’s the truck?” Stone recalls asking ashen-faced production crew members in Winnipeg, Manitoba, in October 2021 as he stared at where a truck and trailer with all of his film gear inside had been parked the night before.

It might have looked like a stunt as the Toronto-based filmmakers’ last movie had been Faking a Murderer, a 2020 docu-comedy where Stone and Rodness, in search of their next hit, investigate a seedy man they believed to be a serial killer but never was.

Their Vandits shoot got even more bizarre when Stone and Rodness received emails and phone calls from people claiming to be holding the truck and trailer for ransom. “Some guy actually wrote in and said, ‘Send $300 to my email address and I will tell you the whereabouts of the trailer. I know where it is,’” Rodness recounts.

The upshot was the Royal Canadian Mounted Police swooped in to investigate the ransom demands, which allowed Stone and Rodness to offer up a police report to a national newscast to prove this was no Hollywood marketing ruse.

As the local Winnipeg production sector, including equipment supplier William F. White International, stepped in to supply replacement gear, Stone and Rodness were able to finally get the cameras rolling on Vandits. “We did end up shooting the movie with our limited gear. It’s a miracle that it even got made,” Stone insists.

What’s more, the filmmakers and brothers-in-law in real life, worked hard behind the scenes to ensure their crew and ensemble cast — including Jann Arden, Tony Nappo, Robb Wells and Enrico Colantino — faced little if any disruption. “We were being good filmmakers and kept the trouble as hidden as possible so our talent could focus and do the best job that they could do. But it was quite the adventure,” Rodness adds.

Vandits is set for a limited theatrical in Canada on Nov. 4 before the comedy shifts to local broadcaster Hollywood Suite. Rodness and Stone are currently lining up international sales agents to negotiate movie distribution deals in the U.S. market and elsewhere.

What’s more, they can finally see the humor in their production ordeal. “When we win the Oscar,” Stone says, “we’ll be sure to thank our family, our friends and the people who stole our truck.”

2022-10-19
Previous Post: Carne Adovada Sopaipillas Recipe
Next Post: How OkaySpace is creating a safe haven in the tattoo world