How Field Medic embraces his mortality with “HD folk music” 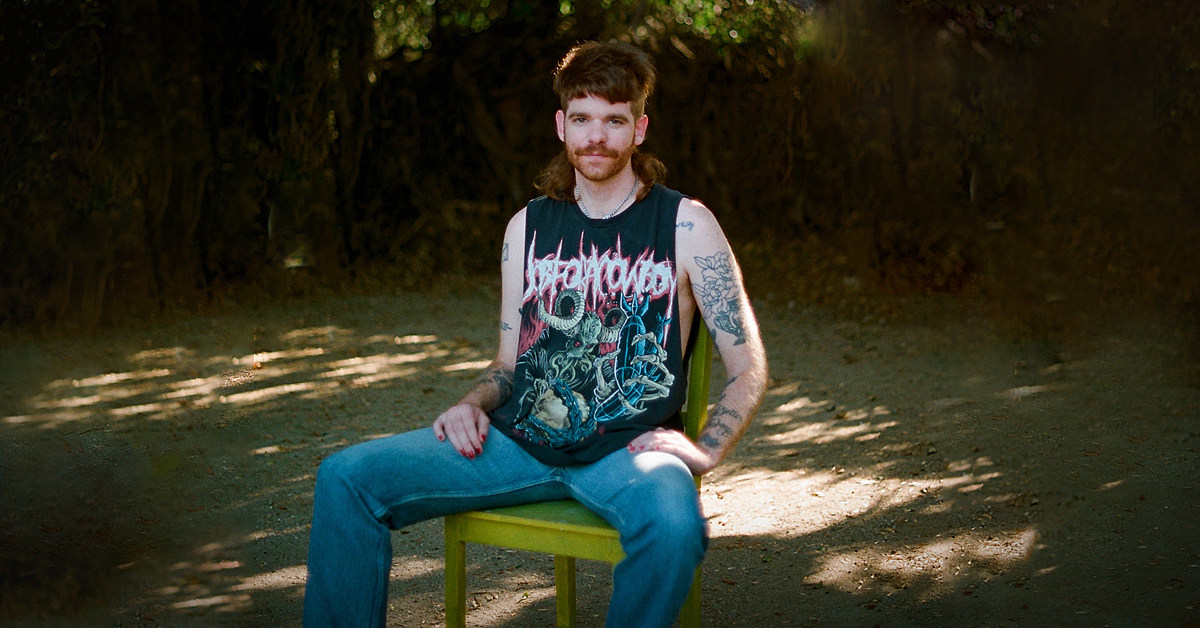 Kevin Sullivan, better known as Field Medic, has been playing shows for nearly a decade with nothing but a guitar and a boombox. But with his new album grow your hair long if you’re wanting to see something that you can change, the alt-folk singer-songwriter will embark on something entirely new: touring with a band.

Sullivan, who’s known for his lo-fi style — some of his songs are recorded on 8-track cassette tapes, others on an iPhone — says he decided to step outside his comfort zone on grow your hair long, which he describes as “HD folk music.” The artist, who typically limits his number of collaborators, also recruited Gabe Goodman to produce five songs.

Read more: With Blue Rev, Alvvays are back and stronger than ever

“I was pretty depressed in that period of time, and for the first time in my recording career, I wanted a co-pilot,” Sullivan says. “That gave me a jump-start to finish recording the other songs because I would just go to Gabe’s studio and play the guitar and do vocals, and he would arrange the bass and play piano.

“As the album started to take shape, the label [Run for Cover] was like, ‘Maybe it’s time for you to actually tour with a band,’” he continues.

Sullivan has been rehearsing for the last couple of months with drummer Nate Lich and bassist Dakota Floeter, who will be rounding out his three-piece band on the “for no reason other than the happiness I felt that so often seems lost” tour.

Ahead of their sessions, Lich transposed the drum machine tracks on some of Sullivan’s older songs to adapt them onto a real kit. But the trio soon realized it would be better to innovate them rhythmically, giving the old songs a completely new live band feel. While prepping for the tour, the main objective became figuring out “what songs we should leave the same and what songs we can open up and make more exciting and cool,” Sullivan says.

While new tracks (“weekends”) are tailor-made for a band, oldies (“like a feather or a pawprint”) will be enhanced with a live kick drum and vocal harmonies. Also being added to the setlist is “mood ring baby,” which Sullivan says was too difficult to arrange with just a boombox because its drums come in midway through the song.

Sonically, grow your hair long is Field Medic at its most refined. Gone are the staticky cassette songs and muffled vocals. Even the most stripped-down songs, like “miracle/marigold,” are tight and accompanied by background instrumentation. On the fully acoustic “house arrest,” Sullivan’s vocals are carefully produced, layered and filtered.

He also embraces country more than ever before, trading drum tracks for steady analog beats and lacing half the songs with pedal steel. On “weekends,” the best song on the record, Sullivan puts a twangy spin on the age-old pop ode to the weekend: “Weekends are the hardest part/Always feel like I’ve gotta see someone.”

“On the weekend, there’s this pressure to have hella fun and get hella faded,” Sullivan says, who got sober during the pandemic. “I just always have social anxiety, so the weekend makes me feel stressed.”

grow your hair long also delves into Sullivan’s fixation on his own mortality: “This is the most flagrant death-reference album I have made,” he admits. “I’m definitely scared to die, and I also sometimes want to die, as dark as that sounds. When I was making this record, I was at the precipice of both of those things. My baseline feeling in that time period was hopeless.”

With “always emptiness,” Sullivan opens the album in his signature dry hyperbole: “I want to fall off the face of the Earth and probably die.”

“Sometimes when I’m feeling really dark, I like to go as dark as possible with the lyrics so I can listen back and be like, ‘Dude, that’s kind of funny,’” he says of the lyric. “It’s very descriptive in a way that’s ridiculous, but it’s also real to me to feel that way sometimes. I think that it’s good to just let it out.”

In the middle of the upbeat, jangly lead single “i had a dream that you died,” Sullivan ponders suicide, concluding: “All of my sorta-friends would be like, ‘Whoa, I kinda knew that guy.’”

It’s not all doom and gloom. Scattered throughout the record are playful references to M.C. Escher, Chia Pets and Swedish Drain Gain rapper Bladee, whom Sullivan cites as one of his biggest influences.

A longtime champion of the “full-time freestyle method,” Sullivan still refuses to write down song lyrics.

“My creativity is very spontaneous. I don’t usually rewrite songs,” he says, adding that he recorded nearly all the songs on grow your hair long a day or two after writing them. “I don’t do demos. I just let it out.”

While Field Medic fans will be enjoying grow your hair long and an entirely new setup on this tour, one thing they might not get to see is Sullivan’s signature mullet in all its newfound glory.

“For the record, I’m about to cut my hair because it’s too long,” he says, fiddling with his trucker hat. “I don’t think I can last. I fully look like an Oompa Loompa at all times.”

2022-10-17
Previous Post: How Courting made their new LP Guitar Music weird and wonderful
Next Post: Why punk was never supposed to be sexy