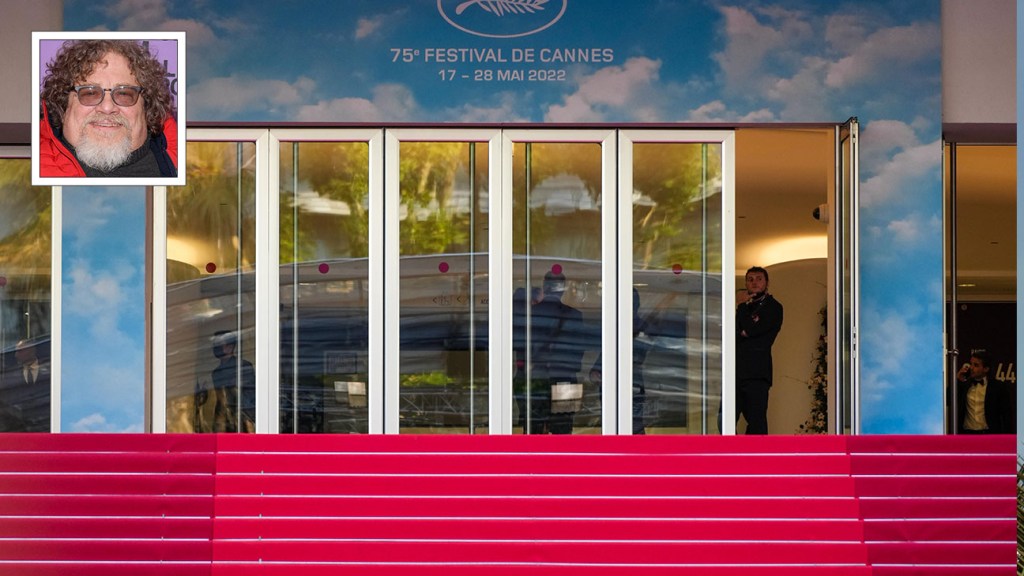 Filmmaker disability rights organizations are calling out the Cannes Film Festival for its inaccessibility, including the lack of a way to clearly access the Grand Lumiere theater without using the iconic red steps.

1in4 and FWD-Doc, which count Management 360’s Eryn Brown and Crip Camp director Jim LeBrecht among the co-founders, work to increase equity in Hollywood for filmmakers with disabilities. The groups have outlined a list of accessibility issues faced by disabled attendees of the French festival, as well as changes that they are demanding be made prior to the 2023 edition of the fest.

Brown and disabled filmmaker Victor Santiago Pineda are on the ground at the 75th annual festival and noted a range of issues, including an in-person registration window that is 5 feet off the ground, a lack of staff training on access and possible accommodations, and no mapping of accessible routes to screening locations.

The festival’s well-documented and ongoing issues with its electronic ticketing system has also disproportionality affected disabled festivalgoers, who cannot easily access kiosks or customer service personnel that can assist with ticketing. (THR has reached out to the festival for comment but has yet to hear back.)

The groups outlined a list of changes that should be made ahead of next year’s return to the Croisette. Access and inclusion training for staff and clearly marked, prominent signage for accessible routes into venues are among the demands. They also call for the festival to name an individual or individuals responsible for achieving accessibility goals.

Amanda Upson, the interim director of FWD-Doc, said in a statement: “Minimal access standards were agreed on by the EU in 2019. Cannes has had years to modernize. We’re disappointed, but not surprised.”

In recent years, the entertainment community, including film festivals, has been reviewing the accessibility practices after repeated pleas from disabled filmmakers over a lack of equity and support. The Sundance Film Festival, where Crip Camp opened the 2020 edition and where best picture winner CODA first premiered in 2021, has committed to closed captioning all of its films, with post-screening Q&As having ASL interpretation.

“Next year’s festival should be a sharp, vivid contrast to 2022’s lackluster response to the growing, ongoing outrage over the dismal lack of inclusion at Cannes. This isn’t complicated, nor should it be difficult for anyone to understand,” said Oscar-nominee and FWD-Doc co-founder LeBrecht in a statement. “All we’re asking for are the same things our non-disabled peers routinely take for granted.”