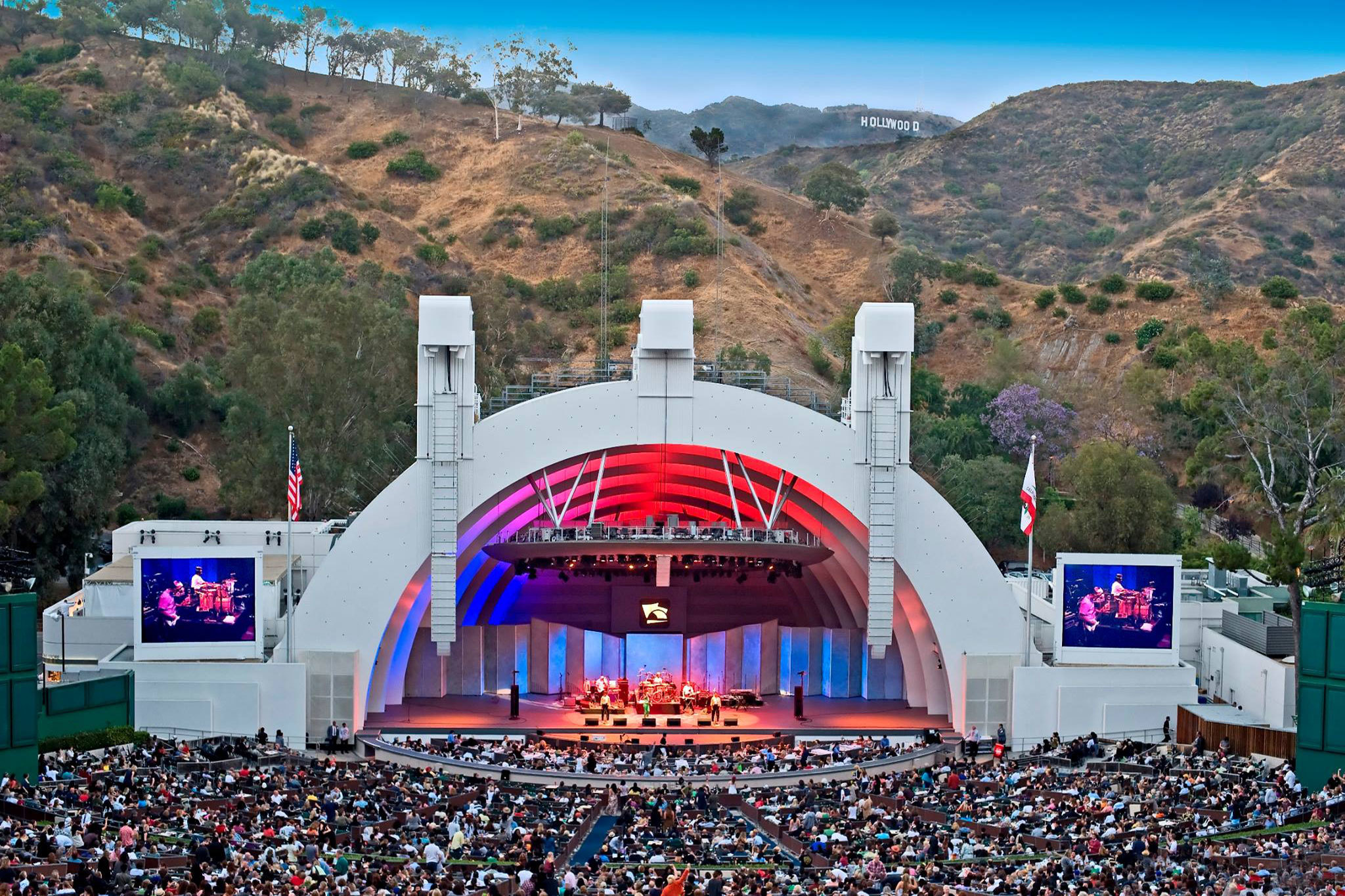 Last summer marked the first time in the history of the Hollywood Bowl (which opened in 1922) that the beloved outdoor theater was forced to cancel an entire season of performances, due to the COVID-19 pandemic. Thankfully, the iconic venue is back in action this summer, with more than 50 performances scheduled to take place in the coming months—all adhering to the latest reopening guidelines from Los Angeles County.

Before the Hollywood Bowl’s 2021 season opens up to the public, the venue will host five free concerts for healthcare workers, first responders and essential workers as a token of appreciation to all the brave individuals who helped guide Los Angeles through a pandemic. These shows include a pair of performances by the Los Angeles Philharmonic conducted by Gustavo Dudamel (May 15 and 22), an advance screening of the new documentary P!nk: All I Know So Far (May 17), a co-headlining set from Thundercat and Flying Lotus (June 12), and Latin rock band La Santa Cecilia (June 26).

Film score aficionados will want to show up in September for the Maestro of the Movies concerts, featuring composers John Williams and David Newman conducting some of their most famous themes, performed by the Los Angeles Philharmonic (Sept 3, 4 and 5). The LA Phil will also tackle live performances of the scores of The Princess Bride (July 31) and Black Panther (Sept 10, 11 and 12). Plus, the Hollywood Bowl Orchestra will perform the score for Harry Potter and the Half-Blood Prince (Sept 17) and actress Melissa Peterman will host the traditional Sound of Music sing-along (Aug 21).

On the classical front, the Los Angeles Philharmonic has 14 performances on the calendar, including a pair of Tchaikovsky Spectacular concerts accompanied by fireworks (Aug 6 and 7) and an all-Gershwin program featuring pianist Jean-Yves Thibaudet (Aug 10). And Desus & Mero-approved cellist Yo-Yo Ma will show up to play all six of Bach’s cello suites (Sept 14).

Current Hollywood Bowl subscribers can renew their seats today via the Hollywood Bowl website—everyone else will have to wait until “Create your own” three-concert ticket packages go on sale on May 27. If you’re hoping to attend the July 4th Fireworks Spectacular concerts on July 3 and 4, individual tickets will be available on May 18. Individual tickets for the rest of the calendar will be made available to the general public on June 1.

Though regulations will likely evolve throughout the season, the Hollywood Bowl will be a majority vaccinated venue, operating at 67% capacity with only two sections reserved for non-vaccinated attendees. Non-vaccinated guests will need to provide proof of a negative COVID-19 test taken within 72 hours prior to attendance. And everyone in attendance at the Bowl will be required to wear a mask. You can keep tabs on the current policies here.

Take a look at the complete calendar of Hollywood Bowl 2021 concerts and read on to find the 15 shows that we’re looking forward to the most (we’ve noted which subscription series they fall under).