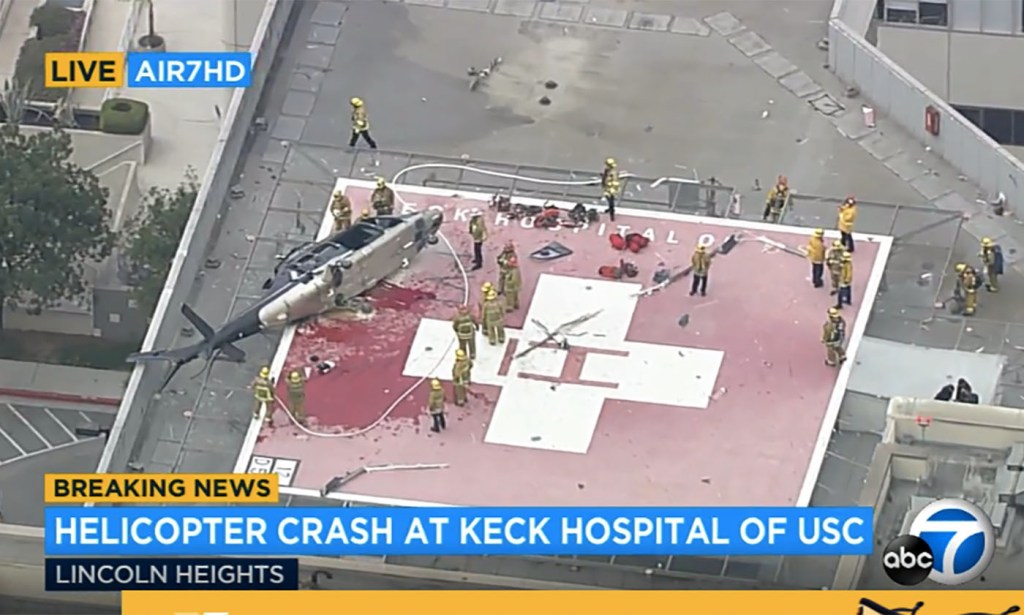 LOS ANGELES — A helicopter that was transporting a donated organ crashed this afternoon on the Keck Hospital of USC helipad, and the pilot had minor injuries, authorities said.

Emergency personnel were dispatched about 3:20 p.m. to the hospital in the 1500 block of North San Pablo Street in Boyle Heights, according to Margaret Stewart of the Los Angeles Fire Department. The private air ambulance was stable on its side near the helipad’s edge by 3:40 p.m., with no fire, and it did not appear to have a significant fuel leak, she said.

Three people were on board, but two of them “had no medical complaints,” according to Stewart. The pilot had minor injuries, she said.

“The donated organ that was being transported was safely retrieved by LAFD firefighters and handed over to USC-County Hospital staff,” Stewart said.

Authorities closed Norfolk Street, between Soto and San Pablo streets, according to the USC Department of Public Safety.