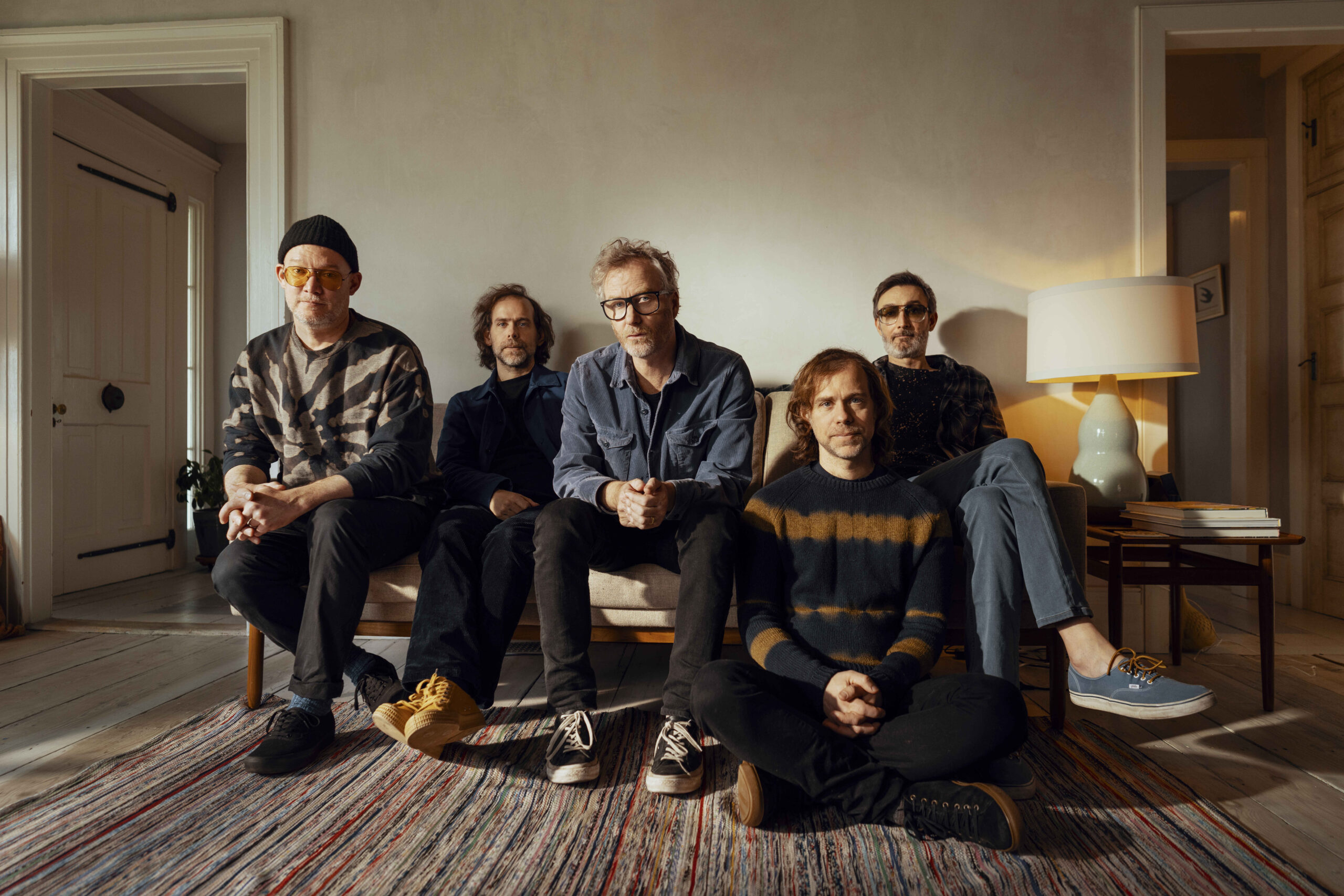 As tipped here last week, The National has released the new song “Weird Goodbyes” featuring Bon Iver, which the band has already been playing live minus Justin Vernon during its summer world tour.

“It’s about letting go of the past and moving on, then later being overwhelmed by second thoughts,” says frontman Matt Berninger of “Weird Goodbyes,” which will appear on the band’s in-progress next studio album.

The National’s Aaron Dessner says “Weird Goodbyes” is one of the first new song the band worked on in the wake of the 2019 album I Am Easy To Find. “I was misusing drum machines, as usual, and stumbled onto this beat that got stuck in my head — it felt like something only [drummer] Bryan [Devendorf] could naturally play,” he adds. “We built the song around the beat. Matt’s melody and words felt so elegant and moving from the beginning — mourning a loss of innocence and motivation, holding onto memories and feelings that inevitably slip away and the grief we all suffer in weird goodbyes.”

Dessner, who works closely with Vernon in their Big Red Machine project, says he “somehow could hear” Vernon’s “voice and heart in this song from the beginning. We sent it to him and it moved him — he then sang with Matt so powerfully.” The finished product is the first appearance by Vernon on a National studio recording and also features strings by the London Contemporary Orchestra as orchestrated by The National’s Bryce Dessner.

In an interview today on Apple Music, Dessner said of “Weird Goodbyes,” “I hear the old engine of the National, and I hear also new places we’re going to.” Of the upcoming album, which is “very close” to completion, he revealed that Berninger’s approach to “writing about disillusionment and disconnection and wanting to escape or wanting to reconnect feels very direct and light in a way that reminds me of older songs of ours, even like Boxer-era.”

Dessner said he “can skew apocalyptic” when it comes to thinking about both The National’s ongoing existence and world events, and with that in mind, he found himself wondering if the band’s last pre-pandemic concert in Portugal in 2019 could have been “a really amazing” farewell. “There was a feeling once we got away from it that to restart it, we’d have to be really inspired,” he said. “It’s not like we just get together and it’s like, there’s some songs. It’s a slow, long process to make stuff together, but it did happen.”

After a short break, The National’s tour resumes Aug. 26 at London’s All Points East festival and wraps Sept. 25 at the new Sound on Sound festival in Bridgeport, Ct.