‘Hadestown,’ ‘Dear Evan Hansen’ are coming to the Ahmanson Theatre; ‘To Kill a Mockingbird’ pushed back 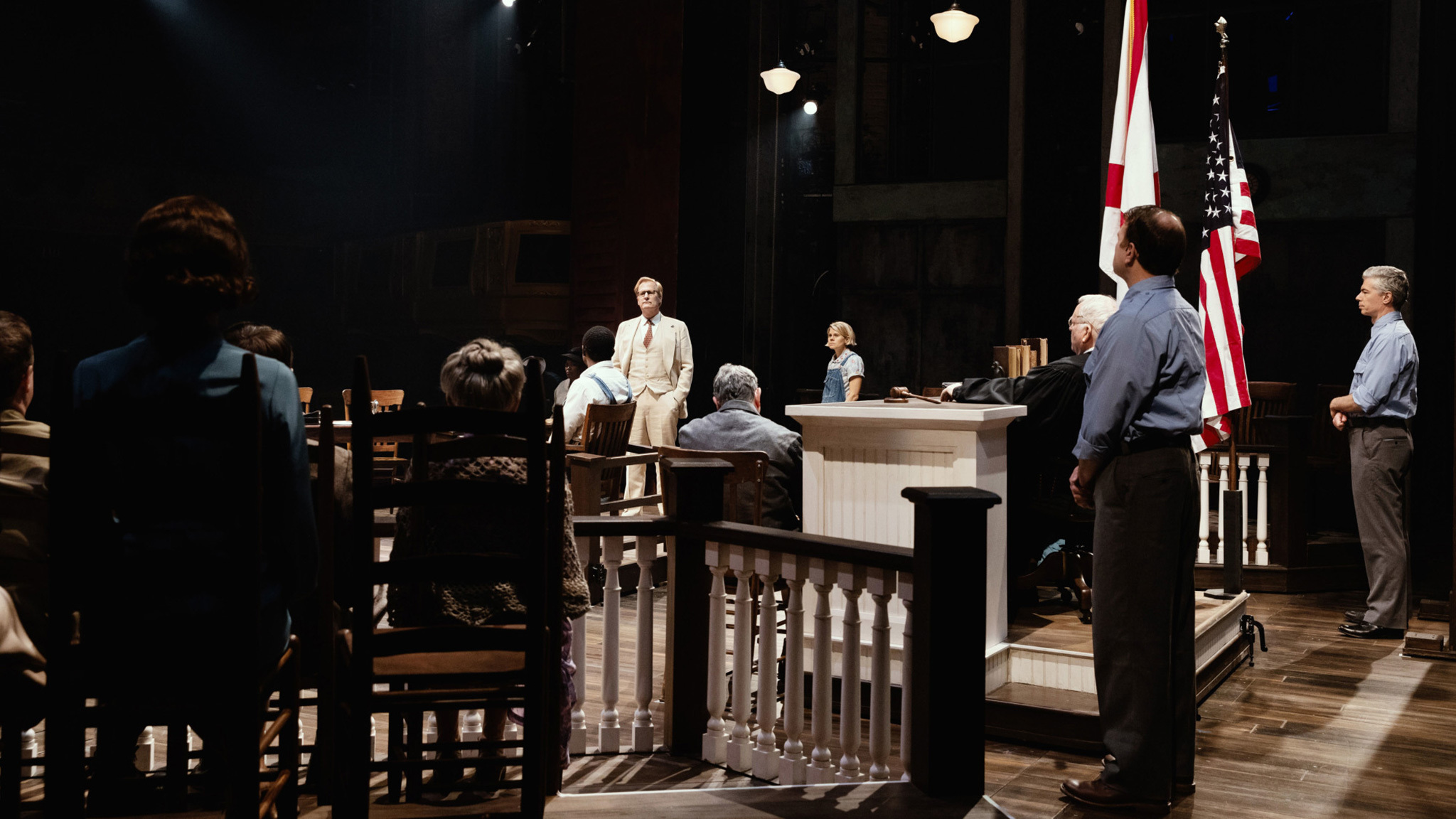 UPDATE (11/17): After initially bumping back the season opening to April 2021, Center Theatre Group announced that it now expects productions won’t resume until August 2021, starting with two new additions: Rodger’s and Hammerstein’s Oklahoma! (which was previously slated for the Dolby Theatre) and A Christmas Carol.

But the bigger news: Les Misérables, To Kill a Mockingbird, Come From Away and Ain’t Too Proud have all been removed from the schedule and are now slated for “future seasons.”

To Kill a Mockingbird. The Prom, Come From Away and Ain’t Too Proud are also slated for 2021 (the latter two have been shortened to two-week runs). But Hadestown, Dear Evan Hansen, The Lehman Trilogy and Les Misérables, which comprise the first half of the previously announced season schedule, are now listed with “dates to be announced.”

Our original story from February about the lineup announcement appears below.

Downtown L.A.’s Ahmanson Theatre just announced is 2020–2021 season, and it’s packed with lauded Broadway productions (pretty much every show has been rated four stars or higher by our counterparts in New York).

To Kill a Mockingbird, Hadestown, Dear Evan Hansen, Les Misérables, The Lehman Trilogy and more are all coming to the Music Center theater. Though an on-sale date for single show tickets hasn’t been announced yet, you can grab tickets right now with a seven-show subscription, which starts at $245.

Center Theatre Group announced late last year that the Aaron Sorkin-written adaptation of Harper Lee’s To Kill a Mockingbird would be coming to L.A., but now we know when exactly the popular production will run: April 29 to June 26, 2021. And, sorry if you were hoping for Jeff Daniels: Richard Thomas (a Tony nominee and Emmy winner, so not too shabby himself) will star as Atticus Finch, as he will for the rest of the national tour.

Among other previously announced-but-not-detailed productions, eight-time Tony winner Hadestown, a thrilling modern retelling of the ancient Greek myth of Orpheus and Eurydice, will take the stage from March 2 to April 4, 2021. And Dear Evan Hansen, which made its L.A. debut at the Ahmanson a couple of years ago, returns from December 1, 2020 to January 23, 2021.

The lineup actually features a few other recently-in-L.A. productions: Les Misérables, which was at the Pantages Theatre a couple of months ago, will sing the song of angry men at the Ahmanson from January 26 to February 28, 2021. Come From Away, the story of a small Newfoundland town that took in diverted flights on 9/11, returns to the Ahamson from Jun 9 to July 4, 2021 after its initial 2018 run there. And Ain’t Too Proud, a musical revue of the Temptations, makes its DTLA reprise from August 11 to September 5, 2021.

A couple of L.A.-area newcomers round out the rest of the season’s slate: The Lehman Trilogy, a dramatic, near-mythological retelling of the two-century history of the doomed financial firm, arrives October 20 to November 28, 2020; and The Prom, a lovable musical comedy about Broadway stars trying to better the world, runs July 6 to August 8, 2021. In addition, Center Theatre Group is teasing a ninth, to-be-announced production that’ll run this fall.

Check out the full season schedule below:

2020-11-17
Previous Post: Judd Apatow’s First Netflix Movie Will Be a Pandemic Comedy
Next Post: Where are the Ball brothers now? Lonzo, LaMelo and LiAngelo find mixed success in NBA