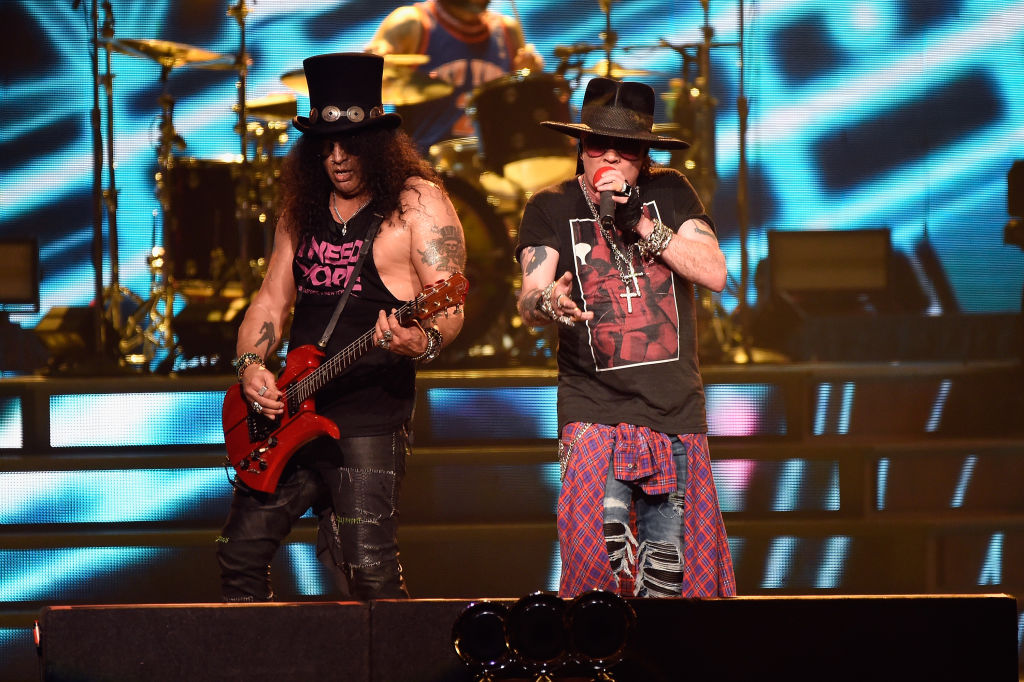 Last month, Guns N’ Roses seemingly out of nowhere (but not really since they played the song two nights before in Boston at Fenway Park) shared a new version of the Chinese Democracy casualty “Silkworms” that was newly Christened as “Absurd.” Last week, a post on TikTok from Slash’s girlfriend saw the band working on a new tune in Chicago (this time at Wrigley Field, what is it with these guys and baseball stadiums?) called “Hard Skool,” from the same marathon sessions. Well, it’s out now and you can hear it below.

What does this mean? Who knows as yet but there’s definitely new music coming from the group. Axl Rose hasn’t released a new album with Slash and Duff McKagan since Use Your Illusion I and II, which turned 30 last week. GNR’s last release was 2008’s Chinese Democracy.

Guns N’ Roses are currently on tour with Mammoth WVH playing stadiums and arenas across the country.