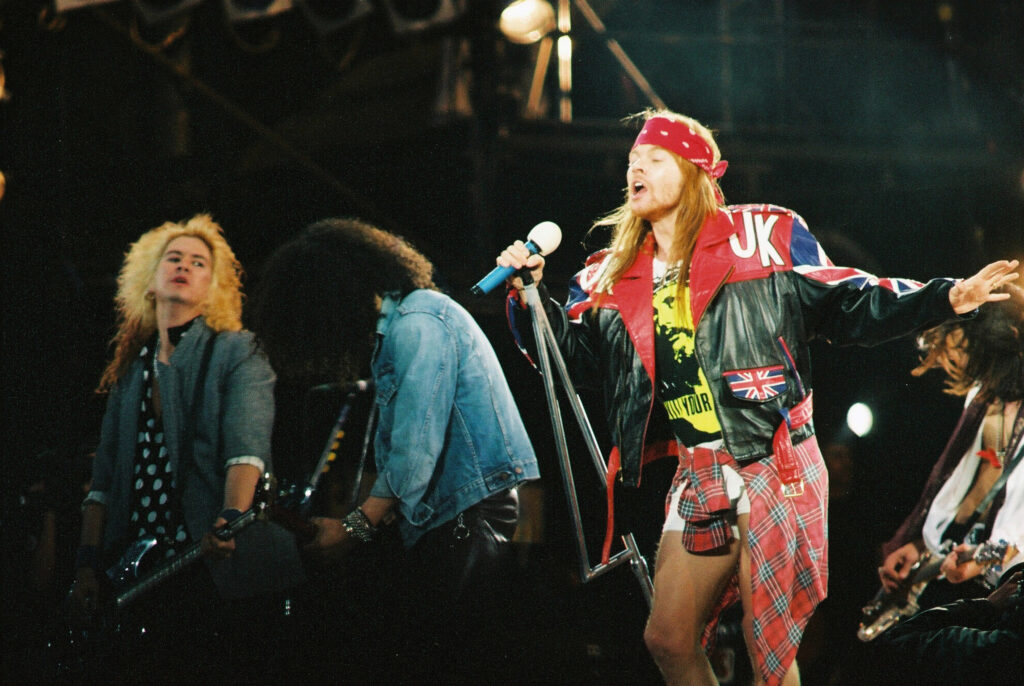 Guns N’ Roses are giving their simultaneous 1991 albums Use Your Illusion I & II the deluxe boxed set treatment in a variety of incarnations on Nov. 11, all of which feature the original releases remastered from high-resolution 96kHz 24-bit transfers from the stereo 1/2-inch analog master tapes.

The Super Deluxe 7-CD + Blu-ray and 12-LP + Blu-ray editions include 63 previously unreleased tracks drawn from Use Your Illusion-era concerts on May 16, 1991, at the Ritz Theatre in New York and Jan. 25, 1992, at the Thomas & Mack Center in Las Vegas. The Blu-ray features a film of the New York show plus a newly cut live music video for “You Could Be Mine.” Also included with the Super Deluxe boxes are 100-page hardcover books, replica fan club newsletters from the time period, 10 lithographs, seven photo prints and replica backstage passes and concert tickets.

In another twist, all versions contain an updated version of the hit “November Rain” with newly recorded contributions from a 50-piece orchestra, conducted and arranged in 2021 by composer Christopher Lennertz. According to Universal, “November Rain” was the first music video from the 1990s to reach 1 billion views on YouTube.

Released just as grunge was beginning to nudge the more metal-leaning ’80s bands from the top of the charts, Use Your Illusion I and II delivered on the promise of Guns N’ Roses’ 1987 breakthrough Appetite for Destruction, selling more than 1.45 million units combined in their first week in stores. Beyond “November Rain,” the albums spawned such favorites as “Don’t Cry,” “You Could Be Mine,” “Civil War” and covers of Paul McCartney’s “Live and Let Die” and Bob Dylan’s “Knockin’ on Heaven’s Door.”

However, the extensive Use Your Illusion tour proved to be Guns N’ Roses’ undoing, with guitarist Izzy Stradlin leaving the band days before the albums were released. Following the tour’s conclusion on July 17, 1993, Guns N’ Roses didn’t perform live in any form for another eight years.

The group finally reunited with most of its original lineup in 2016 and has been touring consistently ever since. Dates are on the books in South America, Mexico, Asia and Australia through Dec. 10.