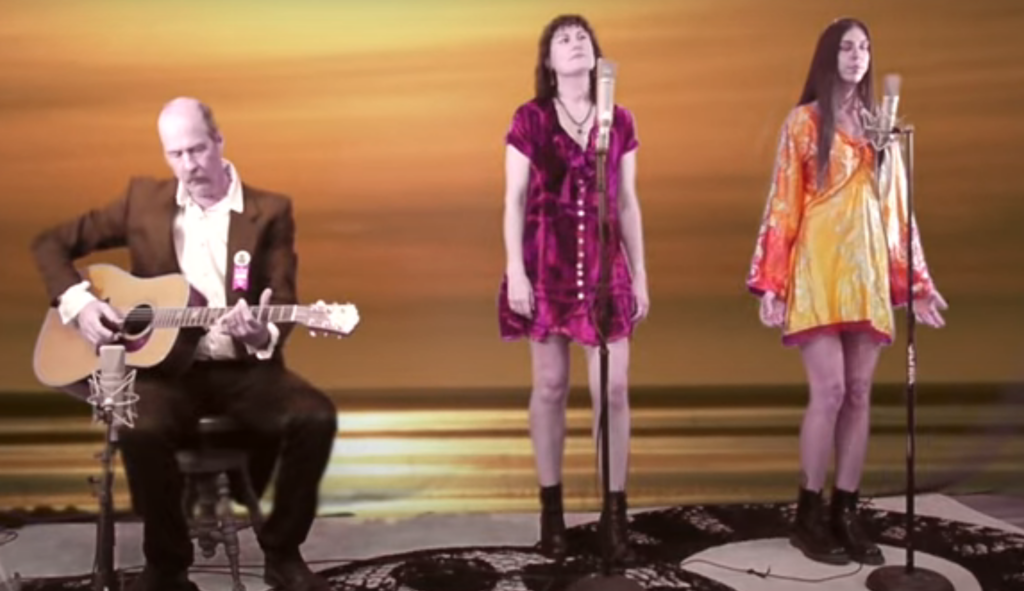 A few months ago, members of Nirvana, Pearl Jam and Soundgarden formed a new group called 3rd Secret and out of seemingly nowhere, dropped a new album. The secrets keep coming as Krist Novoselic, Kim Thayil and Matt Cameron-led vehicle shared a new video for “Rhythm of the Ride.” The song was recorded by Erik Friend and mixed by longtime Seattle producer Jack Endino.

In the video for the first song off of the album, Novoselic can be seen playing acoustic guitar with the group’s two vocalists, Jillian Raye and Jennifer Johnson. The clip was shot at Murky Slough Studios in Naselle, Washington, with some cool backgrounds added.

The band released their debut album on April 11. Novoselic and Cameron had teased a secret collaboration while in the studio and shared photos of the sessions on their social media platforms. 3rd Secret played their first show in Seattle on April 18 at The Museum of Pop Culture.

Earlier this month, Cameron had been on tour with Pearl Jam before contracting COVID-19. He missed a pair of shows, with Josh Klinghoffer and Richard Stuverud (and some lucky fans) replacing him on drums. The tour was eventually canceled after Jeff Ament tested positive for COVID.