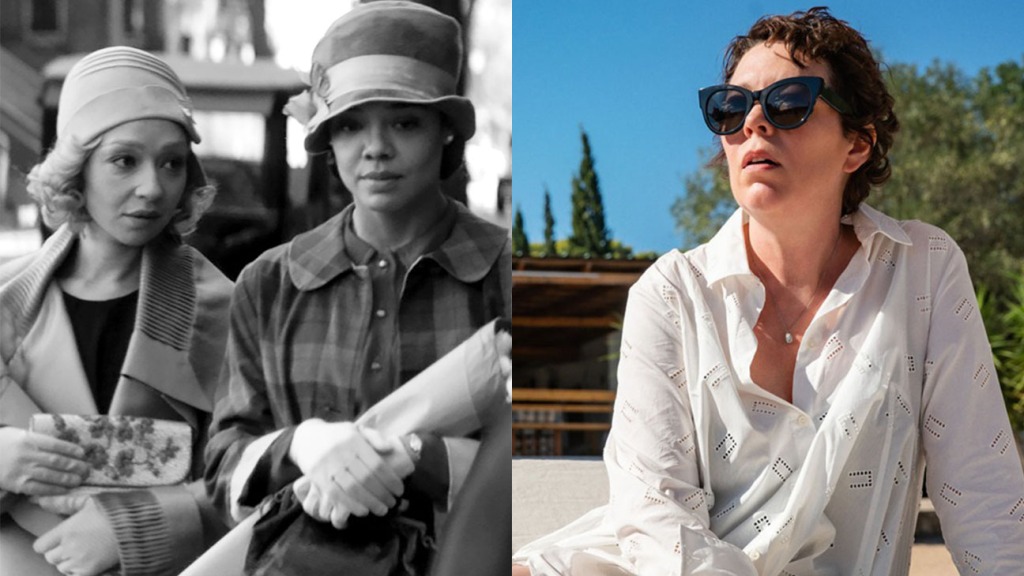 The 2021 Gotham Awards are taking place in New York, recognizing independent content across film and TV.

The Lost Daughter, Passing and Test Pattern were nominated for best feature alongside A24’s The Green Knight and Neon’s Pig.

On the TV side, the Gotham Awards is among the first awards bodies to recognize buzzy new series Squid Game, The White Lotus and Reservation Dogs, which each scored two nominations.

For this year’s awards, the performance categories are now gender-neutral and the Gothams added two more TV categories.

The 2021 awards are taking place less than a year after 2020’s winners were announced in a pandemic-delayed hybrid event in January, with winners participating via live video.

At the start of the show, CODA star Emilia Jones took home the award for breakthrough performer. “When you’re making a movie about a culture that you don’t belong to, it’s important to surround yourself with people who are a part of it. And on CODA, we surrounded ourselves with the best: Marlee Matlin, Troy Kotsur and Daniel Durant,” Jones thanked her costars, who are members of the deaf community. “They took me under their wing the minute they met me.”

“To work opposite her is to feel truly seen and partnered. She elevates everything,” Moore said. ”What she presents onscreen and in life is sometimes challenging to people because it’s like she’s skinless. She demonstrates a truth that can feel uncomfortable, but cool at the same time because she’s cool right. I mean, there’s no one cooler than her.”

“When you make one movie, it’s to make one more. If you’re allowed to make one more movie after the first one you make, you’re so lucky. And it’s a cool award show to be at because of that,” Stewart thanked the Gotham Awards.

Summer of Soul director Questlove took to the stage to highlight the Quest Love EDU Scholarship in partnership with iHeartMedia and Gotham. The scholarship awards full tuition to five undergraduate students of color currently enrolled at historically black colleges and universities, in which they will also have the opportunity to attend an 8-week summer workshop program to apply practical skills in media production and storytelling.

“I would first like to commend the Gotham Awards for eliminating gender from their awards categories because true talent shines through the constructs meant to separate us,” said Asia Kate Dillon presenting the award for outstanding performance in a new series, an award that was ultimately awarded to two nominees: Ethan Hawke in The Good Lord Bird and Thuso Mbedu in The Underground Railroad.

“I’ve never been nominated where the male and female performances were not separated and its very powerful thing to see these clips and see us not defined by our gender,” Hawke said in his acceptance speech. “I wish that the women in this room had as many opportunities as the men. Directors don’t get differentiated by gender. I never understood why actors do, so I’m so proud to share this award. It’s a really beautiful moment actually.”

Following his win, Hawke presented the tribute award to his friend and fellow actor Peter Dinklage.

“I got a lot of my native brothers and sisters out there tonight,” Mark Ruffalo said while presenting Jane Campion with her tribute award. “It’s so good to see you guys where you belong, telling stories.”

Reservation Dogs, an FX comedy centered on modern life on a native reservation, went on to win for breakthrough series short format.

“So white people have long ass speeches and y’all been saying these speeches for way too fuckin’ long,” said Reservation Dogs creator and executive producer Sterlin Harjo . “We love ll you, we’re here for you, don’t fuckin talk so long. Jesus Christ.”

“The only reason I was able to create this show Is because of my friend Taika Waititi,” Harjo praised his co-creator. “No one gave a fuck about Indians before that and Taika walked into FX and said make this show happen. Thank you very much FX for letting us do it.”

“I want you all to remember, we’re on Wall Street right now,” Harjo called attention to the show’s venue in New York City. “Everyone think about Wall Street. There were indigenous people that lived here and they fuckin’ came here and gave them beads and tricked them into giving up their land. And then they built a wall to keep them out of their land and that’s why it’s called Wall Street. They built a fuckin’ wall to keep our people out of that land. I want you all to remember that. That’s what they did to us. Remember Trump tried to build a wall? They did that a long time ago to keep native people out of this land.”

“We’ve experience so many miracles since we launched this show on September 17th and the biggest of them is how much love and support you all have shown to a foreign language series with a very strange title,” said Squid Game producer Kim Ji Yeon.

“When I wrote this script it was 2009, 12 years ago. I did my best but nobody liked it. People said it’s unrealistic, it’s too violent, it’s absurd, it’s weird,” added creator Hwang Dong-hyuk. “It took 12 years to make this show and show it to the people. And it took less than 12 days to become the number one show on the planet. What can I say? It’s a miracle. If there is miracles, this is a miracle. it happened to me. And all I can say is thank you. Thank you for watching it, thank you for loving it.”

Maggie Gyllenhaal secured her second award for the night for the Bingham Ray breakthrough director award.

“It’s expensive to make movies,” said Maggie Gyllenhaal in her second acceptance speech. “Movies cost a lot of money, you can write them but someones gotta make them. So then the question becomes, what is valuable? Is women telling stories that resonate between us, valuable? And is it high art? And is it appealing to men? To see women that actually look like their wives or their sisters or their mothers  up on screen? I think the lineup of films being celebrated here tonight says ‘yeah, it fuckin’ is.’”

A full list of this year’s nominees follows, which will be updated live as winners are announced during the in-person event at New York’s Cipriani Wall Street.

What Do We See When We Look at the Sky?
Alexandre Koberidze, director; Mariam Shatberashvili, producers (MUBI)

The Green Knight, David Lowery (A24)

Frankie Faison in The Killing of Kenneth Chamberlain (Gravitas Ventures)

Taylour Paige in Zola (A24)

Colman Domingo in Zola (A24)

Suzanna Son in Red Rocket (A24)

Outstanding Performance in a New Series

Anjana Vasan in We Are Lady Parts (Peacock)