Gloomer makes shoegaze that feels like staring into strobe lights 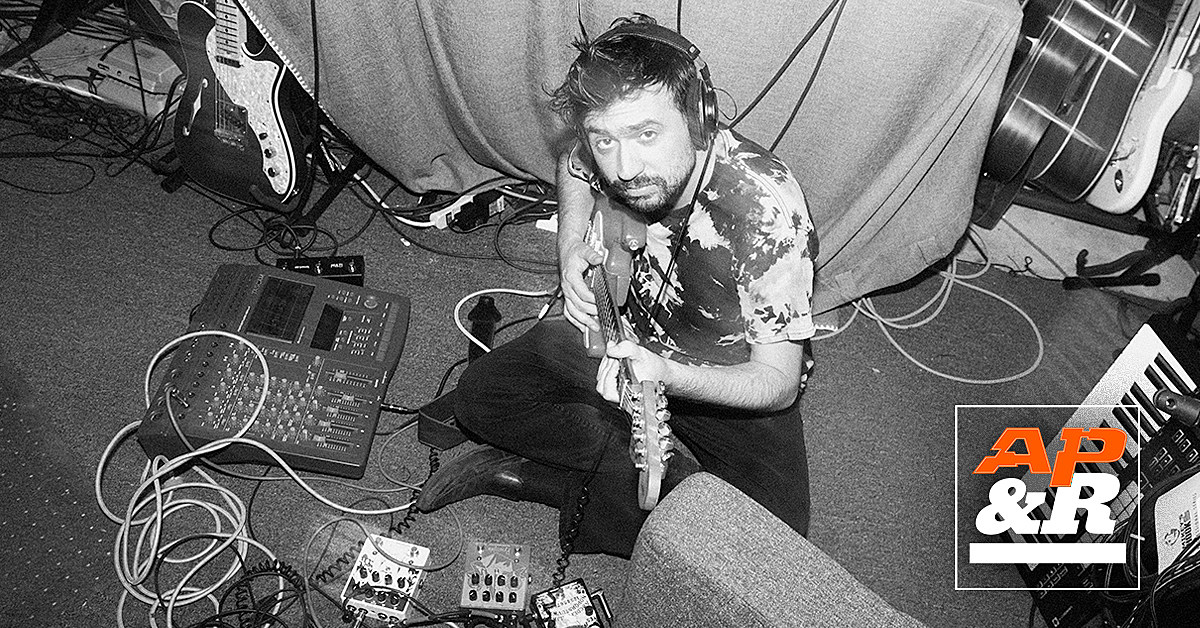 Welcome to AP&R, where we highlight rising artists who will soon become your new favorite.

When Elliott Kozel was younger, listening to Beatles records soon morphed into losing time in his room with a Tascam four-track recorder. “Probably [around] seventh or eighth grade, I started to be like, ‘God, I’m addicted to this,’” he offers from his home in Los Angeles. Years later, Kozel ended up buying the exact same model as a reminder of his roots. “It’s funny, though. I don’t really use it. I just have it here as a comfort,” he says.

Kozel has evolved since those days by both making music his career and, more often than not, producing for others. You may know him from the “bubble noises” on Yves Tumor’s “Katrina” or from the dizzying glitches that color Jean Dawson’s “Dummy.” Now, he’s stepping out with another new project called Gloomer, a shoegaze-meets-drum-and-bass blitz.

“A lot of the songs came about because I would be like, ‘How can I make a bunch of shit that doesn’t go together, go together?’” he explains. The answer: much experimentation. “I would make 10 different sections for a song and just keep making different things,” Kozel continues. “It could go half-time. It could go crazy rock ’n’ roll. Everything could go quiet.” Then he’d edit the best of those ideas down until it became a three-minute song.

His debut single “Drumjoy,” for one, was originally six minutes, a song where Kozel sampled his friends in the “grit-pop” band ill peach. In turn, that ended up becoming a huge part of his sound. He tapped into a technique called granular synthesis, where you insert a song into a sampler and it spits out different parts of the audio, thus “rebuilding it in this weird-ass way” and adding to the song’s disorienting strobe-light effect.

But while the new tracks are experimental, they’re not borderless. Unlike musicians who boast about mixing countless genres, Kozel wants to box himself in. Because he partners with so many different kinds of musicians, he strived to set limitations to work within so he wasn’t overthinking it. Otherwise, he’d get too far out, too self-indulgent.

The result is a batch of songs where the guitars are scuzzy, the vocals claustrophobic, the vibe chaotic and lo-fi. Kozel achieves this by folding in Connan Mockasin’s guitar warble, drum breaks that flit back and forth and My Bloody Valentine’s noisy bliss. (In fact, Kozel ripped his moniker from a Loomer pedal — a multi-effects box named after the My Bloody Valentine song of the same name that aims to emulate Kevin Shields’ guitar tones — and added a “G.”) The sound is jolting and murky but not unsettling. Rather, it’s the feeling of his emotions reaching a pent-up frenzy, needing to be exorcised.

“I am kind of holding it all inside, trying not to bother anybody, and then late at night, I get in here, and I’m just like, ‘I got to get it out, but I’m going to whisper it,’” he laughs.

Truthfully, listeners could mistake the vocals as shoegaze-influenced, where they’re often swallowed by a wall of sound, but it’s more to do with a fear of expressing himself. “I took a break [from my own projects] and was working on other people’s music, and then when I went up to the mic, I was scared,” he admits. You’ll find no heart-on-sleeve confessionals or eviscerating self-loathing in his songs, either. If anything, the lyrics are purposefully left vague and overridden by texture, leaving the interpretation up to the listener.

Texture is pivotal to his sound, though, and something that Kozel hopes to translate to his live shows as Gloomer. After all, much has changed since he last hit the stage as Tickle Torture, his erotic “Prince rip-off” project where dancers were painted in gold, confetti cannons erupted onstage and Kozel performed in a thong. But like David Bowie’s Thin White Duke or George Clinton’s Dr. Funkenstein, Kozel calls Tickle Torture a character he was playing and someone who’s “long gone in my psyche.” Instead, Gloomer feels more true to his personality, and a welcome relief from his Tickle Torture theatrics. “I hung up the thong,” he jokes.

As for his live show as Gloomer? He’s still planning out how it’ll sound, but he promises to create a low-stakes DIY atmosphere. “There’s so many reasons to change it up and have a humble shoegaze show,” he adds. “I’ll be looking at my pedals, trying to make my tones good.” Right now, he plans on bringing a laptop so he can maintain the drum-and-bass aspect, and there’ll be a drummer playing over the samples. Kozel is also creating new songs weekly so he can produce a 30-minute set, and more are on the way now that he knows his formula.

“I do want to leave room for Sonic Youth moments where we just get to zone out on some feedback for a few minutes,” he enthuses. “The fun part of playing live is to be able to have some spontaneity. Otherwise, what’s the point?”

FOR FANS OF: Yves Tumor, Nothing, Vegyn