Future Teens, grandma and other rising artists to check out 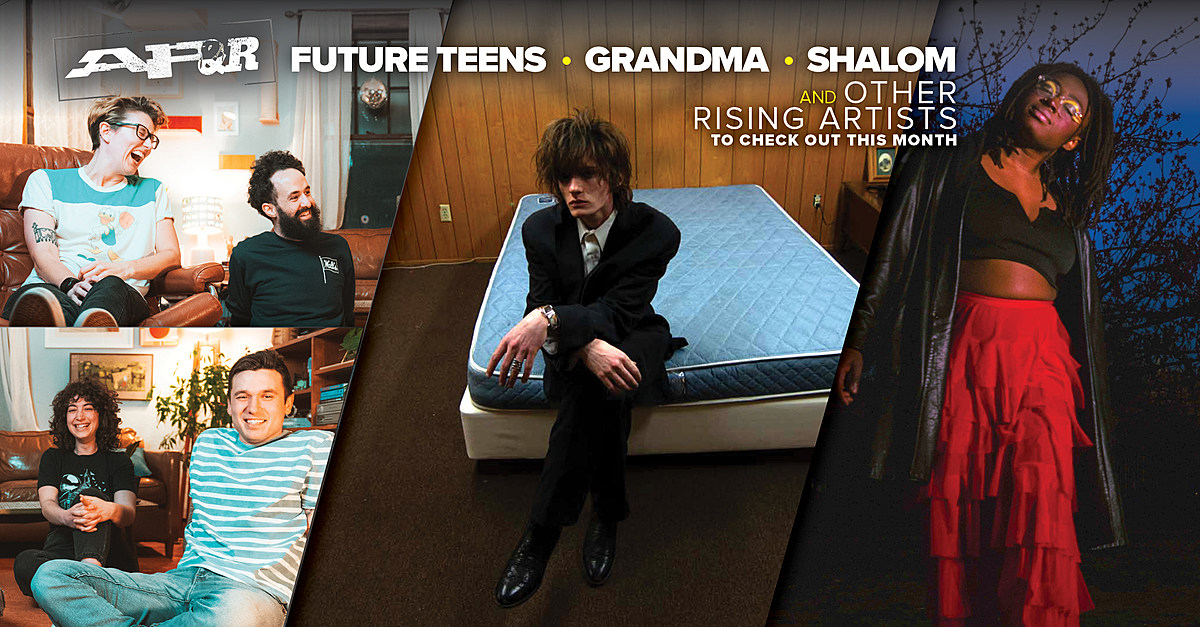 Every month, Alternative Press is sharing some of our favorite new releases. From electronic to R&B, this month’s AP&R list spans various genres to bring you a unique list of up-and-coming artists. Check out these rising artists who will soon become your new favorite below.

Read more: Meet Koyo, the Long Island quintet at the forefront of the melodic hardcore and emo revival

CHECK OUT: “Bad To The Bone”

Shalom is crafting a sonic realm that’s all her own. With her delicate, wispy vocals, the Brooklyn-based artist will transport you into a dreamlike frame of mind. In her latest single “Bad To The Bone,” Shalom joins forces with producer Ryan Hemsworth to construct an otherworldly, bass-driven atmosphere built around heavy emotions. “It’s all about knowing something is bad for you and chasing it anyway,” Shalom explains in a press release. “Because sometimes you weigh risk and reward…and the risk is the reward.”

James Ivy is versed in producing catchy anthems, and “Peace Sounds” is sure to have you under his electrifying spell. What starts out as a calming ambiance soon seamlessly transitions into an explosive beat that emphasizes the genre-defying versatility of the NYC musician. Fusing together electronica and classical elements, Ivy creates a memorable sound for the track’s relatable hook. “When you want me, I got all the time in the world,” Ivy declares over a vibrant tune that sits somewhere between alt-rock and pop. Don’t miss Ivy’s second EP either, slated to be released this fall.

Blondshell, the project of Sabrina Teitelbaum, embraces vulnerability and confessionalism with open arms. Her debut single “Olympus” recounts a relationship sustained by addiction. The song opens with a sense of heartfelt, brazen honesty when, within the first two seconds, she sings, “I’d still kill for you/I’d die to spend the night at your belonging.” Blondshell’s tender vocals paired with poetically reflective lyricism paint a bittersweet image of a toxic love that’s doomed to burn.

Future Teens define themselves as “bummer pop,” and with “Same Difference,” they cement themselves as just that. The track grapples with longing for a relationship while simultaneously striving toward emotional growth. The upbeat song is reminiscent of early 2000s pop punk, with a gentle and melodic guitar-driven sound that is poignantly rooted in self-reflection.

Musician and producer Mokita taps Charlotte Sands for this powerful, electronic-infused track. Together, the two craft an evocative atmosphere that explores the cycle of a disaster-prone relationship that’s more akin to a car crash. Sands and Mokita sing over trap beats that will resonate with anyone who has ever found themselves drawn to a situation that’s as intoxicating as it is toxic, until ultimately it all comes crashing down.

“Blue Atlanta” is taken from grandma’s new EP, Angelhood. In his ode to detaching from reality, grandma delves into a nostalgia of sorts. Throughout the song, his calm, expressive vocal range combined with emotion-fueled lyrics make for a hypnotic sound that drifts on energetic synths.

Richie Quake’s “Cherry Red” is featured on the indie singer-songwriter’s new album, I Want Some! For Quake, the song is an allusion to everything that both excites and defeats him. “The sensual and sweet beauty of a glimmering cherry, the raw power of a glistening motorcycle roaring full speed ahead ready to tear me apart,” Quake explains in a press release. “They both represent the glamorization and addiction to chaos and self-destruction.”

INDIGHXST traverse a multitude of genres freely and passionately. Finding a balance between an R&B-inspired beat and hard-hitting alternative rock, “LACE” is a testament to the group’s versatility. This fusion of genres seamlessly mingles with one another while still being aesthetically euphoric. What’s more, the trio execute all this within two minutes, making it the perfect summer tune to have on an endless loop.

CHECK OUT: “Transcend To Wet”

CANDY’s “Transcend To Wet” needs no introduction. Taken from their sophomore album, Heaven Is Here, the extreme-metal track is a rager from the second it begins, opening with slamming vocals and guttural screeches. Electronic sounds skillfully weave their way into the experimental track to bring together their genre-agnostic vision.