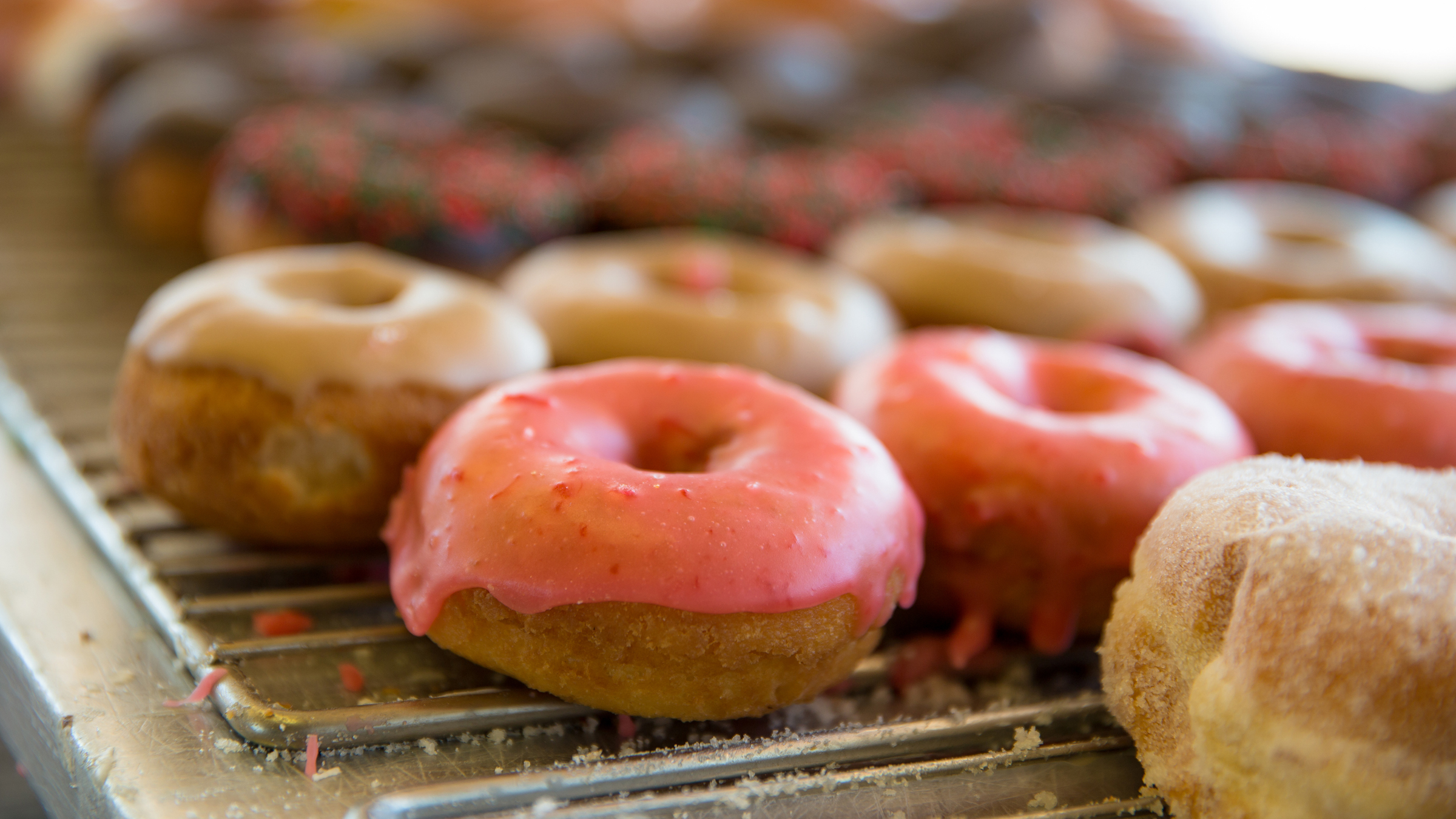 Randy’s Donuts keeps rolling in to new neighborhoods around Los Angeles, and on December 1, you can catch the latest opening from the world-famous doughnut chain.

That’s the day Randy’s launches its Torrance outpost, located at 23330 Hawthorne Boulevard, and in true Randy’s fashion you’ll be able to score a free doughnut on opening day. Simply drop by between 6am and noon for a free raised glazed doughnut, or follow Randy’s on Instagram and nab your freebie between noon and 8pm. Into fanfare? There’ll be a ribbon cutting ceremony held at the newest Randy’s at 11am.

The Inglewood-founded chain opened in Pasadena in September and runs locations in Century City, El Segundo, Downey and still maintains its iconic Inglewood outpost featuring the giant doughnut on the roof, and it also has shops in the works for South Korea, the Philippines and the Middle East.

But Randy’s isn’t stopping in Torrance. Today the chain announced another destination: The company just signed a lease at 1231 Wilshire Boulevard in Santa Monica, and though we don’t have an exact opening date for its Westside space just yet—we can expect it sometime toward the start of 2021—we do know there’ll be a Randy’s sprouting up in Costa Mesa sometime in the next couple months.

Each Randy’s offers roughly 60 varieties of doughnuts, cinnamon rolls and other treats, and when paired with the brand’s rapid expansion, you get thousands of freshly baked doughnuts that need eating from Pasadena to South Bay. We’ve all got a lot of delicious, delicious work cut out for us.

Randy’s Donuts opens in Torrance at 23330 Hawthorne Blvd on December 1, with hours of 6am to 8pm Sunday to Thursday, and 6am to 9pm on Friday and Saturday.

– Can I travel for Thanksgiving? Here’s what L.A. County says.
– There’s a holiday-themed food drive-thru headed to L.A.
– Rooftop Cinema Club is returning as a drive-in on an airport tarmac in Santa Monica
– This new Arts District brewery is all about hard kombucha and soul food
– El Segundo’s over-the-top Candy Cane Lane is canceled for the first time since the ’40s