Franklin declares victory in school board race, one of the most expensive in LAUSD history 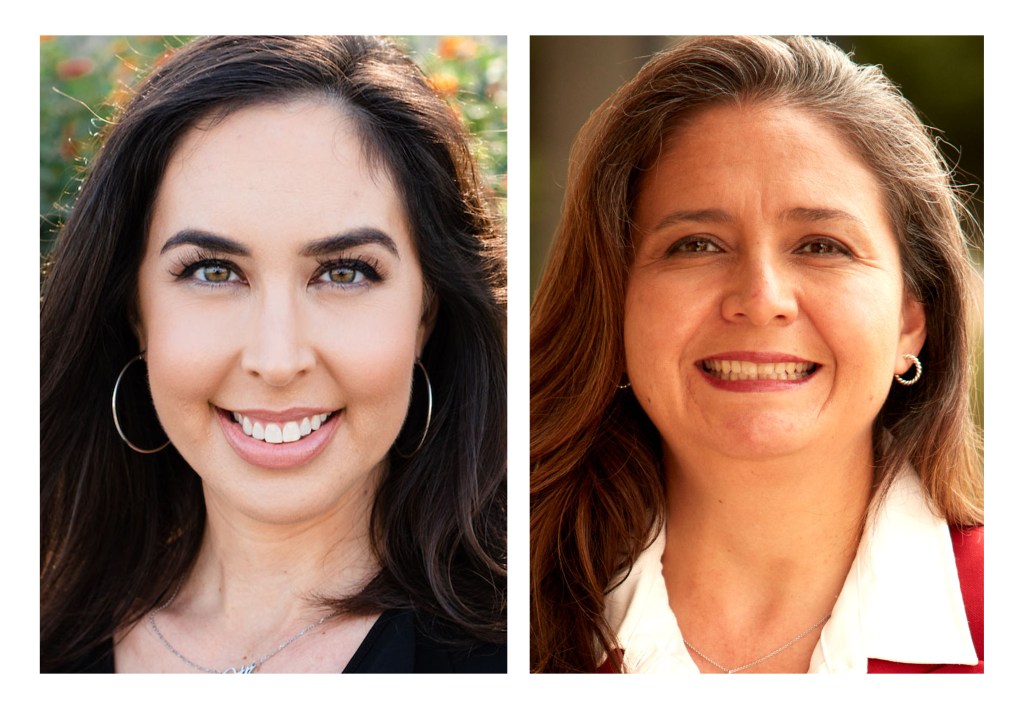 Los Angeles Unified school board candidate Tanya Ortiz Franklin has declared victory in the District 7 race, where her 16-point lead over Patricia Castellanos has not budged since election night.

Having captured 58% of the votes that have been counted so far compared to the 42% that’s gone to Castellanos, Franklin posted a statement on social media shortly after 8 a.m. Friday, Nov. 6, saying she was “deeply honored that the voters of Board District 7 have chosen me as their next representative.”

The county registrar’s office is still counting votes, and the results that have been reported thus far are only considered semi-official.

The winner of the election will take over the seat being vacated by school board President Richard Vladovic, who could not seek reelection due to term limits. District 7 covers the Watts-to-Harbor area of L.A. County.

Franklin had said Wednesday she felt “positive” about her chances of winning but refrained from declaring victory. A few hours later, however, her rival conceded the race and wished her “the best of luck.”

“I want to thank Patricia Castellanos for her hard-fought campaign and know she will continue to serve our community well,” she stated.

District 7 is among the most expensive school board races in LAUSD history.

As of Tuesday, about $5.03 million in independent expenditures had been spent in the primary and general elections by pro-charter school and education reform groups to promote Franklin or to attack her main rival, according to filings with the Los Angeles City Ethics Commission. During that same period, $1.57 million — less than a third of what the other side had spent — had been poured into the race by pro-labor groups and others allied with the teachers union in support of Castellanos or to oppose Franklin.

Heading into Election Day, multiple indicators had suggested that this could be a much tighter race. Castellanos and Franklin were separated by less than 3.5% of the votes during the primary election, with Castellanos coming out ahead. Additionally, the current school board was split in its support of the candidates, with four members endorsing Castellanos and the other three backing Franklin.

Franklin said she believed her experience as a classroom educator ultimately helped seal the deal in her favor.

The 36-year-old attended schools in LAUSD from the sixth through the 12th grade and returned to the area after college to teach English and history to middle school students for five years. After getting laid off by the district in 2010, she attended law school, then went to work for Partnership for Los Angeles Schools, a nonprofit which manages 19 LAUSD schools that serve some of the highest-needs students.

Castellanos, 50, is the deputy on workforce and economic development issues for L.A. County Supervisor Sheila Kuehl and co-founded Reclaim Our Schools LA, a coalition of teachers, parents, students and community groups focused on bringing resources to public schools.

She headed into Election Day with the support of the county’s Democratic Party and L.A. Mayor Eric Garcetti, as well as the school district’s main labor groups. She was also endorsed by current school board members Richard Vladovic, George McKenna, Scott Schmerelson and Jackie Goldberg.

The mother of a second grader in the district, Castellanos had campaigned on the idea that the district would benefit from having the perspective of a current LAUSD parent on the board.

But she said her campaign “could not overcome the amount of money poured into this race by outside big money.”

Franklin, meanwhile, had the support of the other three school board members — Monica Garcia, Nick Melvoin and Kelly Gonez. She was also endorsed by two former L.A. mayors, Antonio Villaraigosa and Richard Riordan.

“I look forward to strengthening existing relationships and to forging new ones with our school staff members, families, labor partners and many others who care deeply about our children as we work together towards every child being fully prepared for college, career and life,” Franklin stated.

2020-11-06
Previous Post: Motorist leads authorities on car chase at Van Nuys Airport
Next Post: Compton post office could be named after 1st Black Marine to get Medal of Honor