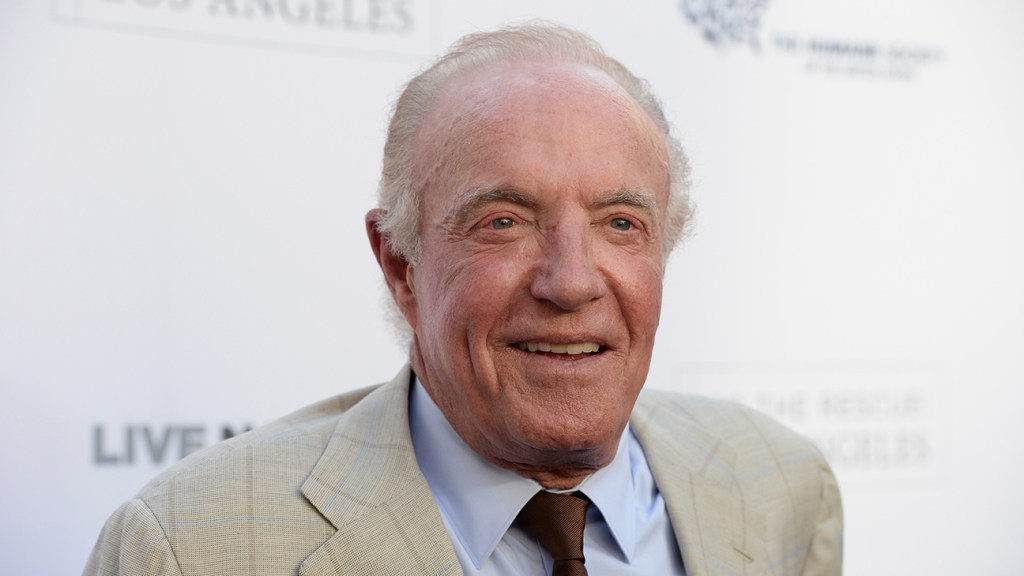 Adam Sandler, James Gunn and Edgar Wright were among those in Hollywood who shared their remembrances, tributes and condolences on social media Thursday following the news of the screen icon James Caan’s death in Los Angeles.

The actor’s rep told The Hollywood Reporter that Caan died Wednesday night at 82, confirming a Twitter post from his family. No cause of death was revealed.

Caan’s long career was marked by a number of memorable roles across decades and genres, chief among them Sonny Corleone in The Godfather. Other parts he’s known for include Godfather Part II, Misery, Thief, Brian’s Song, The Gambler, Elf and Rollerball.

“Jimmy was my fictional brother and my lifelong friend,” Caan’s Godfather costar Al Pacino said in a statement. “It’s hard to believe that he won’t be in the world anymore because he was so alive and daring. A great actor, a brilliant director and my dear friend. I’m gonna miss him.” Robert De Niro added: “I’m very, very sad to hear about Jimmy’s passing.”

In a statement, Francis Ford Coppola said, “Jimmy was someone who stretched through my life longer and closer than any motion picture figure I’ve ever known. From those earlier times working together on The Rain People and throughout all the milestones of my life, his films and the many great roles he played will never be forgotten. He will always be my old friend from Sunnyside, my collaborator and one of the funniest people I’ve ever known.”

“James was a good man, a kind man, a family man, and a wildly gifted man — whose great talent will always be loved and remembered. My prayers are with his family that he treasured so dearly,” said Talia Shire.

Michael Mann said in a statement, “What a terrible and tragic loss. Jimmy was not just a great actor with total commitment and a venturesome spirit, but he had a vitality in the core of his being that drove everything from his art and friendship to athletics and very good times. There was a core of values within him about how people should be, more or less. It might be variable, the corners could be rounded with urban irony, but there was a line and it was non-fungible. And it produced many outrageous and hilarious anecdotes.”

Mann continued, “I loved him and I loved working with him. He reached into the core of his being during difficult personal times to be the rebellious, half wild child, institutionalized outsider Frank, in my first film, Thief. Frank is half Frank, half Jimmy.  The character and the man – like his Sonny in The Godfather – were made for each other. Unique. What a loss.”

In one of the first social media tributes to Caan, comedian and actor Adam Sandler tweeted he loved the actor and “always wanted to be like him. So happy I got to know him. Never ever stopped laughing when I was around that man. His movies were best of the best. We all will miss him terribly. Thinking of his family and sending my love.”

Misery director Rob Reiner replied to the tweet confirming Caan’s death, writing: “So sorry to hear the news. I loved working with him. And the only Jew I knew who could calf rope with the best of them. Love to the family.”

Elf’s Will Ferrell said in a statement about his big-screen father, “I will always treasure my time spent on and off camera with James Caan. He always had great stories and advice. Without him, a movie like Elf doesn’t work.”

Fellow co-star, this time in 1975’s Funny Lady, Barbra Streisand, shared a photo of the two to her Twitter account, before writing, “I’m so sorry to hear about Jimmy. He was so talented.”

Director and writer James Gunn tweeted out an appreciation for his favorite Caan movies, writing, “There are so many movies of his I love, The Godfather films of course being at the very top, but here are a few more I adore (Thief in particular was a Gunn family classic — I had the poster on my wall in high school).”

Author and nonprofit founder Maria Shriver tweeted that it was “So sad about Jimmy Caan. He was a legend. He was always kind to me. Sending his family my love.”

Star Trek franchise actor Brent Spiner shared a memory of him crossing paths with Caan while at Paramount. “I once passed James Caan in the commissary at Paramount Pictures. He looked me over in my Data makeup and uniform and uttered just one word, ‘Working?’” Spiner tweeted. “Honored.”

James Caan. Loved him very much. Always wanted to be like him. So happy I got to know him. Never ever stopped laughing when I was around that man. His movies were best of the best. We all will miss him terribly. Thinking of his family and sending my love. pic.twitter.com/a0q8rCP1Yl

So sorry to hear the news. I loved working with him. And the only Jew I knew who could calf rope with the best of them. Love to the family.

I’m so sorry to hear about Jimmy. He was so talented. #JamesCaan pic.twitter.com/5CB1NKTYa9

I’m heartbroken to hear of Jimmy’s passing. Shocked. No words. Thank you, Jimmy. Love you, your ‘Kat’ @James_Caan

James Caan was a true delight. My favorite memory of him was shooting part of a montage for the end of Elf and he started playing piano — he played beautifully — I sang and he played and I was just astonished by his talent! pic.twitter.com/dnzryK81Fd

Rest In Peace James Caan. There are so many movies of his I love, The Godfather films of course being at the very top, but here are a few more I adore (Thief in particular was a Gunn family classic – I had the poster on my wall in high school). 🙏❤️ pic.twitter.com/mhrtGMzB0S

RIP to a genuine megawatt movie star, Mr Jimmy Caan, star of not just The Godfather, but also Thief, Misery, Freebie And The Bean, Slither, Rollerball, Bottle Rocket, Gardens Of Stone, The Way Of The Gun, Honeymoon In Vegas, Elf & many more. Enjoy this deadpan classic.
“Ta da.” pic.twitter.com/2oqeAymgaD

DAMN. We Lost Another Great- @James_Caan. Many Know Jimmy From THE GODFATHER But Please Check Out “Da Work” He Did In THIEF Directed By Michael Mann. Rest In Paradise🙏🏾🙏🏾🙏🏾🙏🏾🙏🏾🙏🏾 pic.twitter.com/AGpjRb25Zl

James Caan was an icon – a legend. He inspired everyone who has ever been in front of a camera. I was lucky to work with him and see his talent and his fantastic sense of humor firsthand. He was a great training partner in the gym and a true friend, and I’ll miss him.

So sad. Such an incredible, towering actor. RIP https://t.co/k3sUZA7JpS

My second acting job was w @James_Caan. He was so much fun. From that moment on he always had my back. Jimmy, I treasure every second 🤍 Go with God. Sharon pic.twitter.com/2F1JN0rICk

Very sad to hear the news that James Caan has died. Heartbroken for his family & his friends. Wonderful to know him & call him a pal. Jimmy was so supportive of Gary Sinise Foundation & my work w/ our veterans. He will be missed. Thank you my friend. Rest In Peace. God bless you pic.twitter.com/BJYJkSepOW

Very sorry to hear about the passing of James Caan, who gave an Oscar-worthy performance as Paul Sheldon in Rob Reiner’s exceptional film version of MISERY.

Legend… Rest in Power, Jimmy. Our condolences to Scotty and his family🙏 @James_Caan https://t.co/hMxewtpJLc pic.twitter.com/3rDAT30HTj

RIP James Caan. Shocked. Was lucky enough, after a lifetime of loving his work, to get to work with him and I loved him as a person even more. Funny, warm, self-deprecating, and effortlessly talented. They say never meet your heroes, but he proved that to be very very wrong

Well, this just sucks about James Caan. I was lucky enough to work with him & be friends. Always a fun guy to be around. He was always supportive of my career. He even did a cameo in my tv special and got Robert Duvall to be in it. A highlight of my career. God bless James Caan.

James Caan always had the funniest stories. Once he told me Coppola had the habit of grabbing food off his plate & eating it, so one day he made a sandwich with very hot jalapeños between two pieces of buttered bread, & waited outside Coppola’s airstream…

It is heartbreaking to hear the news about James Caan leaving us. Truly one of my favorite people to ever work with. His heart so full of love for his co-workers, a blast to be around, loyal & protective. A beautiful legend on the silver screen. Rest in Love & Peace Jimmy ❤️🙏🏼 pic.twitter.com/qV0Prz7Tb1

I named my son after Santino Corleone in the Godfather and the man who infamously played him passed away today on my son‘s birthday. From one Sonny to another… God bless you James Caan & Happy Birthday Sonny!#SantinoRafaelLopez #JamesCaan #TheGodfather #HBDMijo pic.twitter.com/rFSW7JY9Ma

We were lucky enough to work with James Caan on Cloudy With a Chance of Meatballs. He brought a pathos and authenticity to the role of Tim Lockwood that held the film together. RIP to a legend pic.twitter.com/tmk3JdOgE3

A great actor has left us. Deepest condolences to all of his family and loved ones. RIP @James_Caan pic.twitter.com/GeDnlBVHvB

I was blessed to star opposite this icon. He taught me patience and professionalism. RIP my friend. pic.twitter.com/gwccIrcFDu

Sad to hear of James Caan’s passing…it was an honor and pleasure to know and work with a true legend like Jimmy. My deepest condolences to his family and loved ones. RIP. 🕊

We celebrate the life and career of @James_Caan and send condolences to his family. From Brian’s Song to The Godfather to Misery and Elf, Jimmy’s celluloid legacy lives on. #sagaftramember since 1960. https://t.co/2Yfk7JWeKG

In remembrance of the legendary James Caan. Rest In Peace. pic.twitter.com/jHynv2BcR9