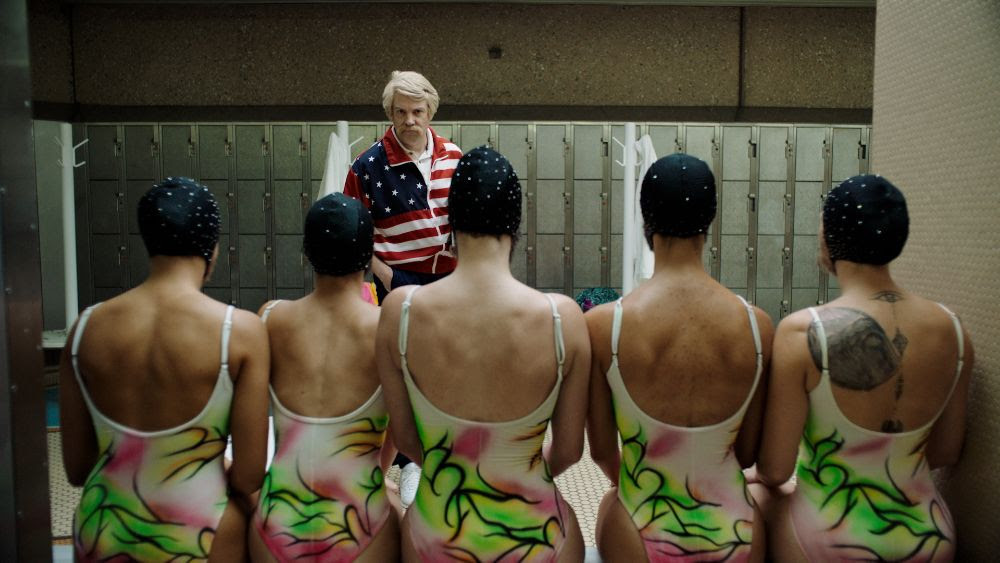 At this point, we all know how busy the Foo Fighters have been in 2021. Between the films, documentaries, tours, Rock and Roll Hall of Fame induction and trolling the Westboro Baptist Church, Dave Grohl and company have done it all. They released Medicine at Midnight, their 10th studio album, and also put out a Bee Gees covers album for Record Store Day in July.

Today, the band shared a new video for “Love Dies Young” that was written and directed by Grohl. The video stars Ted Lasso‘s Jason Sudeikis in a spoof of… Ted Lasso. Sudeikis plays a swimming coach whose swimmers are none other than the Foo Fighters (whose faces have been superimposed on swimmers’ bodies). As usual, it’s a pretty memorable video from a band with a history of putting out hilarious ones.

On top of all of that, the band performed with Nandi Bushell on stage in Los Angeles. Bushell played drums on set closer “Everlong.” They also took home the first-ever Global Icon Award at the VMAs. To say this has been a big year for the Foos would be an understatement at this point.

In addition to his Foos duties, Grohl released his first book, The Storyteller, in October.