Finneas on COVID-Era Creativity, Not Being Starstruck and His Dream Collaboration

“When I’m in the room with another artist, I’m only there because I’m an admirer of their work, so I’m just trying to help them make something good,” Finneas O’Connell tells SPIN. “When I’m in a room alone, it’s about expressing myself and making sure that I am honest and exacting when I finish stuff. I don’t like to make sloppy work.”

And he now finds himself in high demand — on both fronts. After the success of his sister Billie Eilish’s 2019 debut, When We All Fall Asleep, Where Do We Go?, which hit No. 1 and won him a Producer of the Year Grammy, Finneas has been slammed with work from pop monoliths like Halsey, Selena Gomez, Camila Cabello and Justin Bieber. And he’s somehow making time for his own solo projects — including his first EP, 2019’s Blood Harmony, and timely 2020 singles like “Can’t Wait to Be Dead” and “Where the Poison Is,” the latter a response to the presidential election.

Of course, he’s accomplished all this at age 23. Despite achieving massive success at this early stage in his career, he comes across as grounded and humble in his Zoom chat with SPIN. We spoke with the multi-talented artist to find out what comes next. 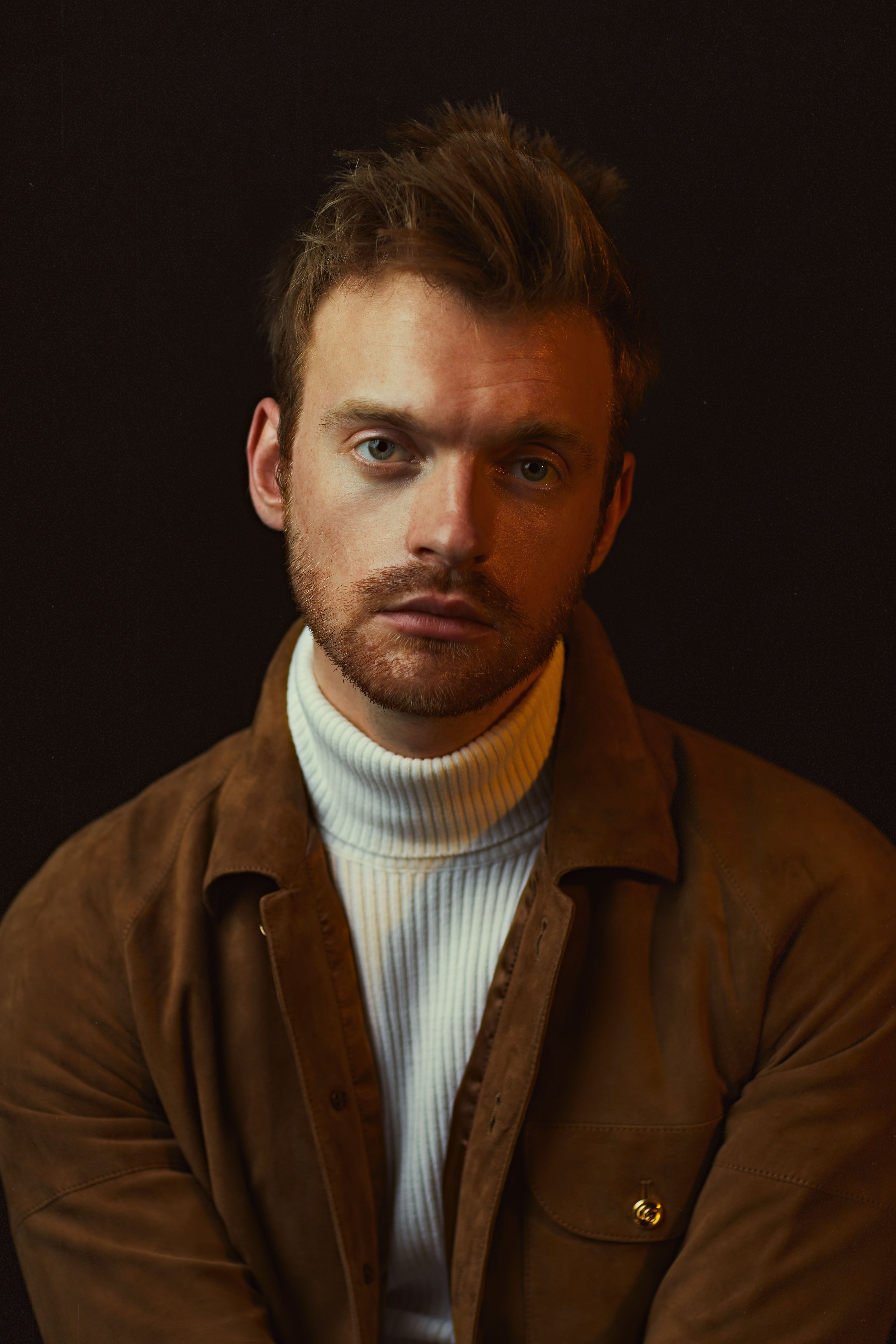 SPIN: How have you been? What have you been working on lately?
Finneas: I’ve been good. I’ve been working on a bunch of stuff — a lot of it actually came out this past week. I did Demi Lovato’s latest song [“Commander In Chief”], and I did “Lonely” with my friend Benny [Blanco] and Justin Bieber. Those two things have been projects I’ve been excited about for a minute. And just a lot of new songwriting with Billie [Eilish], for myself and a couple of other people, but I’m not at liberty to say [who] yet…

“Lonely” is a very poignant song. How did that project come about?
It was awesome. Benny and Justin have done a couple things together, my favorite of which was “Love Yourself,” and Benny and I have been friends for a long time. So he was like, “Hey, Justin’s team is looking for ideas for the next body of work. You wanna try and start something together?” So we just sat down and started writing, and I was like, “To be honest with you, I just think being Justin Bieber must be the loneliest thing. No one else has gone through what he’s gone through from such an early age,” and we started writing a song about what I imagined it might be like to be Justin. He’s a brave dude, and he decided he was down to sing it.

How has it been writing with Billie? Has quarantine changed your process at all?
I mean, we’re working on a ton of stuff all the time. Our process is very similar, even in the non-quarantine period of our lives; we’re just sitting in a room together, working everyday. Over the last year or two, we’ve started recording on the road more because we just don’t have time at home to finish stuff. So it has been nice in that sense to just sit for long periods of time and work on the same thing. That’s been really fun, and we’re writing every day. Everything that we’re working on I’m very pumped for people to hear.

You work with different artists all the time. How does the process differ when you write music for yourself versus for other people?
Well, I think when I’m writing for other people, I’m strictly assisting. I’m a teammate. I heard someone recently [use] a sports analogy that I thought was interesting: Producing and writing for another artist is a little bit like basketball; I gotta pass the ball and set somebody up to make a great shot. Then when I’m producing and writing and recording for myself, it’s a little more like tennis — I gotta hit that ball.

Working with so many high-profile artists, do you ever get starstruck?
At the risk of offending anyone I work with, I don’t typically work with people I’m starstruck by because I don’t think I would be very helpful. As an example, he’s never asked, but if I worked with Paul McCartney — like the idea that Paul McCartney would sit there, like [uses British accent] “What do you think about this idea?” and that I would ever have the balls to be like, “I think it could be better!” I would never be able to do that with someone I idolize so much. It’s much more effective to have someone you are super respectful of than someone who takes your breath away. Is there anyone you dream of working with?
Yeah, I hear new people all the time that I’m like, “Damn, that is really exciting. I would love to work with this person.” I’ve spent the last couple of weeks listening to nothing but Death Grips, and I don’t know if there’s any room on [a future] Death Grips record, but I’ve been so inspired by their music that if they ever wanted to do anything, I would lend a hand instantly.

You put out a couple of new singles recently. “What They’ll Say About Us” and “Can’t Wait to Be Dead” seem to have quite differing messages. Can you explain the meaning behind them?
[Laughs.] Yeah. “What They’ll Say About Us” is me on an optimistic day, thinking about how the world might actually become a better place and we might be on the road to progress — to less racism and less bigotry and less division. And “Can’t Wait to Be Dead” is me on a slightly less optimistic day. It’s mainly a song about my experience on the Internet every day — just the habits I realize I’m in when I’m waking up and checking my Instagram and looking at Twitter and checking the news and watching Youtube videos, just the onslaught of information and how much news I’m consuming and opinion-based stuff. I guess it’s more about my unhealthy relationship with the Internet than it is about the world at large.

I think that’d be very relatable to everybody.
We shall see. It’s a funny song. When I put out music, it’s such an interesting thing because as soon as it’s out, I don’t get to call the shots anymore. Whoever listens to it gets to think whatever they want. I was listening to it on my way home, and it’s a departure for me from what I usually make. It’s a kind of a rock ballad with big drums, big electric guitars and stuff. It sounds a little bit like a hit song from the early ‘90s to me. It sounds like a real throwback, so I have no idea how it’s gonna do. I don’t know if kids are gonna like it. [Laughs.] But I really love listening to it, and I hope kids enjoy it.

What is your favorite project you’ve ever worked on?
I don’t really have a one-size-fits-all answer. In terms of all the music I’ve put out thus far, “I Lost a Friend” so honestly articulates how I was feeling at the time. Everybody I’ve ever met goes through at least one point in their life where they and their best friend have a falling out of some kind and it’s devastating. It’s an [under-explored] topic in songs. Most songs are about family and love and romance — there aren’t a lot of songs about platonic friendship, and I feel very proud to have written a song that, at least, helps me articulate how I was feeling. So I think that would be my current answer.

You won six Grammys this year. Do you feel that winning those awards puts pressure on what you put out next?
I mean, not really. I think, in essence, I was never making music to try and win Grammys. If I’d made music to try and win Grammys, I probably would’ve made a different album, and then I wouldn’t have won any. I think had I been nominated and not won, maybe I would feel a desire to get nominated again, but as it stands, I think if I were hoping to win any more it would be so greedy. I have a whole shelf’s worth. I have more than enough. I just feel liberated. I get to make music forever and pay my bills from that. It’s a great feeling.

It’s SPIN’s 35th anniversary — where do you see yourself in 35 years?
In 35 years I’ll be 58, so that’s up there. Well, I assume that I’ll have a different priority structure at that point. Aside from my philanthropic financial endeavors and donating my time to help deliver food to people in need and stuff like that, I live a very selfish life. I wake up and think about what I want that day. That’s probably much less of a part of parenting, and I have a real desire to have kids in my life. I don’t imagine I’ll ever stop loving making music, but I’m sure there will come a point in my life where I’m not touring more days of the year than I’m [home] or staying up all night producing records. Our parents put us first in such a big way, and I wanna do that for any future kids I have. So assuming I’m lucky enough to live that long, that would be my fantasy.

How do you hope the music business will change in 35 years?
I hope an even higher percentage of people feel empowered in the next 35 years. I feel like I’m riding the wave of a lot of people my age self-producing, self-releasing and self-A&R-ing their own records. That’s fairly new, like a last 10 years thing. There are outliers, but I think the DIY artist is more mainstream than ever now, and I hope that trend continues and kids just keep making inspired stuff. I’ll just be honest: All of the stuff that I love wasn’t overthought, like, “Oh, we have to make a hit song.” I hope that continues to evolve that way.