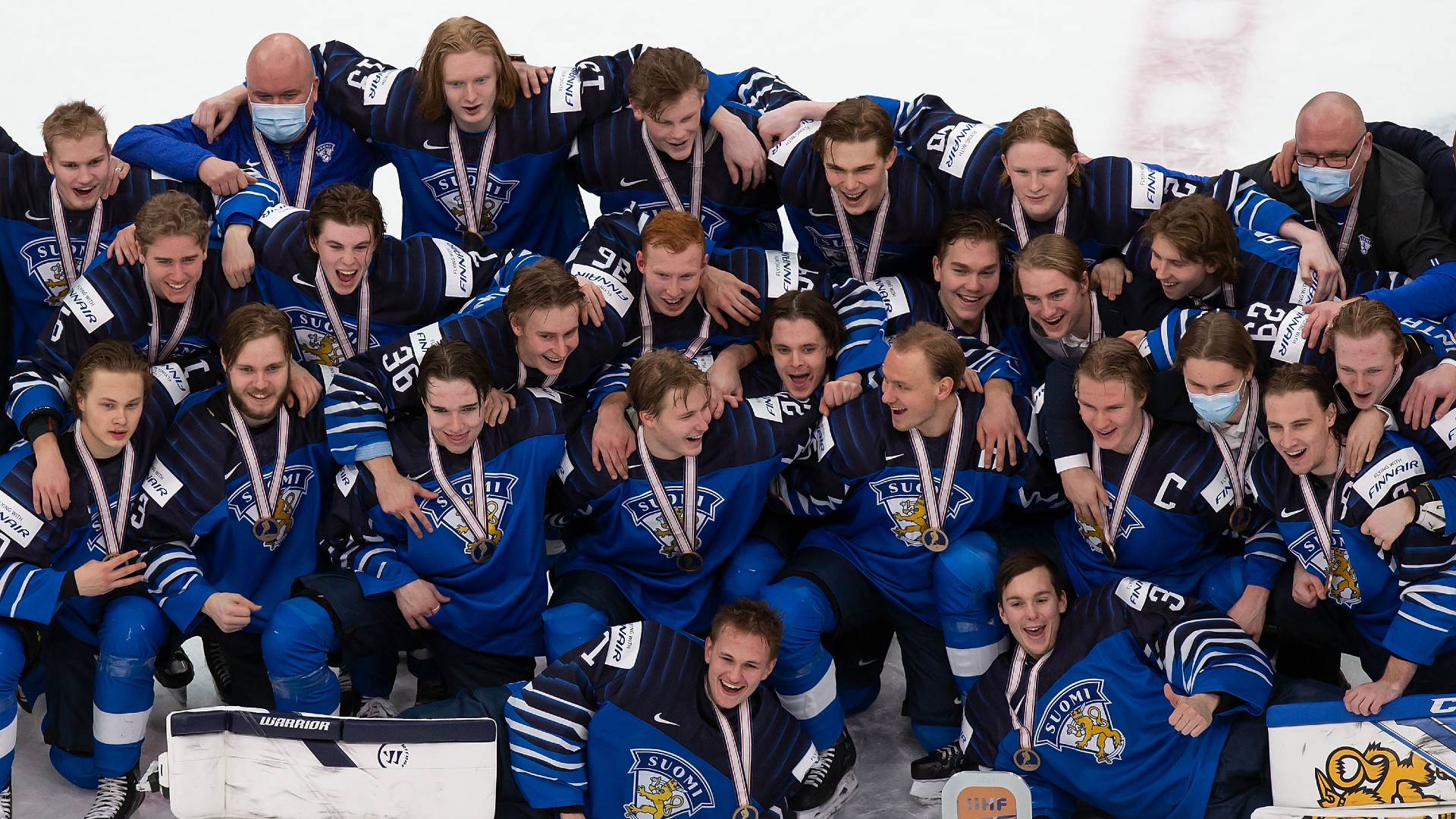 Taking on Russia, the Finns, once again, came back and scored four unanswered goals to win the country’s first bronze medal since 2006. The medal marks the fourth one the last eight years for the country but the other three were golds. The Finns lost to Sweden in last year’s bronze-medal game.

Finland’s comeback 4-1 victory on Tuesday night should not surprise anyone. They entered the game after a heartbreaking loss to the U.S. where they fought back to tie things up late in the third before Arthur Kaliyev scored the game-winner with 76 seconds left. In the quarterfinals, it was a comeback win late against the Swedes.

MORE: How Canada and the U.S. match up for gold-medal game

Captain Anton Lundell, who has been one of the tournament’s top forwards, netted the tying goal in the second period before adding an empty-netter in the third. Sandwiched in between was the game-winner by Mikko Petman. Both even-strength goals were tip-ins.

It’s was a tough turnaround for the teams; they had to go from losing in the semifinals and having golden dreams dashed to getting ramped up for a chance to not leave empty-handed. Russia came out firing and took a 1-0 lead less than seven minutes into the game. Ilya Safonov potted the goal on the rebound to beat Kari Piiroinen but in the end, the Finnish netminder ended up stopping 28 of 29 shots.

His Russian counterpart, Yaroslav Askarov, looked a lot better in net than he did against Canada as he stopped 28 of 30 shots. Askarov is one of seven players that can return in 2022 for Russia.

Sporting News had all the action as Finland won bronze.

7:56 p.m. — EN GOAL. The captain Anton Lundell, who has been a force all tournament for Finland, ices it with an empty-netter with 1:28 left. Finland leads 3-1.

7:55 p.m. — Scramble in front and good chance — Russia thought they scored — but Piironen had it.

7:53 p.m. — Finns making big blocks including one by Santeri Hatakka off a point shot that stung.

7:46 p.m. — No luck. Russia’s Podkolzin runs into his own teammate in the neutral zone and his stick gets up in the face and cuts one of the Finns giving them a four-minute penalty.

7:37 p.m. — Askarov makes a stop on the point shot but can’t control the rebound but recovers with a nice kick save and a beauty.

7:24 p.m. — GOAL . Off a double deflection, first by a Russian defender and then by Mikko Petman, Finland takes the lead just 1:13 into the final frame. Finland leads 2-1.

7:00 p.m. — Anton Lundell with a pass across the royal road but Eemil Viro, coming down from the point, can’t connect on it as his stick gets caught up at a weird angle. Viro goes face-first into the board and leaves holding his back after the training came out.

6:59 p.m. — Finland gets a power play after some after the whistle greetings.

6:58 p.m. — Finland with a good chance off a scramble in front as a shot goes off the goal post in between.

6:31 p.m. — Fifteen seconds in and Ville Heinola gets called for high-sticking. Russia heads to the power play. (They would not score)

6:12 p.m. — First period comes to an end. Russia came out fast but Finland picked up its game as time went on. Remember: never count the Finns out.

6:05 p.m. — Finland breaks in 2-on-1 but Artemi Kniazev (SJS) breaks up the Anton Lundell pass. The Finns have elevated their game after coming out flat.

6:02 p.m. — Now it’s Askarov with the big save as Aku Raty’s feed is perfect to two crashing Finns but Juuso Parssinen can’t bang it in.

6:00 p.m. — What a save by Piiroinen as he point-blank robs Rodion Amirov (Maple Leafs) on the doorstep. Amirov should have had an easy goal there as the puck deflects to him. What a save.

5:58 p.m. — Just under nine minutes left in the period and Askarov makes a glove save on the second Finnish shot he’s seen all game.

5:45 p.m. — Podkolzin off the pipe with a deflection chance. Not a shot on goal but Russia is outshooting the Finns 3-0.

5:43 p.m. —  Yegor Chinakhov comes off the bench and breaks in all alone but Kari Piiroinen makes the stop. Great heads up pass by 2021 eligible Kirill Kirsanov to spring him.