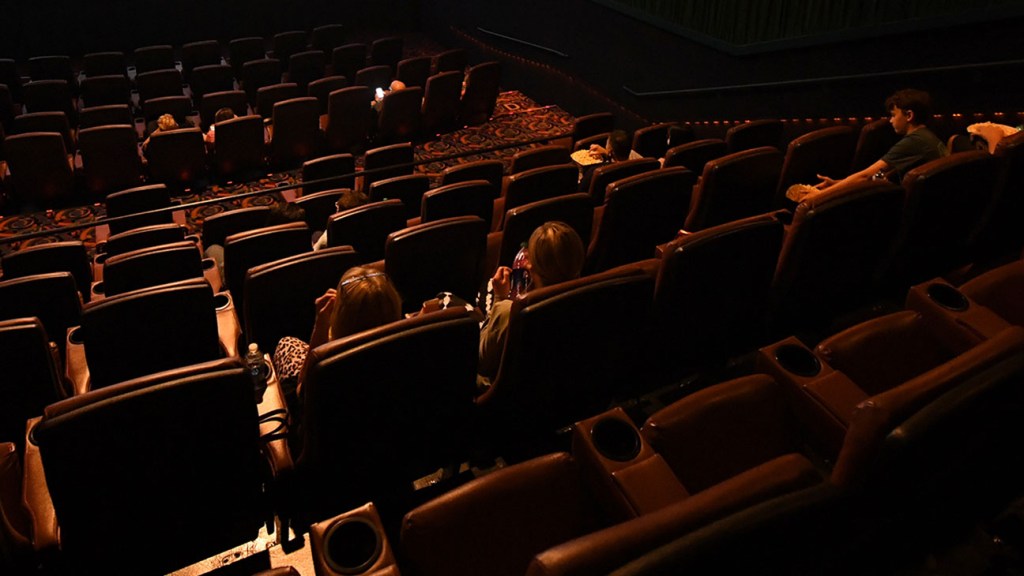 While the majority of film festivals are headed up by full-time executive directors who work the entire year, they largely rely on other kinds of workers — part-time and seasonal workers, independent contractors and volunteers — to fill out different director-level roles, according to a new survey from the Film Festival Alliance.

Of the film festivals surveyed by the film festival nonprofit’s 2022 “Film Festival Staffing, Workforce & Compensation Survey,” whose results were released in a presentation Wednesday, 78 percent reported employing a full-time, year-round executive director, while only 46 percent had operations directors, 39 percent had programming directors, 19 percent had finance directors and 9 percent had hospitality directors working in that capacity. The festivals surveyed, on average, boasted 8.2 full-time employees, 3.1 part-time employees, 10.4 seasonal employees and 7.9 independent contractors, with about 1.4 positions currently open. The report noted that 16 percent of all festivals that participated in the survey were entirely run by volunteers.

“For many roles, it’s very likely festivals are going to use an approach other than a full-time, year-round employees in that role,” survey analyst Woody Smith of strategy consultant firm Avenue ISR said during Wednesday’s presentation.

The survey, which incorporated confidential responses from 111 individuals at 108 different organizations given in January and February, looked at how festivals paid their workers in the prior fiscal year, what kind of workers they employed, and how they approached raises and professional development. While the names of festivals that participated in the survey are being kept confidential, festivals that are both members and nonmembers of the Film Festival Alliance took part. Film Festival Alliance members include AFI Fest, Sundance Film Festival, DOC NYC and SeriesFest, among others.

When it comes to independent contractors in particular (which 82 percent of all festivals surveyed hire), about half of festivals surveyed provided those people with accommodations or hospitality stipends during their work for the festival. Festivals with annual revenue between $250,000 to $499,999 were most likely to provide stipends or accommodations (67 percent), while those earning less than $100,000 annually were least likely (38 percent), followed by festivals with revenue of $1 million or more (46 percent).

“It is a common refrain that nonprofits pay low wages; the reasons range from ‘We put all the money into programs’ to ‘We’re cash-strapped.’ In our report, we find a mixed bag on wages — usually, the bigger the budget, the higher the wages, but not always,” Film Festival Alliance executive director Barbara Twist wrote in an analysis of the survey. “We also see certain roles command more secure employment (full-time, higher wages), while others less so (contractor + seasonal, lower wages), without a clear connection as to why those roles are considered more, or less, important to the organization. We hope this expanded interpretation of the survey data offers questions and solutions you can take to your organization as you look towards improving and growing.”

Several survey questions also probed HR policies on a variety of work issues. When it came to remote versus in-person work, 51 percent of festivals said they gave all workers “opportunities” to work remotely, while 15 percent said some workers have the ability to work offsite and 35 percent were entirely remote. No festivals said they were entirely back to working in person. Over half of festivals required employees to be vaccinated for COVID-19, while 20 percent did not have any particular policy on vaccination. The report further highlights that while over 98 percent of festivals surveyed reported taking steps to improve diversity, equity and inclusion at their organizations, only 48 percent said they had “detailed procedures for reporting incidents of discrimination and/or bias in the workplace.” Forty-eight percent of organizations said their salary information is public or available to employees upon request, while 36 percent said they did not have a wage transparency policy at all.

With regard to developing workers’ careers, most film festivals (55 percent) said they conducted annual performance reviews, but the report notes that “relatively few have defined career pathways for employees”: 11 percent said they had a “defined career pathway for some employees” and 6 percent reported having a “defined career pathway for all employees.” The main factors that contribute to wage raises at these festival organizations, according to the report, are “tenure with organization” and “skills and replaceability,” with 48 percent of respondents and 37 percent of respondents citing those elements as being considerations in raise decisions.

“Relatively few festivals are using industry or sector market data when they think about raises and making changes in compensation,” noted Smith during Wednesday’s presentation.

Added Twist in her analysis, “A great aspect of film festivals is that you often find passionate people working at them, particularly in higher-level roles.” She added, “However, without appropriate professional development or succession planning, festivals can suffer from stagnation in leadership (often referred to as ‘Founder’s Syndrome’), or a substantial wage gap between the Executive Director, whose board sets their salary and conducts their reviews whilst also approving the organization’s budget, and the lowest paid worker, who relies on their manager to advocate for them in the budget, while the manager also must advocate for themselves in the budget.” Twist noted that the survey found that executive directors at festivals with budgets under $999,999 make on average less than two times as much as their lowest-paid full-time worker; at organizations with budgets over $1 million, executive directors make on average 3.5 times as much.

In conclusion, Twist wrote, “We are dealing with limited funds, no bones about it. Nonprofits historically do a lot of work with limited budgets. We can take pride in the work we’ve accomplished under those conditions, but we do not need to accept or keep those conditions as we move forward.” She added, “The festival community is a generous, supportive network. We can work better together in tackling many of these systemic issues, uplifting those of us making progress, and offering assistance to those of us struggling with the next steps.”

Started in 2010, the Film Festival Alliance, which has around 240 organizational and individual members, advocates for film festivals and offers professional development opportunities for workers in the field, overall seeking to create a “sustainable and inclusive environment for our industry within the cinema exhibition ecosystem,” and “a powerful collective voice for film festivals and the people who run them,” according to its mission statement. The Alliance conducts periodic surveys, previously asking festival representatives about compensation, grants and awards provided to filmmakers in 2021, inquiring with organizers and audience members about the state of film festivals in 2020 and conducting a film festival worker salary survey in 2019.