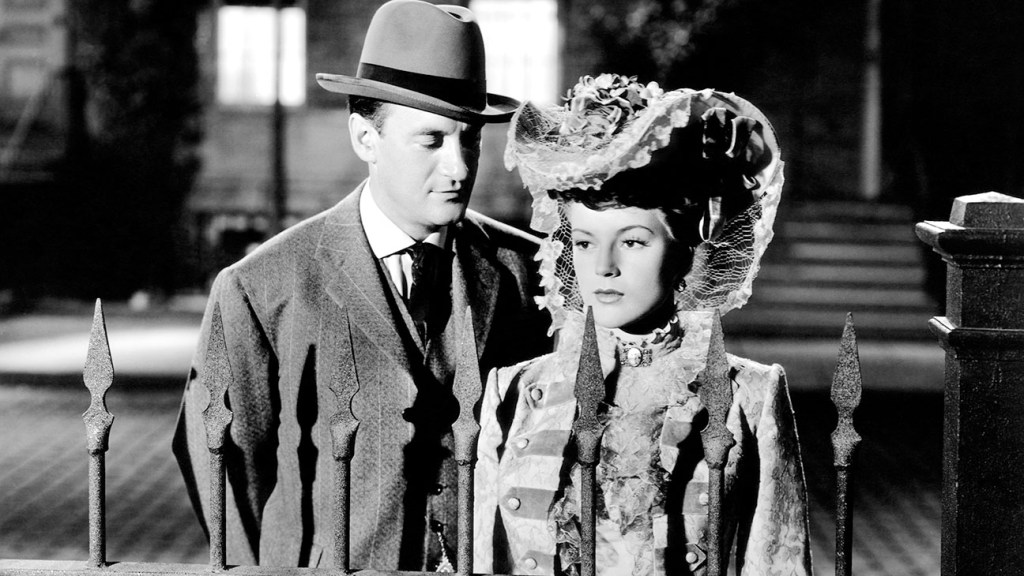 Faye Marlowe, a 1940s starlet best known for her turn opposite the doomed Laird Cregar, Linda Darnell and George Sanders in the film noir classic Hangover Square, has died. She was 95.

In her brief Hollywood career, the dark-haired Marlowe also starred alongside Richard Conte in The Spider (1945), another excellent film noir; with Richard Crane in Johnny Comes Flying Home (1946); and, as the title character, with Eddie Albert in Rendezvous With Annie (1946).

After she appeared on the stage for John Brahm, the German director gave her a key role in her first movie, Fox’s Hangover Square (1945). She played the pianist girlfriend of a mild-mannered composer (Cregar) who suffers from blackouts and becomes a serial killer in the turn-of-the century, London-set thriller scored by Bernard Herrmann.

(Cregar, who was on a crash diet during the making of the movie, suffered a fatal heart attack while undergoing surgery two months before the film was released and died in December 1944 at age 31.)

Born in a Salvation Army Home for Unwed Mothers in Los Angeles on Oct. 26, 1926, Marlowe was adopted by a successful couple in Hollywood.

Her mother, known as Fanchon, produced live stage shows under the banner Fanchon & Marco that served as prologues for films in movie houses — Bing Crosby, Myrna Loy and Judy Garland got their starts in those revues — and produced movies, too. Her father, William Simon, was a restaurateur (the Lyman’s chain).

She worked again with Brahm in The Thief of Venice (1950) and showed up on three episodes of the syndicated anthology series Conrad Nagel Theater in 1955 before leaving acting.

Marlowe also lived in France, Italy and England, and as Faye Hueston, she wrote about the search for her birth parents in her memoir, Fanchon’s Daughter, published in 2014.

Survivors include another daughter, Andrea; grandchildren Kaeli, Kenzy and Micheal; and great-grandson William.