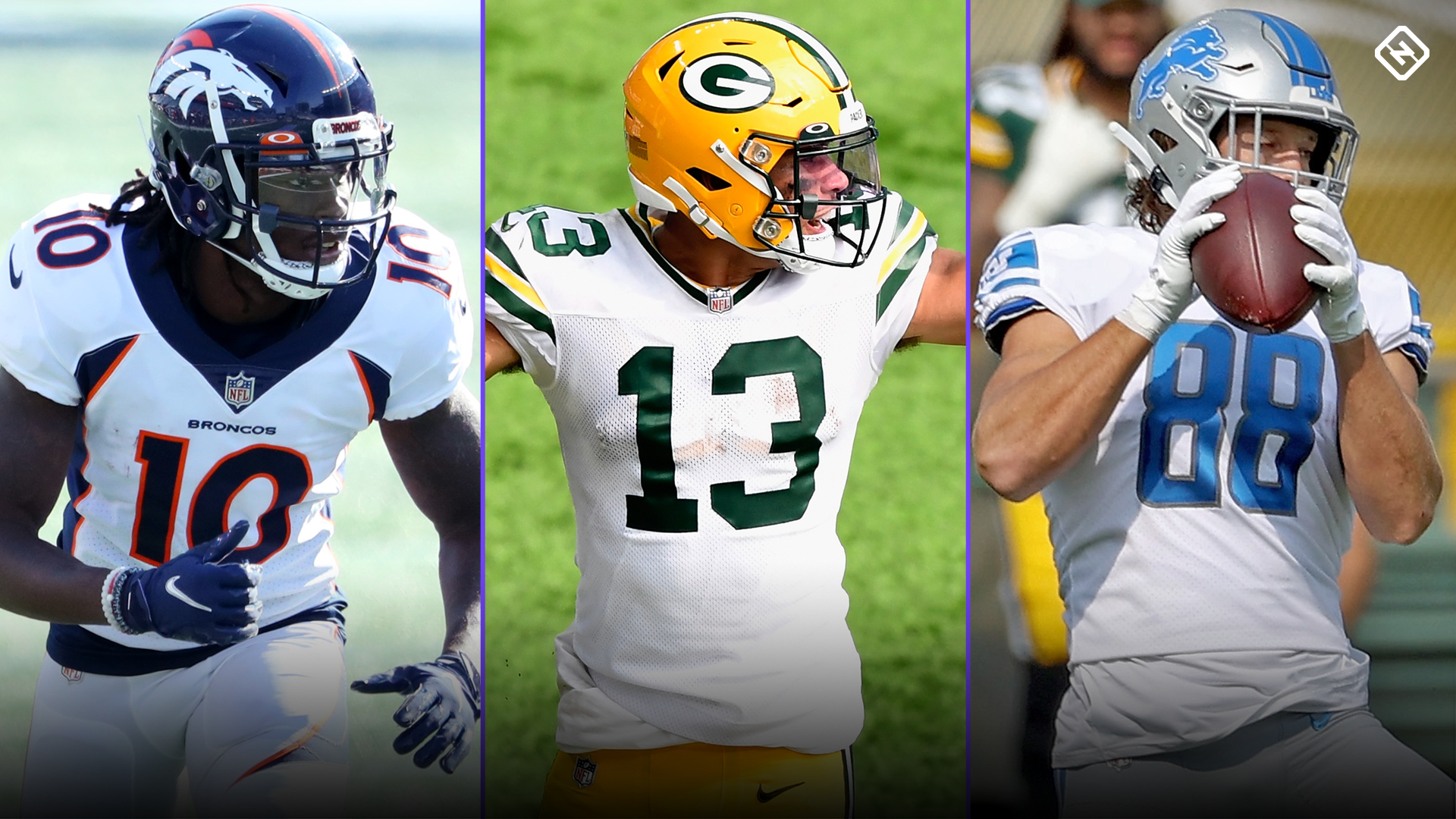 The big-name injuries at WR and TE aren’t as bad as RB, but some fantasy football owners are feeling the sting of not having Kenny Golladay or Deebo Samuel, both of whom have already been ruled out. Allen Lazard also won’t be suiting up this week (though it’s possible many don’t realize that), while Jerry Jeudy, T.J. Hockenson, and Robert Tonyan are all “questionable” heading into Sunday’s games. All three will factor into start ’em, sit ’em decisions, so it’s imperative to know their active/inactive statuses prior to locking in your lineup.

We’ll have the latest news below right up until kickoff. For updates on banged-up RBs Mark Ingram, Damien Harris, Kenyan Drake, and Matt Breida, click here; for news on Allen Robinson, go here. For all the latest fantasy news, follow us on Twitter @SN_Fantasy.

Is Jerry Jeudy playing this week?

Despite being limited in practice all week, Jeudy (shoulder) is expected to play on Sunday against Las Vegas, at least according to Broncos coach Vic Fangio.

Jeudy has taken over as Denver’s top receiver in the past two games, posting 11 catches and 198 yards on 24 targets. He’d be a surefire WR2/3 against Oakland’s shaky pass defense if he’s active. If he’s a surprise scratch, Tim Patrick and KJ Hamler would see more targets and be in play as starters in standard and PPR leagues.

Is Allen Lazard playing this week?

Despite Packers coach Matt LaFluer saying Lazard (core) had a chance to play this week against Jacksonville, the breakout receiver was not activated from the IR on Saturday, which means he will be out at least one more week.

It’s a bit of a surprise after Lazard seemed likely to return in Week 9, but the Packers clearly have their reasons for holding him back. Marquez Valdes-Scantling, who caught two touchdowns last week, will serve as the No. 2 opposite Davante Adams. Against the Jags, that gives him at least standard-league flex value.

Is T.J. Hockenson playing this week?

Hockenson (toe) got in a limited practice on Friday after sitting out Thursday, and despite being “questionable,” he’s expected to play against Washington on Sunday.

Washington has been one of the worst defenses in the NFL against tight ends this season, so as long as Hockenson is active, he should be in fantasy lineups. If he’s a surprise scratch, Jesse James would fill in, but he’d be nothing more than a desperation play given how little we’ve seen of him this year.

Is Robert Tonyan playing this week?

Tonyan suffered an ankle injury in practice on Thursday and missed practice on Friday, which puts his status for Sunday’s game against Jacksonville in doubt.

The Packers have been beyond careful with injuries this year, and given that they’re heavy favorites against the Jaguars, it wouldn’t be a surprise to see them hold Tonyan out. Marcedes Lewis and Jace Sternberger would split TE reps in this favorable matchup, but it’s tough to pinpoint which is more likely to see targets, making both high-risk, medium-reward plays. You can likely do better.