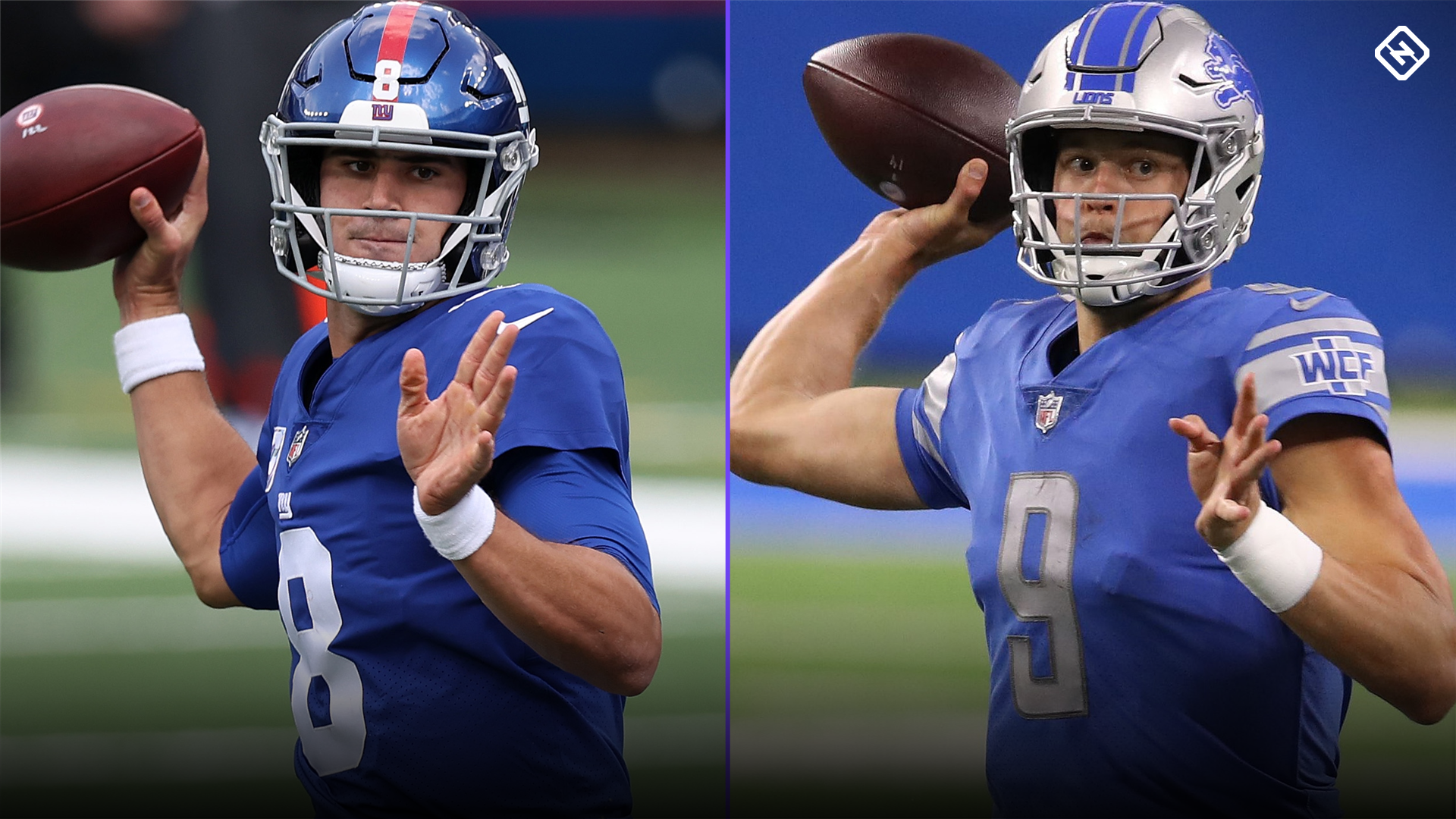 There are probably aren’t many fantasy football owners planning to start either Daniel Jones or Matthew Stafford this week, at least in single-QB leagues, but that doesn’t mean the statuses of these two “questionable” signal-callers won’t affect Week 14 affect start ’em, sit ’em decisions. That’s why we’ll be providing the latest injury updates for both below until their respective games kick off.

Is Daniel Jones playing this week?

Jones (hamstring) was limited in practice this week, and according to The Athletic’s Dan Duggan, Jones’s “final check” on Saturday “went well,” which would seem to indicate that Jones will start against the Cardinals this Sunday.

Despite the favorable matchup, Jones is too risky to trust in single-QB leagues with your season on the line, but he does have some upside in two-QB/superflex leagues. Jones is also a preferable option to Colt McCoy when it comes to enhancing the values of New York’s other offensive players.

Is Matthew Stafford playing this week?

For the second straight week, Stafford (thumb) was limited in practice all week and is “questionable” for Sunday’s game. Also just like last week, there doesn’t appear to be any concern he’ll actually be out.

The Packers present a tough matchup on paper for Stafford, but that’s been true of most of his best performances this year, including last week against the Bears (402 yards, three TDs). He’s a mid-tier starting option in single-QB leagues this week, but his presence makes Marvin Jones a decent WR3 and T.J. Hockenson a must-start tight end.