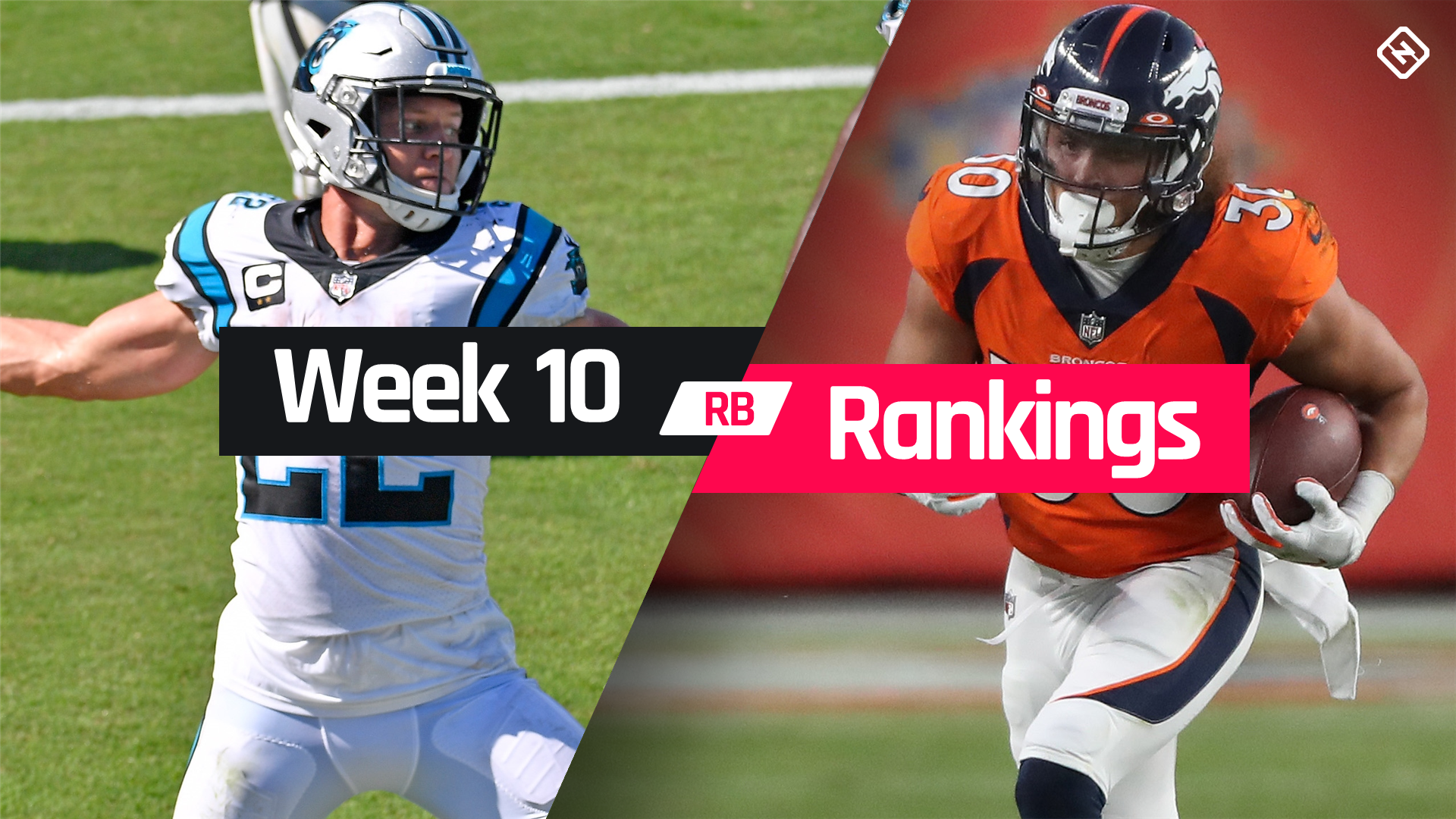 As we enter Week 10, the running back position is gradually getting healthier. Fantasy football owners will be happy to see that some of their top injured backs are expected to return  after a lot of missed time. In Week 9, Christian McCaffrey and Aaron Jones made their triumphant comebacks, and in Week 10, Nick Chubb, Miles Sanders, and Joe Mixon will likely be back. Questions about Chris Carson (foot), Kenyan Drake (ankle), Mark Ingram (ankle), and Devonta Freeman (ankle) remain, and all will have big impacts on the depth of our Week 10 fantasy RB rankings.

For now, we’re tentatively assuming that Carson and Freeman will return and Drake and Ingram will each need another week before having a chance to come back. As a result, Chase Edmonds and the Gus Edwards/JK Dobbins duo will continue to rank higher than usual for at least one more week. Pete Carroll seemed to think that Carson would have a chance to play in each of the past two weeks, and while that hasn’t quite materialized and Carroll tends to be overly optimistic about injuries, Carson still seems to be trending in the right direction.

Of course, there still will be some key fantasy running backs out because of byes. With the Chiefs, Cowboys, Falcons, and Jets idle, the likes of Clyde Edwards-Helaire, Le’Veon Bell, Ezekiel Elliott, Todd Gurley, Frank Gore, and La’Mical Perine will be out of action. That will knock out a couple of normal RB1s and deplete the depth of the RB2/flex range.

Luckily, there are some solid risers who can make an impact for fantasy owners. Antonio Gibson (@ Lions) has a good matchup and has been getting increasingly involved in the Washington offense.  The same can be said of Phillip Lindsay (@ Raiders), who seems to be getting more opportunities to touch the ball than Melvin Gordon. Those two should be firmly in the RB2 category most of the rest of the way barring an injury.

The 49ers, Dolphins, and Chargers RB rooms are impossible to figure out at this time. With three of their top four backs hurt, the 49ers are mixing up Jerick McKinnon and JaMycal Hasty unpredictably. Both have upside in a strong rushing offense, but it’s hard to know if the opportunity will be there for either. The Dolphins are also banged up, as Myles Gaskin (knee) is on IR and his replacement Matt Breida (hamstring) couldn’t play in Week 10. Relying on Jordan Howard, Salvon Ahmed, or DeAndre Washington doesn’t seem like a safe bet, though Howard does have some TD upside. Justin Jackson (knee) might be out for the Chargers, which means Joshua Kelley and Kalen Ballage will split time.

Thankfully, at least a few committees have some good matchups this week. The Bucs two-back attack of Leonard Fournette and Ronald Jones gets to take on the Panthers and their weak run defense. The same can be said for the Ravens, as Edwards and Dobbins will take on a Patriots team that has struggled to contain the running game this year. All four of those players will fall into the RB2/flex category for Week 10.

Reminder: As always, we expect to make plenty of changes to these RB rankings throughout the week, so check back for updates.

These rankings are for standard, non-PPR leagues.