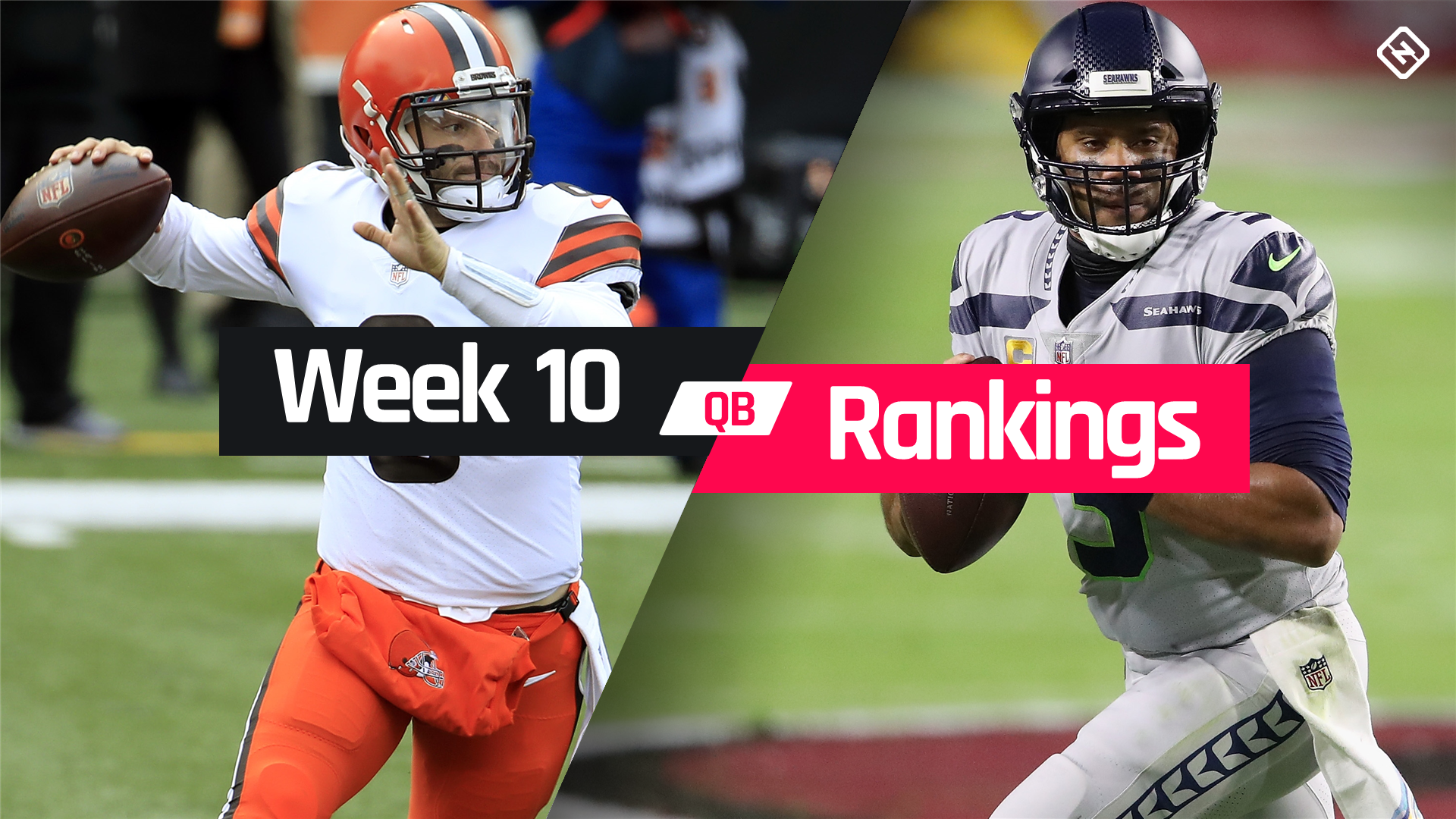 It’s not that bad of a week for quarterback byes, as just two of the four (Patrick Mahomes, Matt Ryan) are regular fantasy starters (Jets and Cowboys QBs are also off), but our Week 10 fantasy QB rankings are still a bit rough. Tough matchups for several good/borderline QBs and favorable matchups for up-and-own signal-callers will have owners wondering which sleepers they can trust and which potential busts, if any, they should stick with.

Lamar Jackson (@ Patriots), Tom Brady (@ Panthers), Drew Brees (vs. 49ers), Ryan Tannehill (vs. Colts), Matthew Stafford (vs. Washington), Joe Burrow (@ Steelers), and Cam Newton (vs. Ravens) all have tough matchups on paper, but Jackson is still a must-start and both Brady and Brees have too many weapons to truly be off-limits. The other four are probably best left on benches, though.

Rising up to potentially take their spots are Jared Goff (vs. Seahawks), Derek Carr (vs. Broncos), Baker Mayfield (vs. Texans), and Carson Wentz (@ Giants). If you want to go a little deeper, you can try your luck with Drew Lock (@ Raiders), Tua Tagovailoa (vs. Chargers), Philip Rivers (@ Titans), Nick Foles (vs. Vikings), Alex Smith (@ Lions), and Nick Mullens (@ Saints). The latter three are probably best left to two-QB leagues, but Lock, Tagovailoa, and Rivers are in play in deep single leagues.

One thing to watch is Mayfield’s status. He’s been placed on the COVID list after close contact with someone who tested positive. As long as Mayfield doesn’t test positive, he’ll play this week (like Matthew Stafford last week), but obviously his lack of early-week practice reps could be enough of a reason to be worried about him despite a favorable matchup.

Even though this is a tougher week for QBs, there are still enough worthwhile options that you shouldn’t take a bad score there. Don’t be afraid to play the matchups if your usual starter is in a bad situation.

Note: Check back throughout the week, as we’ll continue to update our QB rankings up until kickoff based on the latest news and injury updates.

These rankings are for four-point passing TD leagues.