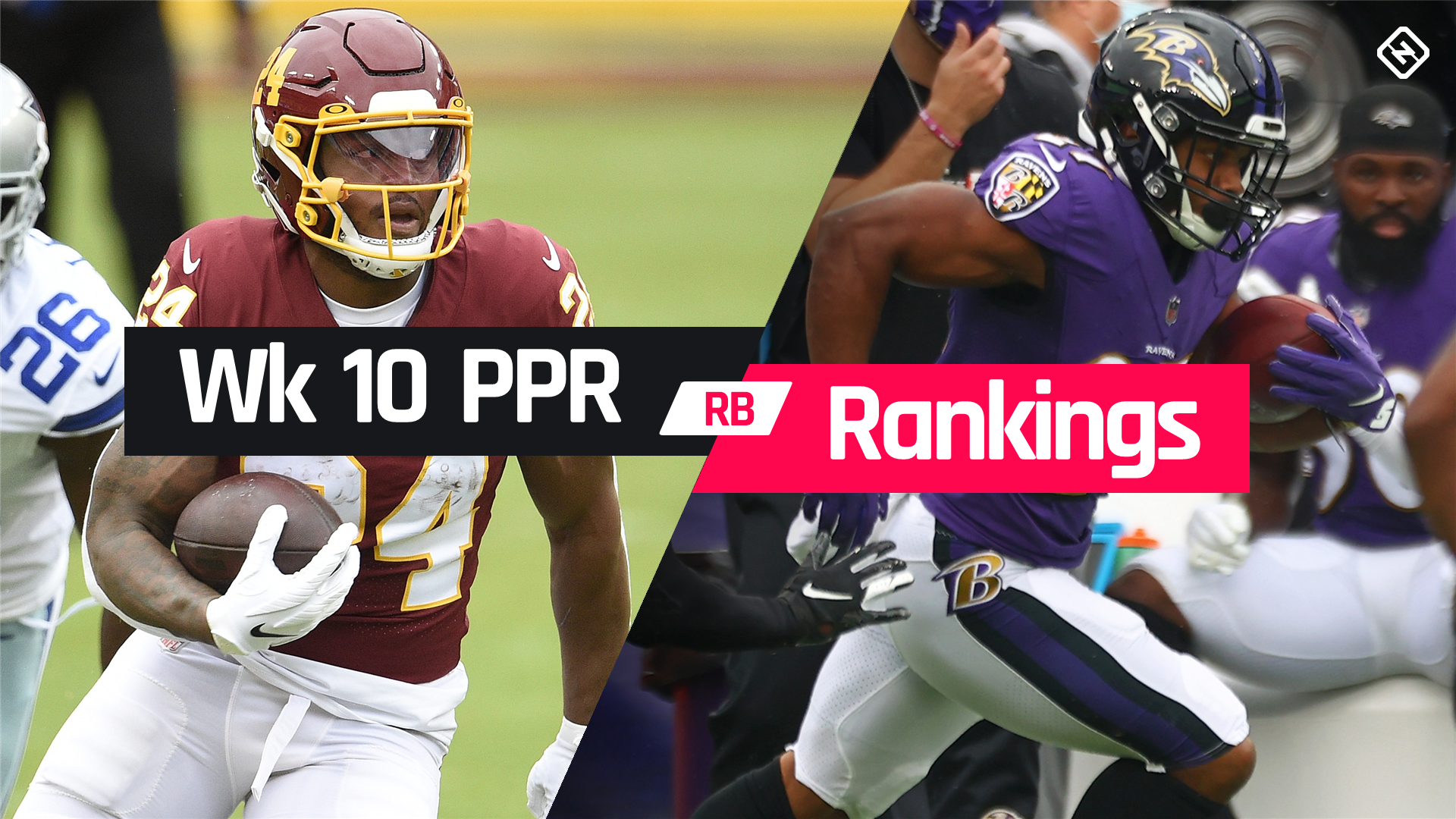 The running back position is starting to get stronger with several key players returning from injuries. However, it’s also becoming more frustrating, as there are plenty of backfield-by-committee situations that fantasy owners are having trouble figuring out. The PPR format makes it slightly easier to find worthwhile starters, but there are still some difficult situations that our Week 10 fantasy RB PPR rankings will have to sort through.

Most notably, the Chargers and Dolphins have impossible backfield rotations that even the PPR format doesn’t help too much. Without Austin Ekeler (hamstring), the Chargers have relied on a rotation of Justin Jackson, Joshua Kelley, Kalen Ballage, and Troymaine Pope. While it seemed like Jackson was going to be the leader after a big game against the Broncos, he barely saw action in Week 9 as he struggled through a knee injury. We still have him ranked higher than any other Chargers back this week, but obviously that depends on his status.

The same is true of the Dolphins right now. They are without Myles Gaskin (knee) and are trusting Jordan Howard, Patrick Laird, and Salvon Ahmed to carry the load. The only one with a clearly defined role is Howard, but his status as a goal-line doesn’t help much in PPR leagues. Maybe Laird or Ahmed could emerge as a good pass-catcher, but without defined roles, their PPR values are tough to figure out.

Thankfully, there are some things that are easier to decipher. For example, if David Johnson (concussion) is out, Duke Johnson (@ Browns) should be a top-15 play in PPR formats, as he’s a great pass-catcher out of the backfield and the Texans will be willing to trust him in that role. Elsewhere, players like Jerick McKinnon (@ Saints), Jamaal Williams (vs. Jaguars), J.D. McKissic (@ Lions), James White (vs. Ravens), and Nyheim Hines (@ Titans) will carry flex appeal, as well. That will create at least a little extra value to deal with the uncertainty at the position.

Nick Chubb’s potential return will likely result in a split in the Browns backfield, but Kareem Hunt (vs. Texans) will still have RB2 value in PPR leagues, at the very least. Miles Sanders (@ Giants) and Joe Mixon (@ Steelers) should limit Boston Scott’s and Giovani Bernard’s values, but both could still be used as low-ceiling flexes in PPR leagues.

Reminder: As always, we expect to make plenty of changes to these RB PPR rankings throughout the week, so check back for updates.

These rankings are for full-point PPR leagues.