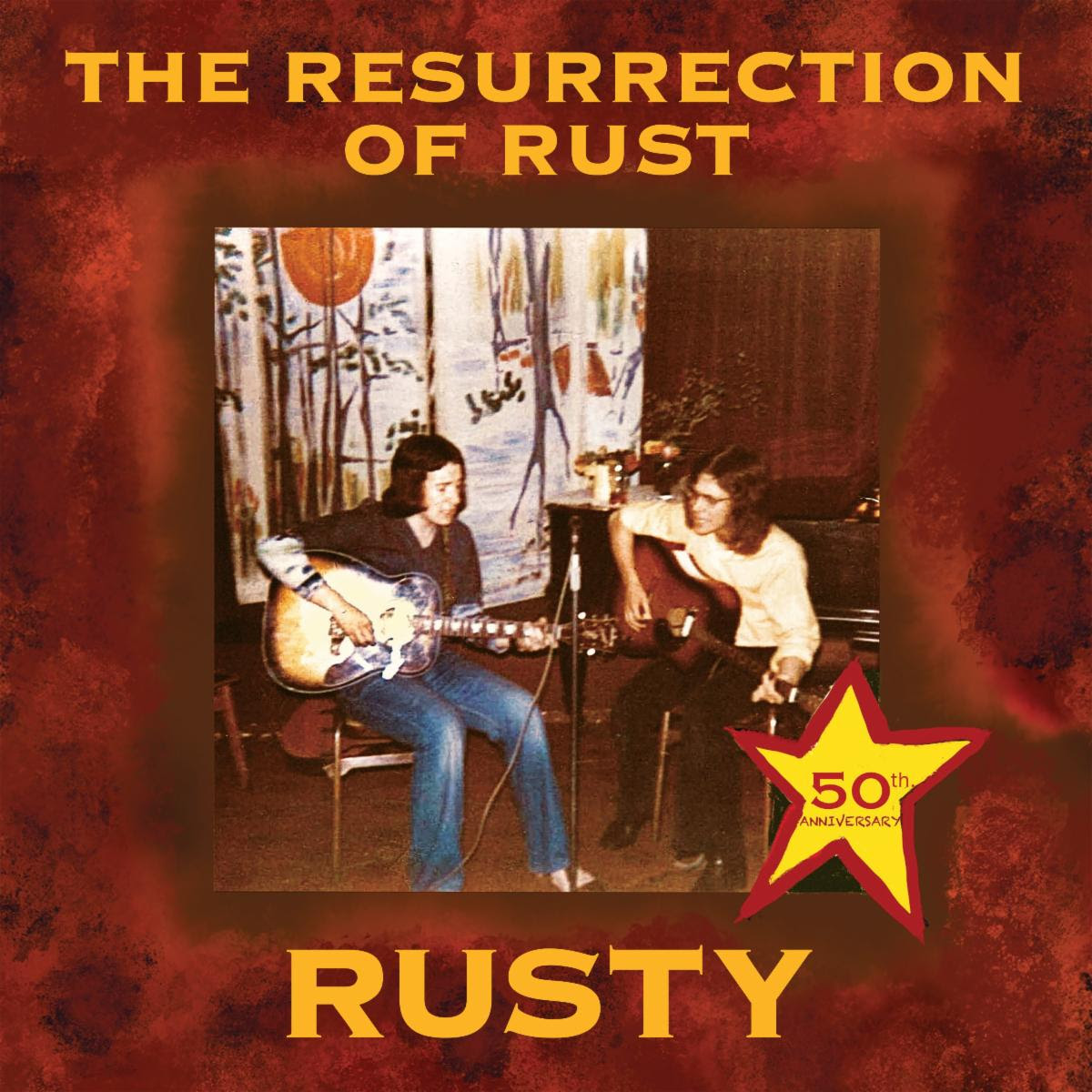 Elvis Costello has re-teamed with old friend Allan Mayes to record for the first time music they once performed back in the early 1970s in the band Rusty. The six-track EP Rusty: The Resurrection of Rust will be released by Capitol on streaming platforms on June 10, with a CD release following on July 1. Costello says Rusty is “the record we would have cut when we were 18, if anyone had let us.”

As the story goes, a 17-year-old Costello, at the time going by a variation of his birth name as D.P. MacManus, became a member of Mayes’ band Rusty on Jan. 1, 1972 and spent the next year playing modestly attended gigs in and around Liverpool. However, Rusty never recorded the material that made up its stage repertoire, including a couple of original tunes, until now.

The six songs on the upcoming release feature Costello and Mayes backed by Costello’s longtime band The Imposters: two Nick Lowe-penned songs, “Surrender to the Rhythm” and “Don’t Lose Your Grip on Love,” a song combining arrangements of Neil Young’s “Everybody Knows This Is Nowhere” and “Dance, Dance, Dance,” Kentucky songwriter Jim Ford’s “I’m Ahead if I Can Quit While I’m Behind” and two Costello/Mayes originals; “Warm House” and “Maureen and Sam.”

Costello says his experience in Rusty was “was all part of learning your trade, as we were certainly only earning enough money to put petrol in Allan’s Ford Anglia and, failing this, ran our own musical evenings until the club owner of ‘The Yankee Clipper’ realized that our Tuesday night crowd only nursed one pint of beer all night and didn’t put enough in the till to pay either the barman or the electricity bill and we were sent on our way to find safer harbor at ‘The Temple Bar.’”

“Remarkably, Allan still has an old school exercise book in which he kept a record of all the venues we ever played,” he continues. “The Resurrection Of Rust record sleeve is decorated with a collage of flyers, posters, playbills and diary entries of the time along with some of our setlist from that exercise book which also acted as an accounts ledger for our rather modest earnings, hitting the heady heights of £17 — our largest fee coming at our very final gig, opening up for Cockney Rebel — but frequently amounting to no more than a couple of quid and with several dispiriting entries which read: ‘Paid: Nil.’”

Rusty disbanded in 1973 when Costello left Liverpool, but Mayes has continued playing music ever since, from cruise ships in the Pacific Ocean to bars for oil industry workers in Alaska. The new recording sessions took place in Vancouver, Austin, Santa Fe, N.M. and Los Angeles, and were produced by Costello with frequent collaborator Sebastian Krys.

Says Costello, “Allan and I quickly re‐discovered the vocal blend that convinced us that we might conquer the world (or at least Widnes) when we were teenagers but to bring Rusty into the 21st century, I enlisted the talents of The Imposters and we were delighted to invite our old pal, Bob Andrews, to revisit his signature Hammond organ and piano parts on the Brinsley Schwarz showstopper, ‘Surrender to the Rhythm.’”

Costello and the Imposters have an extensive tour on tap starting June 5 in Brighton, U.K.